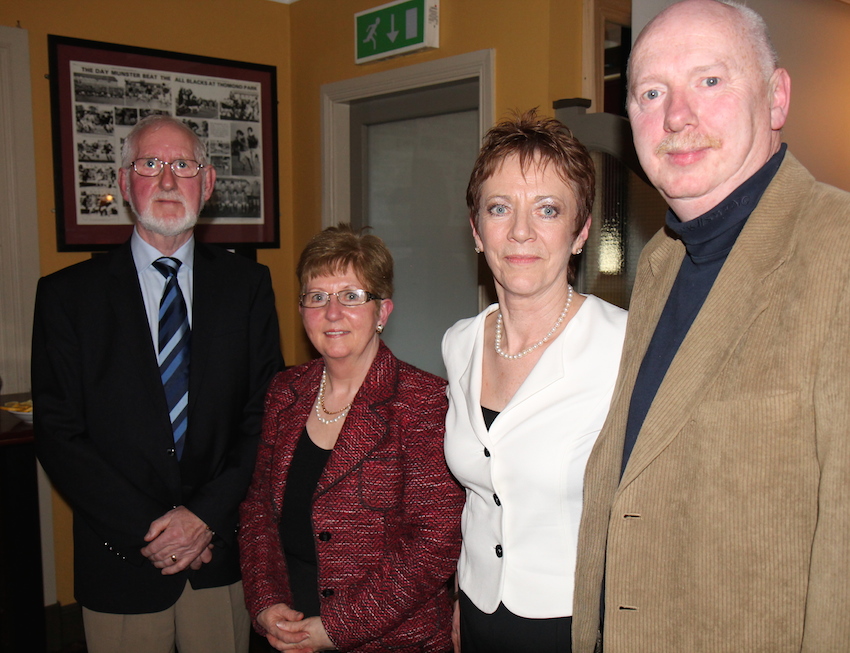 THE END OF AN ERA: CLVEC Adult Education Board holds its Final Meeting 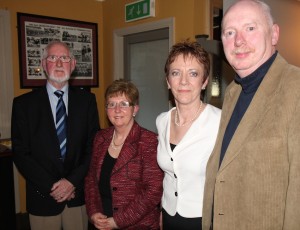 “Limerick was fortunate to have a group of people, who were willing to bring their expertise, effort and enthusiasm to the creation of a culture of adult learning right across the City”. Deirdre Frawley, former CEO of City of Limerick VEC, speaking at a reception held in Bobby Byrne’s, O’Connell Ave. highlighted the huge contribution it had made to life in Limerick, over the past 30 years. The reception was held on Tuesday evening, March 8, to mark the last meeting of City of Limerick VEC Adult Education Board.

The first Adult Education Board was established in Limerick in 1985 and since then five boards have served consecutively, each one formed immediately after the local government elections. However, following a Government decision to reduce the number of VECs across the country from 33 to just 16, City of Limerick VEC was amalgamated with Co Clare VEC and Co Limerick VEC, in July 2013, creating the new Limerick Clare Education and Training Board (LCETB). All of the former local VEC committees and sub-committees, including CLVEC Adult Education Board, will therefore come to an end next May, when the local government elections are held.

Members from each of the five boards attended the tribute event, along with City of Limerick VEC committee members and staff from Limerick City Adult Education Service. Board Chairman, Sean Treacy, who also has the distinction of representing Limerick Trades Council on every board since 1985, acted as host for the evening. He pointed out that many of the innovative adult education programmes and practices that were developed in Limerick City, over the past 30 years, were subsequently adopted across Ireland and throughout Europe. He believes that the secret of the Board’s success lies in its members’ ability to establish strategic relationships and work effectively in partnership with key players at local, national and EU levels.

Deirdre Frawley, who was Adult Education Officer from 1980 to 1998, recalled how in the early 80’s, when adult education had little or no funding, few staff, no premises and no profile, Limerick was fortunate to have a Board that believed in the value of adult education and was committed to providing people with opportunities for personal, social and job-related learning and development. From the beginning, its aim was to develop an outreach model that would bring adult education provision to every local community in Limerick. The Report from a Council of Europe delegation, who conducted a study visit here in 1989, highlighted “the dynamic model of community-based learning that was growing in Limerick”. From that time through to the late 90’s, Limerick City Adult Education Service experienced continuous growth, which included the expansion of Community Education and Adult Literacy provision and the introduction of Youthreach, VTOS and Adult Guidance Services.

Mary Hamilton, Adult Education Officer from 1998 to the present, explained how the Board’s focus has shifted, from one of expansion to one of consolidation. She pointed to the strong, integrated organisational structure of Limerick City Adult Education Service – now part of the Limerick Clare Education and Training Board, as being the most important outcome of this consolidation.

The formalities concluded with a slideshow entitled “Leaving a Legacy”, which showcased some of the key achievements of CLVEC Adult Education Board over the past 30 years. To have a look at this video slideshow go to www.lcaes.ie.