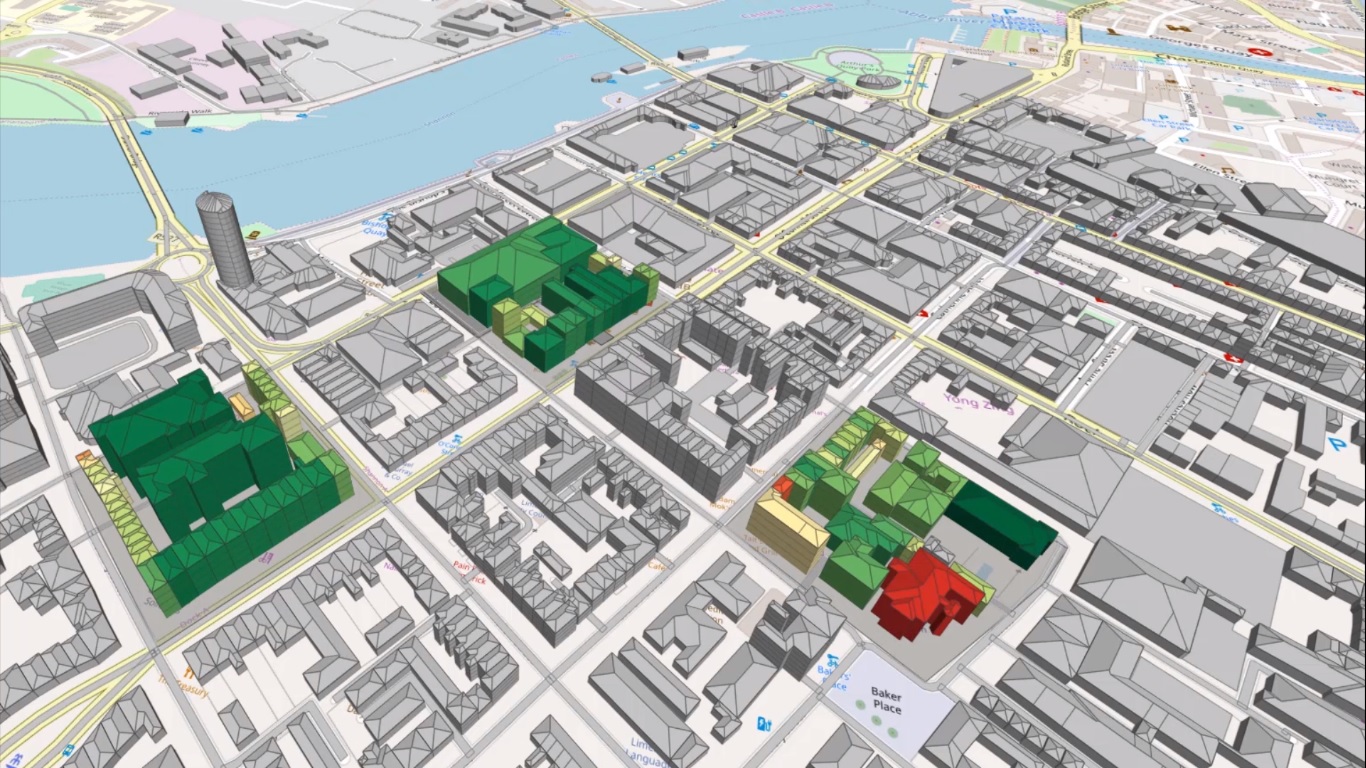 This summer, +CityxChange will carry out six energy-positive projects to revolutionise Limerick’s Georgian Neighbourhood and improve overall energy efficiency and the environment in Limerick.

Six Energy Positive Projects are to begin in Limerick city this summer following an open call for novel energy ideas in the heart of Limerick’s Georgian Neighbourhood.

The +CityxChange [Positive City Exchange] project is working to develop areas of “positive energy” in Limerick city which produce more energy than they consume.

Limerick is one of two EU ‘lighthouse’ cities involved in an effective climate-change pilot programme that will dramatically influence the rest of Europe on reducing the carbon footprint of urban areas. The EU +CityxChange Programme sees Limerick, along with Trondheim in Norway, roll out a project that can revolutionise how we produce and use energy in European cities and towns.

An open call for the project was made earlier this year, seeking innovative ideas to improve energy efficiency in homes, businesses, and residencies. The first Open Call ran last year with five projects focused on the laneways of the Georgian Neighbourhood.

Last September, owners and occupiers of the city’s Georgian Neighbourhood and anyone interested in a sustainable future for Limerick City took part in City Engage Week 2020, a week-long range of events focusing on sustainability and renewable energy for Limerick.

The EU Horizon 2020 programme supports the project, and the project team includes Limerick City and County Council, University of Limerick, GKinetic, and ESB Networks, among others.

24 Energy Positive Champions also support the project, Limerick people, that applied to help support the +CityxChange project, from people who live, work, or own a building in the Georgian Neighbourhood.

The Mayor of the City and County of Limerick Cllr Michael Collins also strongly supports the project, stating, “City Engage is a fantastic way for citizens to share their ideas and play an active role in determining how Limerick will develop particularly in the context of climate change and sustainability.”

With the support of the Limerick community and beyond, the new ‘Take Control of Your Energy’ initiative was the open innovation call stream to fund projects that test ideas to reduce the amount of energy used in the city and increase the power generated from innovative sources. The teams will demonstrate different possibilities for changing the way we use energy in the city.

St Michael’s Rowing Club (SMRC) is another group that received funding to progress the installation of PV Panels.

One of the funded projects, ‘Greening the Smart Grid’, a collaboration between the Urban Coop, Community Power, and Clean Tech Energy will be using a solar-powered microgrid to extend the growing season on local allotments. Bill Kelly of the project team said: “We are excited to raise awareness in Limerick of the tools we all have at our disposal to enable everyone to join in the decarbonisation of society.

St Michael’s Rowing Club (SMRC) is another group that received funding to progress the installation of PV Panels and batteries on the club’s roof. They want to experiment with using solar power to charge their launches and training events on the river.

Andrew O’Connell of SMRC said: “We’re looking forward to installing the new PV Panels and making a move away from petrol usage to clean energy in our club. St Michael’s excels at responding to the big challenges, and this is going to be positive for the club and the city”.

Clean Air Enthusiast Alan Bell has been funded to develop air quality monitors to attach to vehicles and bicycles in the city centre, to build up a detailed picture of the air quality in the city throughout the day. Alan said: “We want to help Limerick people to understand more about the way air quality in the city is affected by things like transport and home heating, giving them the power to make informed decisions for the future.” As part of the Open Innovation Call, +CityxChange leaders from Limerick City and County Council, University of Limerick, Colaborativa, Smart MPower, and Space Engagers will be working with the project teams to develop their ideas for implementation over the summer.

These six energy-positive projects will revolutionise Limerick this summer. With the support of the EU Horizon programme and project team, the 24 Positive Energy Champions and the engagement and support from the Limerick community, collectively, we will transform Limerick to be the greenest, healthiest and most energy-efficient city!