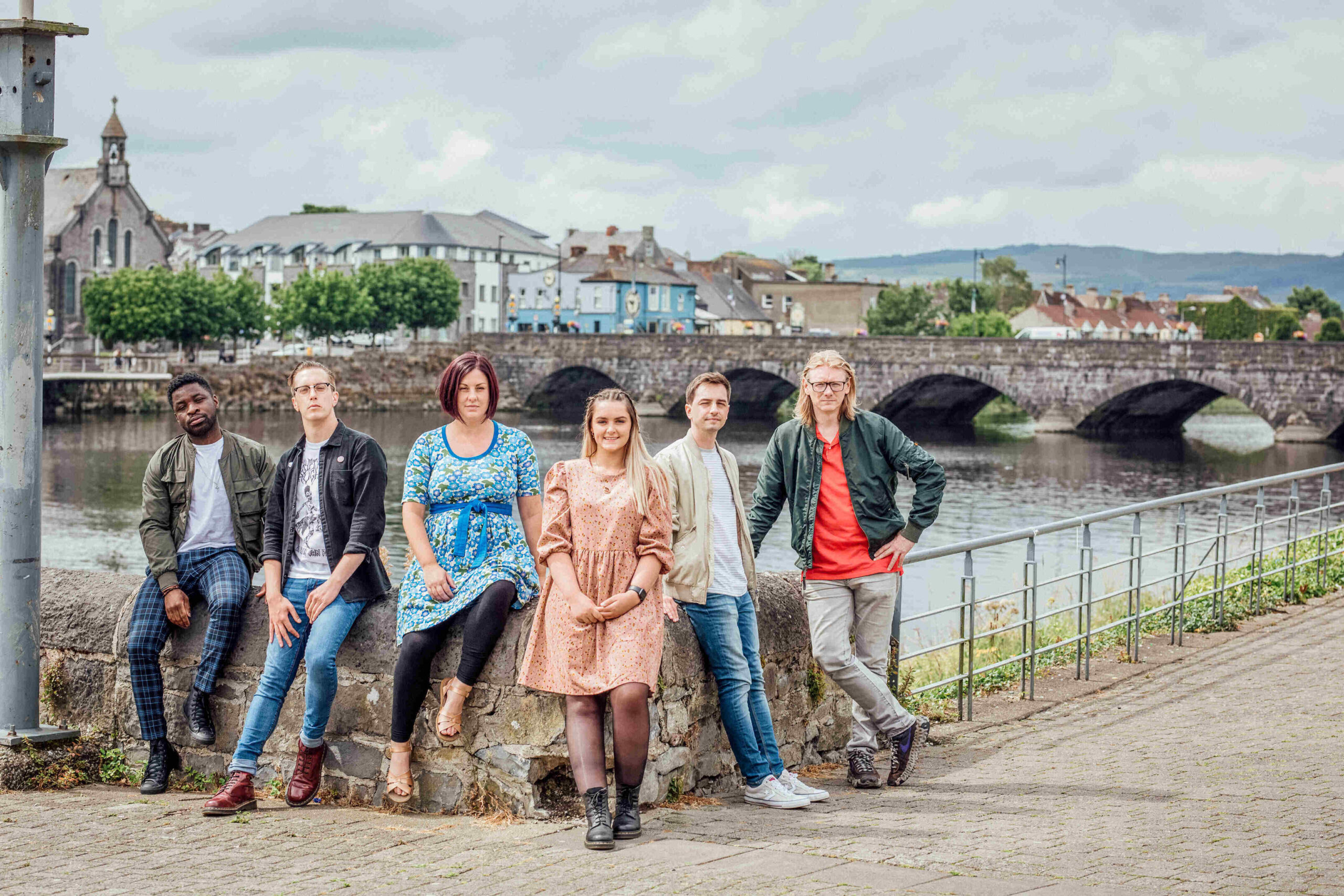 ENGINE shorts, a short film development and production scheme for emerging film talent in Limerick, Tipperary and Clare has announced the six winning teams from the region.

Each of the teams will now receive €12,500 in funding and further training and support to produce their project in the region.

Commenting on the pitch event, producer and panel member Juliette Bonass said: “I was astounded at how confident, competent, intelligent and talented they all were. A massive difference from when I was growing up – that’s for sure! A new fantastic and committed generation.”

Paul C. Ryan from Film in Limerick said: “We are delighted to announce the six funded ENGINE Shorts teams. From 131 applications sent in and 15 teams shortlisted – it’s been great to see the journey that the teams have taken over recent months in developing their projects. Everyone has worked so hard and the standard has been just phenomenal. We look forward to seeing the films playing on the big screen internationally and firmly putting MidWest film talent on the map.”

‘Simple Sheamy’, a drama based on a true story about the power of friendship and an autistic boy’s fight to save his pet rabbit, no matter the cost. Directed by Rachel McGill and produced by Ronan Cassidy, the film is set on a local housing estate and will be filmed in the King’s Island area of the City.

Director Rachel McGill said: “I am looking forward to being on set and collaborating with other creatives to create a great film. It’s so important for me that we get to shoot this film in Limerick. It is my home and this story is such a Limerick story.”

‘Sour Milk’ directed by Mark Keane and produced by Miriam Garcia Mortell, tells the story of a teen boy who wants the boy he’s in love with to stop treating him like a joke. A carton of sour milk presents him with an opportunity. The short film is set in Southill where it will be filmed this summer.

Director Mark Keane said: “It’s really encouraging to be selected by ENGINE shorts. I’m really looking forward to casting the film and we’re seeking out fresh local talent, so I’m excited to see who’s out there. It’s important that we see all parts of Ireland on our screens – particularly that it not be so Dublin-centric: that we reflect Irish society and culture fully. Ultimately, Limerick is my home and most of what I write is set here.”

Director Derek Ugochukwu and producer Greg Burrows will film ‘Your not Home’ a drama about two African brothers seeking asylum who are faced with a dark entity lurking within their direct provision centre.

Producer Greg Burrows commented: “The ENGINE scheme provides a fantastic opportunity for filmmakers based in the MidWest. Not only do we get the funds to produce our film, we also get mentoring and training which will prove invaluable to the filmmaking process and our ongoing careers in the industry. It’s a very exciting opportunity. I’ve always thought that Limerick is a very cinematic and visually engaging city. There is so much potential on our doorstep and it will be fantastic to be able to shoot a high concept, ambitious piece in my hometown.”

Two Tipperary projects were commissioned by the panel.

‘First Date’ tells the story of a lonely farmer who goes to desperate measures to deny her daughter’s chances of a pleasurable first date. Written by Aine Ryan, directed by Clara Planells and produced by Pete Moles, “First date” which will be filmed on location in and around the Upperchurch area.

Writer Aine Ryan said: “I’m so excited to get to film ‘First Date’ in Tipperary. I love the landscape around here. It has so much character and is bursting with stories to be told.”

Director Clara Planells said: “It feels amazing to be a commissioned team, like one of those good dreams you don’t want to wake up from. For me, it represents a great opportunity to be able to do what I am passionate about as a profession. What excites me the most is being on set and specifically in the moment where the magic happens when we say action.”

‘Conviction’ by writer/director Jack Reardon and producer Eanna Grogan tells the story or a young woman who decides to become a nun. Adamant that she has found her true calling, all that remains is to reveal her life-changing plans to her friends. Conviction will be filmed in the Clonmel area.

Producer Eanna Grogan said: “I’m proud to be one of the first recipients of this award and grateful to be able to make this film in my home county. I love Tipperary. Its landscape and people are a beautiful mix of the old and new”.

Writer/Director Jack Readon said: “Being awarded the funding was the seal of approval we were longing for. It will allow us to bring our script to life and hopefully strike a chord with audiences. So many films made in Ireland or about Ireland focus on the same locations – there is a huge section of the map missing from Irish cinema. The Mid-West is glorious and to showcase our home county feels very special”.

In Clare, Ennis will be the backdrop for Clare team Nell Hensey and Gemma O’Shaughnessy, whose short film ‘Try and Touch’ tells the story of a shy rugby star, Emer, who has caught feelings for a classmate. But will she muster the courage to act on them?

Nell Hensey said: “I’m so thrilled that our project has been selected by ENGINE Shorts. The team and I are so excited to bring this story to life and the opportunity to film in my hometown of Ennis is something truly special.”

Producer Gemma O’Shaughnessy commented: “We are looking forward to finding fresh new talent for our lead role in ‘Try and Touch’ and delighted to be able to make Nell’s film in Clare.”

Commissioned teams will now receive further industry training as they prepare for production. Filming will then begin from next month with the completed films delivered in the autumn ready for distribution to film festivals internationally.

The Engine Shorts initiative is run by Innovate Limerick through Film in Limerick, and is a partnership between the Local Authorities in Limerick, Clare and Tipperary, and Limerick and Clare Education and Training Board. The new scheme aims to inspire and support up-and-coming writers, directors and producers to create inspiring, engaging world-class short films that resonate with a wide international audience.

Film in Limerick action as a one-stop-shop for filming in the Midwest, supporting productions looking for locations, crews and support to film in the region. They are also active in training and up-skilling aspiring and emerging filmmakers and companies based in the region.

With the success of Limerick’s Troy Studios, Limerick City and County Council has made film a priority in the region. As part of this focus, the council along with Clare and Tipperary councils joined together to recruit a Regional Film Manager to develop filmmaking infrastructure, create new training programmes in the region and work to make the midwest an attractive destination for foreign productions.

For more info about Film in Limerick go HERE

Related Topics:film in limerick
Up Next