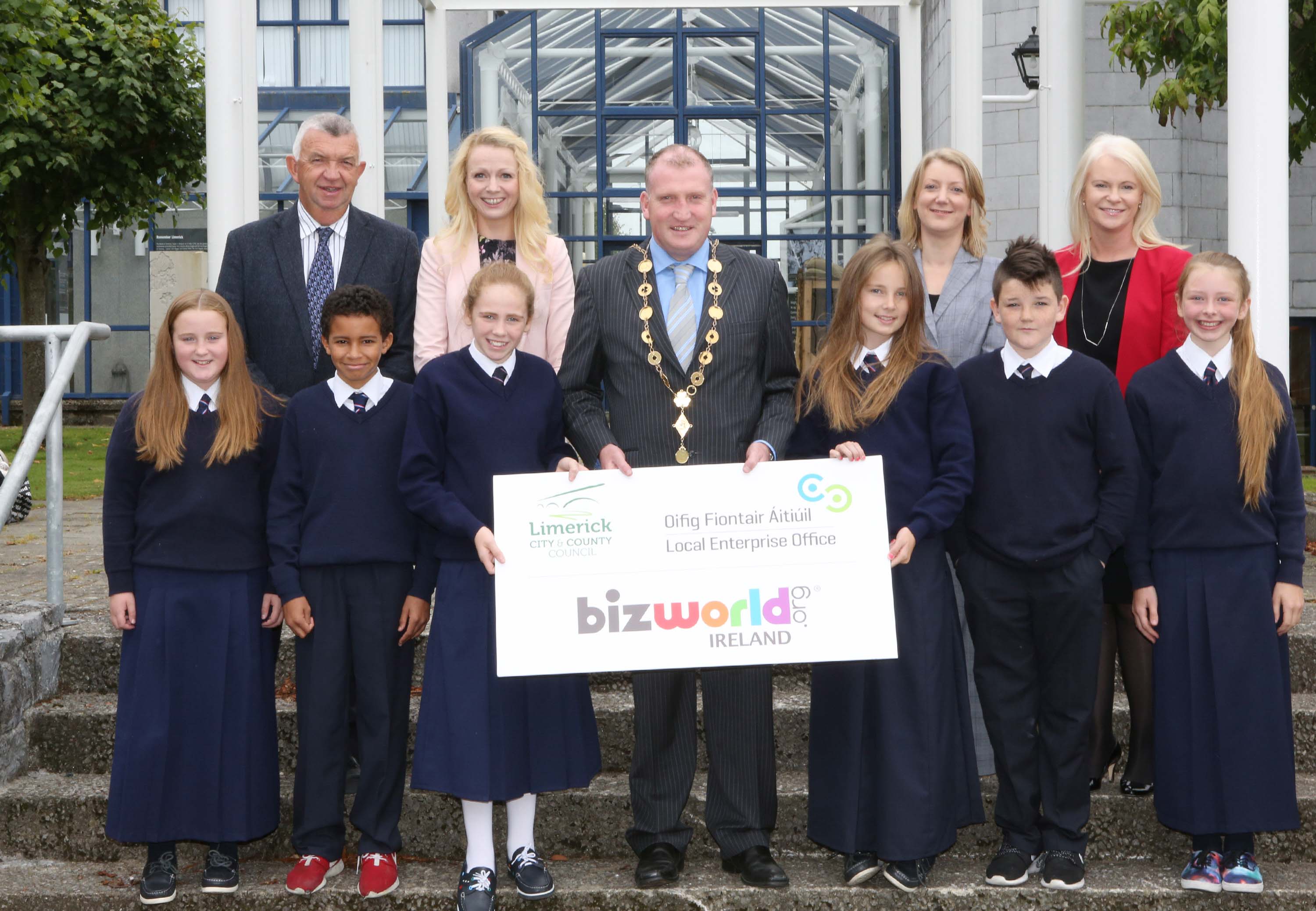 Local Enterprise Office (LEO), Limerick and BizWorld Ireland have teamed up to deliver a series of enterprise workshops to be held throughout Limerick City and County.

BizWorld Ireland is a national organisation that promotes entrepreneurship skills among young people.  It delivers workshops for children aged 10 – 13, teaching them about money management, critical thinking and enterprise in fun and creative ways.

Its new partnership with the Local Enterprise Office will see BizWorld enterprise workshops delivered in 20 primary schools throughout Limerick City and County over the coming academic year.

The workshops will culminate in the holding of a regional ‘BizFactor’ final in Limerick in late spring 2016, where schoolchildren will put the skills they have learned into practice by addressing an issue in their local community, and then making presentations on their project to a panel of high-profile judges.

Speaking at the launch of the partnership in Limerick City Hall, Mayor Galvin said: “I am delighted to see that this partnership will have a particular focus on delivering workshops to schools in rural areas and to designated DEIS schools.  In order to ensure sustainable economic development, we must ensure all areas and all members of society have access to enterprise supports and an understanding of entrepreneurship.

“The Local Enterprise Office provides a range of support and services to aspiring entrepreneurs, with a particular focus on assisting micro and small businesses.  I am pleased to see it is including people of all ages in its remit, and offering tailored supports to young people through its partnership with BizWorld Ireland,” he added.

“This is apparent when you think about your own adult peers: how many times have you heard a friend or colleague say they don’t really understand their pay-slip or they’re no good at budgeting, or they have no business sense?

“BizWorld Ireland aims to address this issue, by partnering with schools throughout the country – and with organisations such as Local Enterprise Office, Limerick – to delivered tailored enterprise workshops for 10- to 13-year-olds.  Instilling an entrepreneurial spirit in children from a very young age, and developing their awareness of financial management, means they are equipped to become financially responsible and productive members of society.

“In the past, education was geared towards giving young people the skills and knowledge necessary to get a job.  At BizWorld Ireland, we aim to provide children with the tools and inspiration to someday become employers themselves,” stated Ms. McKeown.

Also speaking at the launch, Eamon Ryan, Head of Enterprise at the Local Enterprise Office, said: “I am delighted to be announcing this partnership.  The development of an enterprise culture at an early age is vital to the development of entrepreneurs for the future. Over the past two years, our programmes in the primary school sector have shown us that pupils of 11 or 12 years of age can easily understand the basics of enterprise and starting a business.”

“Programmes like BizWorld are very important for the development of that entrepreneurial spirit. The Local Enterprise Office, with the BizWorld programme and with the Student Enterprise Programme in secondary schools is enabling the enterprise spirit to grow and flourish in Limerick,” concluded Mr. Ryan. For more information, check online or call 061 407 499.