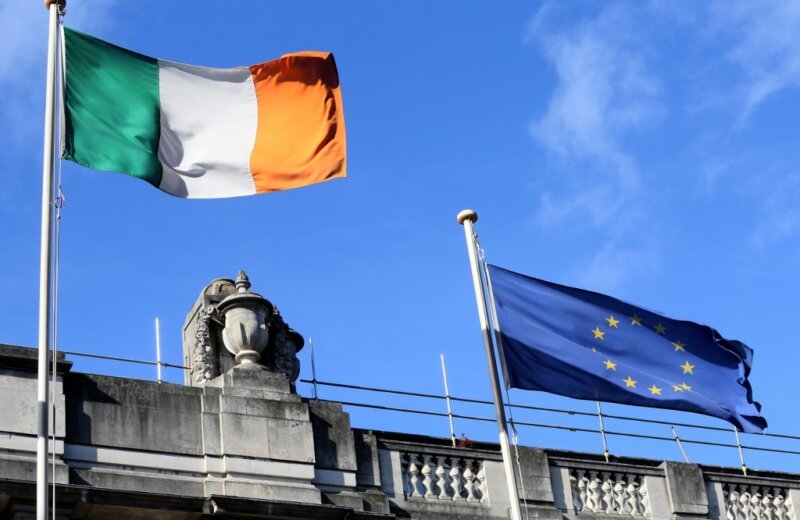 EU Conference – Several events have taken place in Limerick as part of the Conference on the Future of Europe.

“CoFoE is a unique opportunity for people across the EU to feed into how policy is shaped over the next five, ten or twenty years,” explains European Movement Ireland CEO Noelle O’ Connell.

Several events have taken place in Limerick as part of the Conference on the Future of Europe (CoFoE).

The EU-wide event encourages citizens to debate on Europe’s challenges and priorities over the next six months.

The session was attended by German President, Frank-Walter Steinmeier, as part of a three-day state visit, as well as Irish President Michael D. Higgins.

Students from all four UL faculties took part in the session, hailed as ‘the scholars of today, who will become the thought leaders of tomorrow’ by UL President Kerstin Mey.

Elsewhere, on Monday, November 1, Member of the European Parliament Billy Kelleher welcomed transition year students from across Limerick City and County to a schools workshop at the Southcourt Hotel in Raheen.

Well done to our #EPAS Junior Ambassadors who represented Loreto in Limerick today @BillyKelleherEU’s conference on the future of Europe ???????with @MissCulliton pic.twitter.com/cdfL00UzBn

The workshop is one of several CoFoE school events to be hosted by MEP Kelleher in the coming weeks.

“The Conference on the Future of Europe is a unique opportunity for people across the EU to feed into how policy is shaped over the next five, ten or twenty years,” explains Ms O Connell.

“We in European Movement Ireland are taking the lead in finding out people’s views in Ireland, which we will be feeding back into the main Conference in Brussels, as well as to the Oireachtas at home here in Ireland. We have online panels going on over the next few weeks, having held one with people in Munster earlier this year, and will be holding town hall forums in early 2022.”

To have your say on the future of Europe or find out more about upcoming CoFoE events, go HERE

For more stories on education in Limerick, go HERE