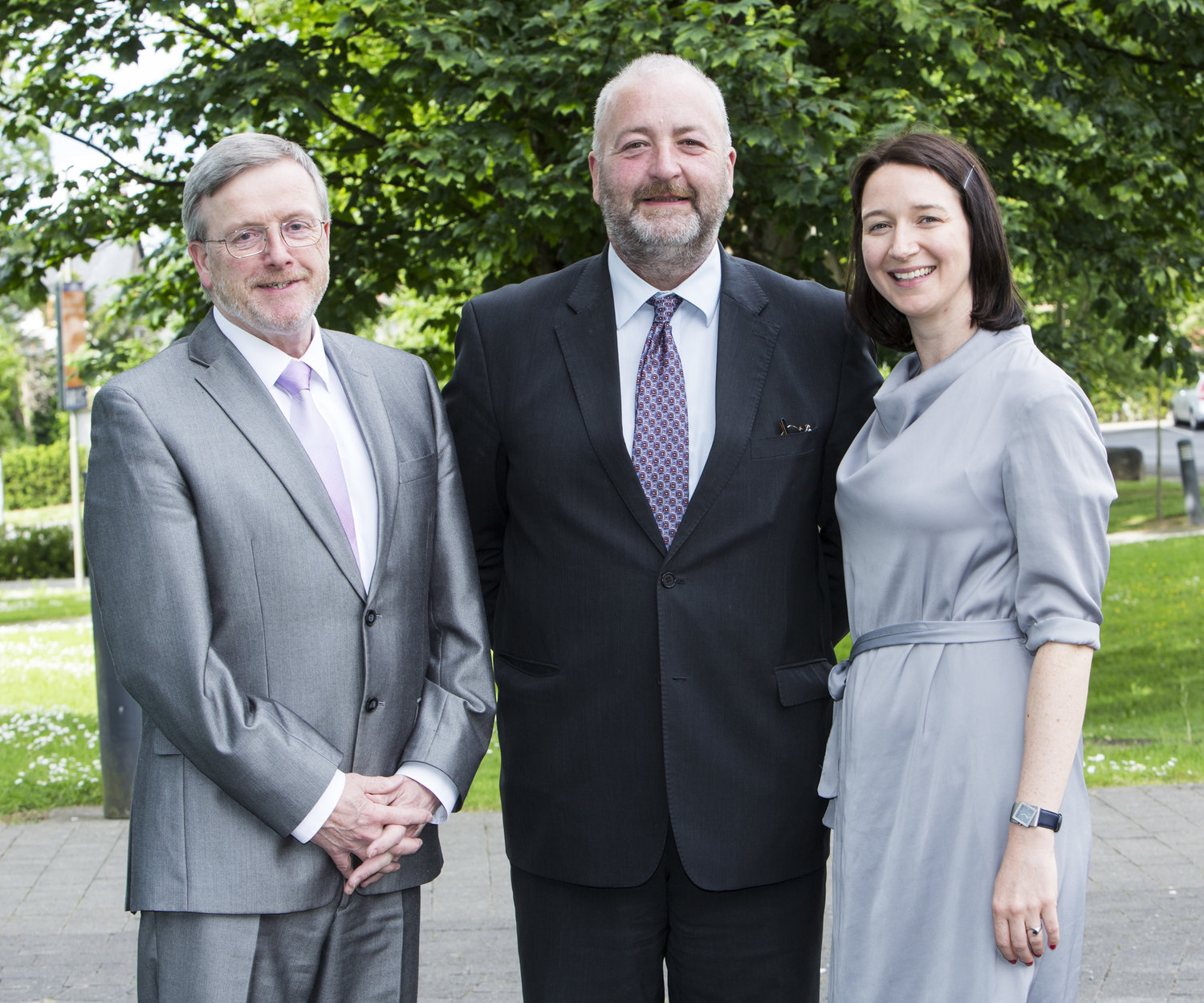 MIC’s Dr Ailbhe Kenny has been awarded a prestigious European Institutes for Advanced Study (EURIAS) Fellowship for 2017-18. Dr Kenny will take up the award at the Hanse Institute for Advanced Study in Germany where she will explore the musical lives of children of asylum seekers in Germany.

The EURIAS Fellowship Programme is an international researcher mobility programme offering 10-month residencies at a participating Institute. The Institutes support focused self-directed work of outstanding researchers in a stimulating multi-disciplinary and international scholarly environment. With only a 5% success rate for gaining an EURIAS Fellowship and just 48 given across the European Institutes each year, this is a huge achievement for Dr Kenny.

Congratulating Dr Kenny on her EURIAS Fellowship Prof. Eugene Wall, President (Acting) of Mary Immaculate College said “On behalf of the MIC community I congratulate Dr Kenny on her success in being awarded this prestigious EURIAS Fellowship. With only 48 fellowships given out amongst the European Institutes each year, this is a huge honour for both Dr Kenny and MIC and is yet further evidence of the rising profile of research and scholarship at Mary Immaculate College.”

Prof. Michael Healy, Associate Vice President of Research at MIC, said; “I am delighted that Dr Ailbhe Kenny has received an EURIAS Fellowship 2017-18 to conduct research work at the Hanse Institute for Advanced Study in Germany. The EURIAS Fellowship is a very prestigious, high-profile award made to only a small number of Irish academics. This award demonstrates her leadership qualities within arts education in Ireland and internationally.”

The EURIAS Fellowship project will explore the musical lives of children of asylum seekers in Germany. There have been increasing concerns about the demand for asylum seeking across Europe but particularly within Germany as the top destination country. One-quarter of asylum seekers are currently children. While there have been multiple legislative, political, academic, educational and media debates on the complex issues at stake for asylum seekers, their cultural needs and rights have been largely ignored. This research project aims to contribute to understandings of the asylum seeker child experience by focusing on a neglected area of investigation – their musical participation. Such learning is particularly important for the design and delivery of arts, community and education projects that seek to engage children of asylum seekers in meaningful ways.

The fellowship will build on a current Irish Research Council (IRC) grant which investigates the musical lives of children living within the direct provision. The findings from this Irish project as well as other aspects of arts participation for young refugees and asylum seekers were presented at MIC on the 31 May at the symposium ‘New Frontiers: arts participation amongst young refugees & asylum seekers’.

The symposium at MIC explored the new realities of arts participation amongst refugee and asylum seeker children and young people and was supported by an IRC New Foundations Award as part of the project ‘Music at the Margins: Exploring the Musical Lives of Children Living Under Direct Provision’.   According to MIC’s Dr Ailbhe Kenny: “The symposium made an important contribution to the ongoing discussions and debates about young refugees and asylum seekers. In particular, the symposium aimed to promote thoughtful and critical inquiry in relation to arts participation amongst these children and young people.”

Dr Ailbhe Kenny is a Lecturer in Music Education at Mary Immaculate College. She holds a PhD from the University of Cambridge, is a Fulbright Scholar and EURIAS fellow. Previous positions held include Research Fellow at Dublin City University, Primary Teacher, and Arts and Education Officer at ‘The Ark’. Dr Kenny has led numerous professional development courses and is actively involved in university-community projects, including directing the MIC Children’s Choir. Dr Kenny regularly publishes in international journals, handbooks and edited volumes on music, arts and teacher education. Her first monograph, Communities of Musical Practice, was published by Routledge in 2016.