By Richard Lynch on February 14, 2018@richanthon 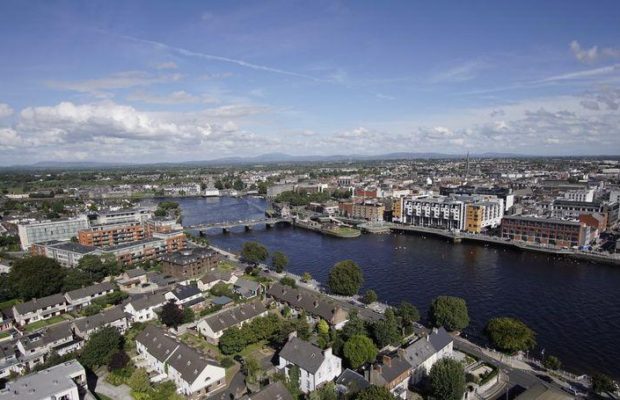 Limerick city has topped the charts and has been named one of the principal winners in the European Cities of the Future Awards 2018/19 by FDI Intelligence, a specialist division from The Financial Times Ltd.

The awards are hosted by FDI magazine, an international news and foreign direct investment magazine published by FDI Intelligence, a specialist division from The Financial Times Ltd.

FDI Magazine’s biennial league tables of the most attractive locations in Europe for future inward investment have become a key benchmark of Foreign Direct Investment competitiveness across the continent.

They serve as a barometer of attractiveness for the many cities and regions, from Ireland to Russia and from Finland down to Greece, that are proactively pitching themselves for inward investment.

In addition, Limerick city has been named Runner-Up for Best for Economic Potential and has been included in a list of the top 10 European cities in its population category for Human Capital and Lifestyle.

Mayor of the City and County of Limerick Cllr Stephen Keary said: “Limerick’s success is a recognition of the hard and dedicated work being undertaken by Limerick City and County Council in tandem with IDA Ireland and Enterprise Ireland in providing the necessary infrastructure and having the frameworks in place to help FDI companies set up here and help firms already here to expand.”

“I am delighted that Limerick is receiving international recognition which can only further boost the efforts to promote Limerick’s attractiveness as an investment location.”

The council is particularly pleased with winning the Best FDI Strategy category also as these recognise the work being undertaken to attract foreign investment into Limerick.  FDI is a highly competitive business and having our work independently validated and awarded gives us an advantage when we pitch for future investments.”

“We have laid the foundations for the future investing over €1 billion in our enterprise and investment infrastructure.  Look at the Gardens International site, which is near to full capacity before it is even completely finished, the endorsement of our plans for the Opera site with €170 million in financing from the European Investment Bank and the Council of Europe Development Bank, the recent housing developments in Lord Edward Street and Hyde Road and the starting of filming in Troy Studios. The future is very bright.”