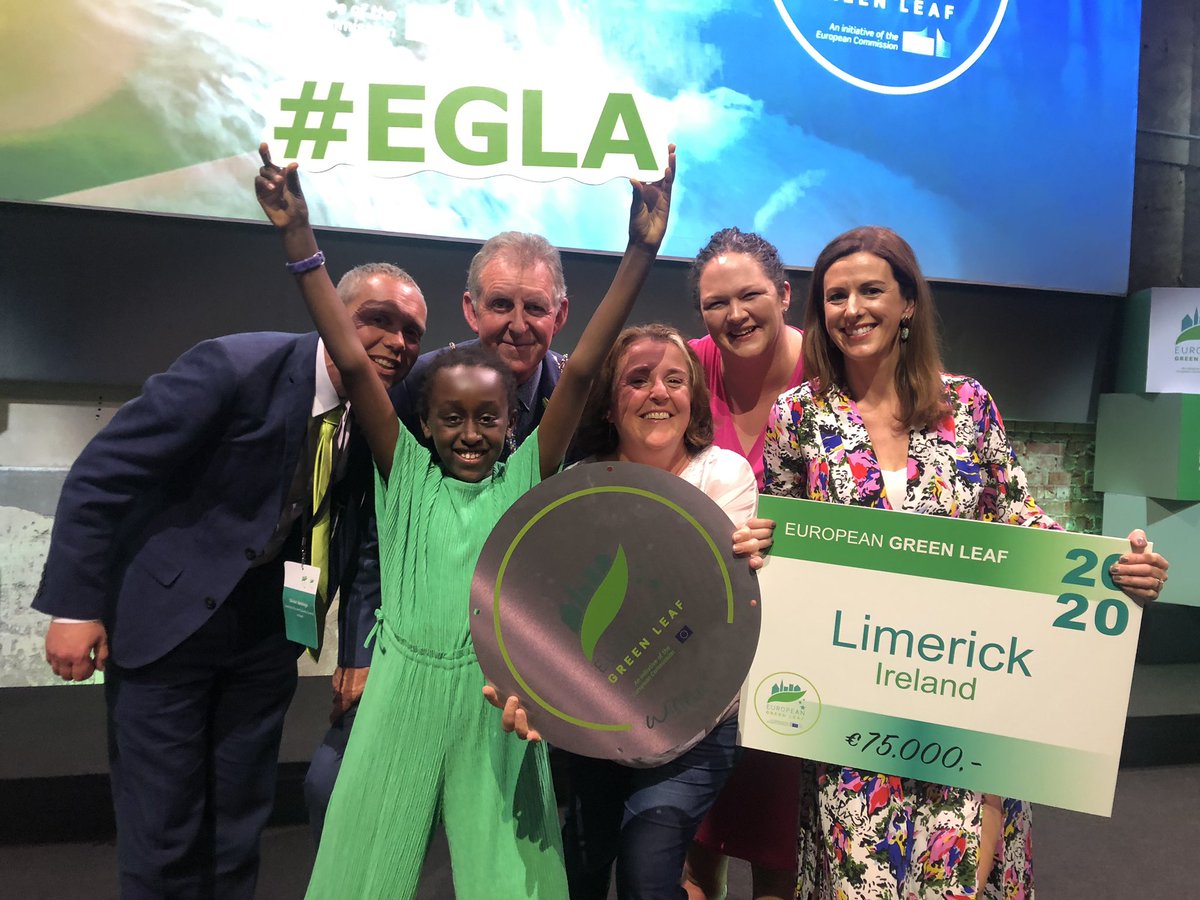 The 2020 European Green Leaf title was jointly awarded to Limerick and Mechelen in Belgium. The European Green Capital Award aims to recognise the environmental achievements of European cities and to inspire others to take positive action in making their cities fit for life.

Limerick was commended for its ongoing investments leading to improved air quality and noise levels in the city. Limerick is currently transforming itself into Ireland’s first digital city, integrating several public services, creating smart homes and buildings, energy districts and smart neighbourhoods. The city is effectively managing its air quality thanks to the acquisition of particle and gas monitors. Limerick also encourages people to leave their cars at home by providing better cycling, walking and public transport infrastructure with the aim of reducing transport emissions.

Limerick was also recognised for its development of noise maps and action plans, updated every five years, continuously monitoring the acoustic environment, analysing trends, and assessing the effectiveness of the actions undertaken. The council has been given a grant of €75,000 to deliver on its objectives for 2020.

Limerick is now the second Irish city to ever be awarded the prize, with Galway earning the title in 2017.

Among those to celebrate were Mayor Michael Sheahan, council communications boss Laura Ryan and Sinead McDonnell of the environmental department. Speaking to the Limerick Leader, Mayor Sheahan said, “We in Limerick are so proud to be considered worthy of the Green Leaf award. We have already taken small steps in Limerick. But after receiving this award, we are going to make giant steps to protect the future of our children. I have a three-month-old granddaughter, Kourtney, and I want to live in a green, pollution-free atmosphere in Limerick.”

The mayor, Laura Ryan and Sinead McDonnell department gave a presentation on Limerick’s green credentials. They highlighted the bike-sharing initiatives, its Park Canal walkway, the dandelion project, the 60 Green Schools in the city and the annual Team Limerick Clean-Up initiative.

Mayor Michael Sheahan concluded, “It’s massive for Limerick. We have done great work. Out of that alone, we were considered worthy of the award. Now we have to put in place the commitments we have given.”

The European Green Leaf Award is open to all towns and cities across Europe with a population of 20,000 and up to 100,000 inhabitants.

Related Topics:european green leaf
Up Next