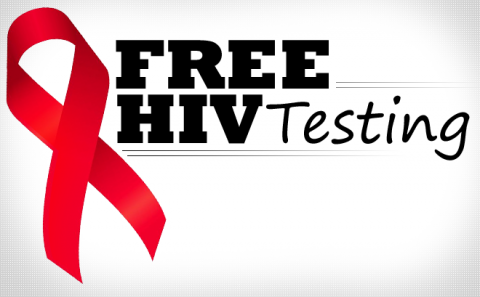 GOSHH – Gender, Orientation, Sexual Health, HIV is uniting with organisations, institutions, key opinion makers and government leaders throughout Europe, for the second European HIV testing week from 21 to 28 November 2014, to increase awareness of the benefits of HIV testing. The week’s theme is Talk HIV. Test HIV. and it aims to increase positive dialogue among those who ought to be getting tested for HIV and those who ought to be offering HIV tests – helping more people feel comfortable to take a test and become aware of their HIV status. Last year, 344 people were diagnosed with HIV in Ireland. It is estimated that 30-50% of the 2.3 million people living with HIV in Europe are unaware of their HIV status. As a result many people are not being tested prior to symptoms emerging. This could be because there are barriers to requesting an HIV test, barriers to offering HIV tests or barriers to the implementation of European HIV testing guidelines.

European HIV testing week, which started in 2013, is coordinated by HIV in Europe but relies on participating organisations across Europe, including GOSHH, to organise local activities. GOSHH will be providing 200 free Rapid HIV Tests across the Mid-West Region. Tests will be available in Scarriff Co-Op on November 24th from 12-3pm, NTLP Roscrea on November 25th from 2-4.30pm, Foynes Community Centre on November 26th from 12-3pm and in the GOSHH Centre, 18 Davis Street, Limerick on November 24th, 25th and 27th from 10-4pm. No appointment is necessary and the results will be available in 60 seconds.

When people are diagnosed late with HIV, they are more likely to suffer with health complications and HIV is more likely to be transmitted, as they will not have had access to antiretroviral treatment. In contrast, the majority of those who are diagnosed early (soon after infection) and are prescribed antiretroviral treatment in a timely manner can live healthy lives.

Ann Mason, Manager GOSHH, stated how important it is for people to know their HIV status; “These days HIV is a treatable infection and the sooner someone living with HIV accesses treatment, the sooner the medication will reduce their viral load to undetectable. It is also important to encourage people to openly discuss their HIV Status with their sexual partner.”

A key focus in 2014 is to encourage more healthcare professionals, who do not work in a sexual health setting, to offer tests. Research has shown that 95% of people will accept an HIV test when offered one.

GOSHH have teamed up with Dr. Patrick O’Donnell who offers 2 free walk in clinics each week in Limerick City. Each patient that visits Dr. O’Donnell’s clinic will be offered a free Rapid HIV Test. The Mid Western STI Clinic, based at University Hospital Limerick, is also offering drop in clinics throughout the week. This is in addition to their usual appointment based testing service. All services are free of charge.

Ann Mason added “We would encourage as many people as possible to come along to one of the various locations and give just 1 minute to update their HIV Status.

Quote “Test Me” to avail of your free Rapid HIV Test.

To find out more about the European HIV testing week visit www.hivtestingweek.eu or to find out more information about tests being provided by GOSHH follow them on Facebook & Twitter or contact them on 061 314354 or email [email protected]