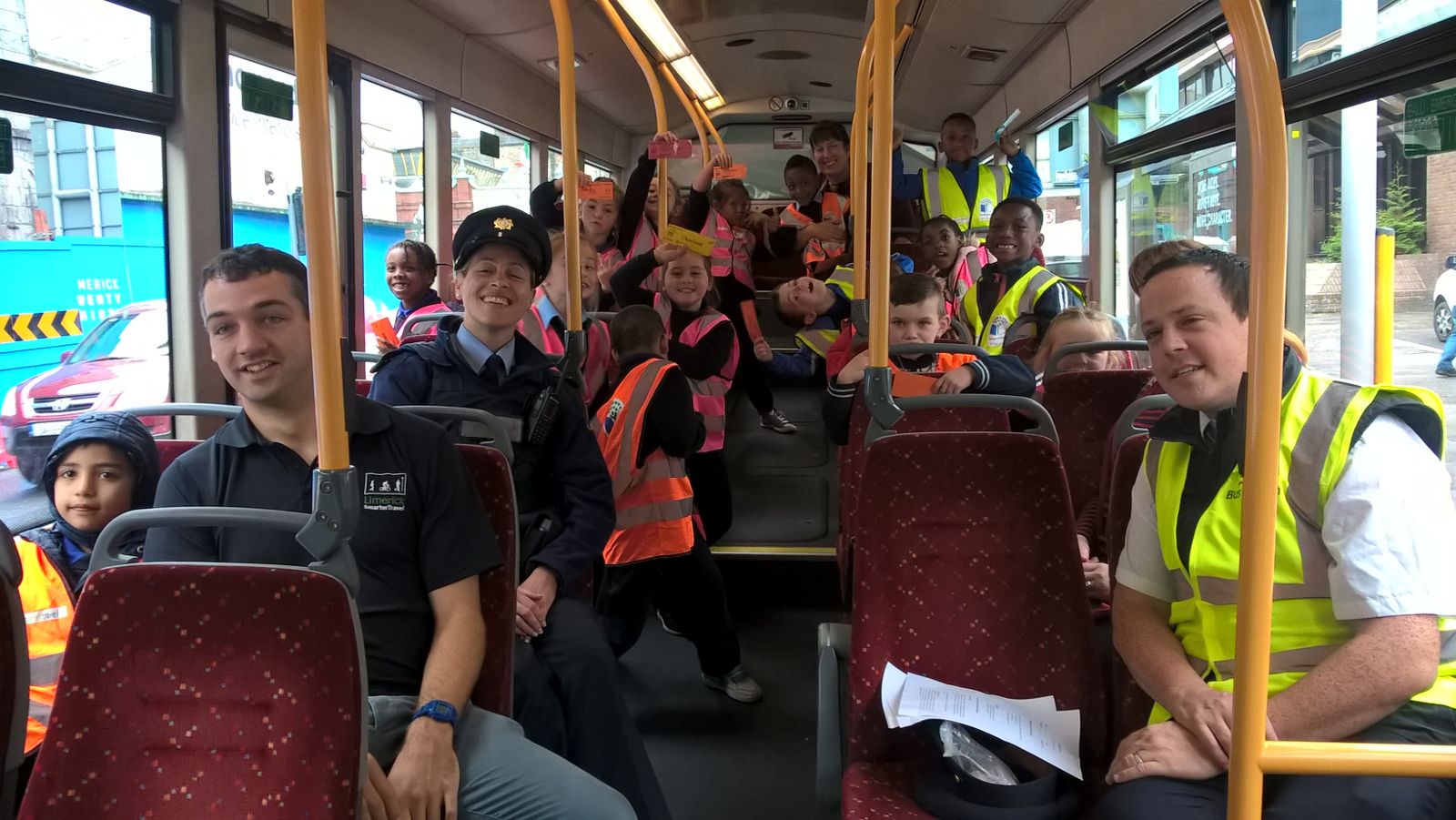 Over 100 students from Our Lady Queen of Peace and St. John’s Convent School were taken on a city bus tour relevant to their school as part of their participation in the city’s sustainable travel projects: Green-Schools Travel and Limerick Smarter Travel as part of European Mobility Week 2016.

The event provided a platform for Limerick City and County Council, Bus Eireann, Schools, Garda and An Taisce to work together to raise awareness about public transport. The event started with students receiving a talk from the Limerick Smarter Travel Team about the importance of public transport in Limerick.

After a quick survey relating to how many had already been on a bus the students were led out to the city bus waiting outside the school.  The lead was then taken by the Bus Eireann inspector where the students had to present their tickets (made as a class activity) to the inspector after which he outlined the various features of the bus. Many of the pupils had already prepared questions about buses and readily quizzed the inspector about what they felt was important to know. 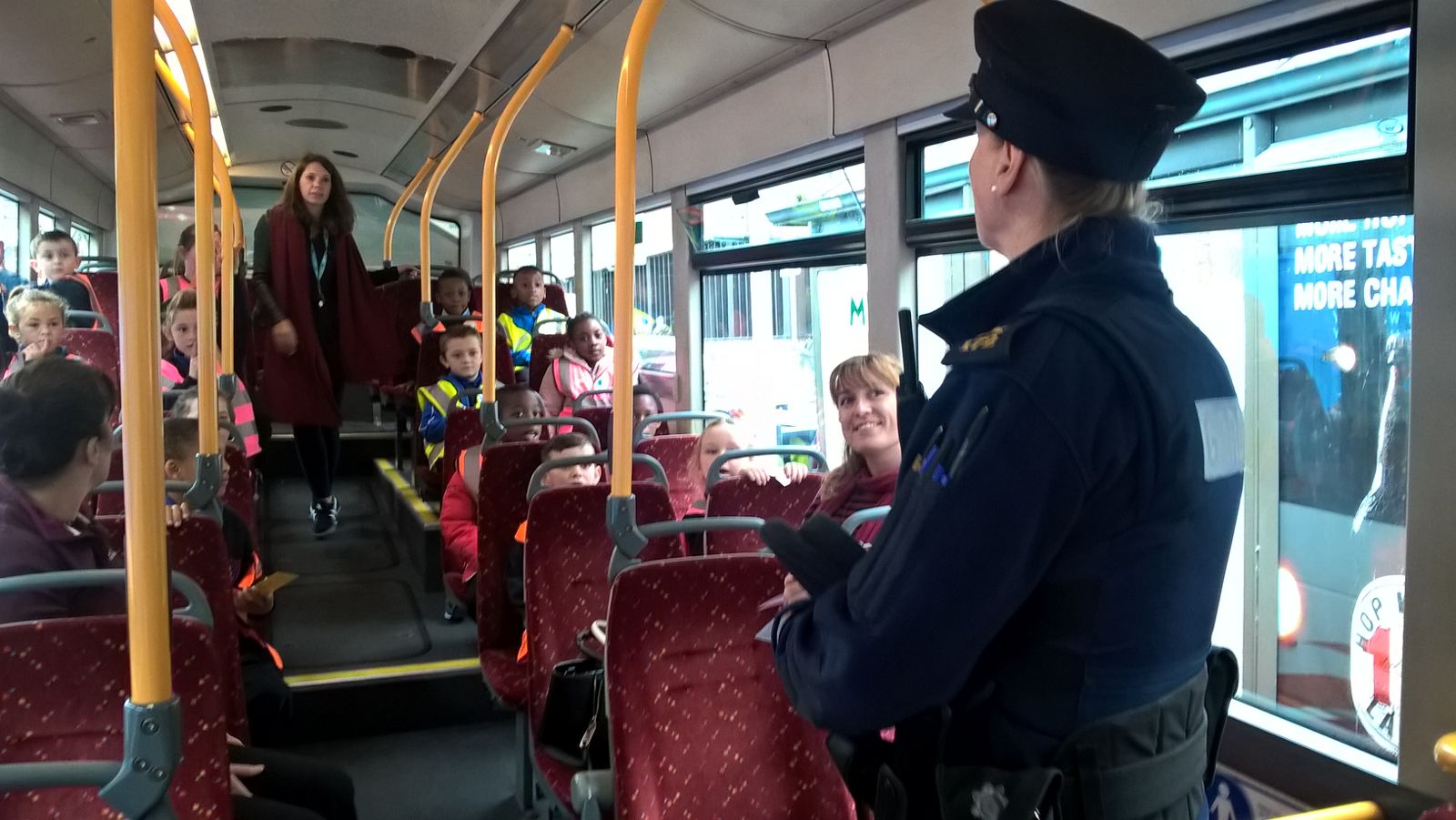 The route was selected so as to incorporate as many local areas of interest as possible to fit in with the curriculum. This included the local train station, fire station, the city Garda Station, city parks, major bus stops, schools and local authority buildings. In addition, the selected route traversed many of the city’s routes with key stops highlighted.

The bus stopped at Colbert Station, where the pupils learned which bus to take to what location and they were also introduced to real-time bus schedules.

Once the bus inspector completed his talk, the bus approached the Garda station where the community Garda joined the bus to speak to the children about how to behave on a bus (i.e. around elderly people, how to keep safe etc). This generated huge interest among the students as they were able to see the Gardai in-situ and quiz the Garda on what modes of transport are in use by the Gardai.

This event was a joint initiative with Bus Eireann, An Taisce’s Green-Schools Travel programme and Limerick Smarter Travel.  This is the third year of the ‘Bus in the City’ event and it is now an annual event for European Mobility Week 2016.