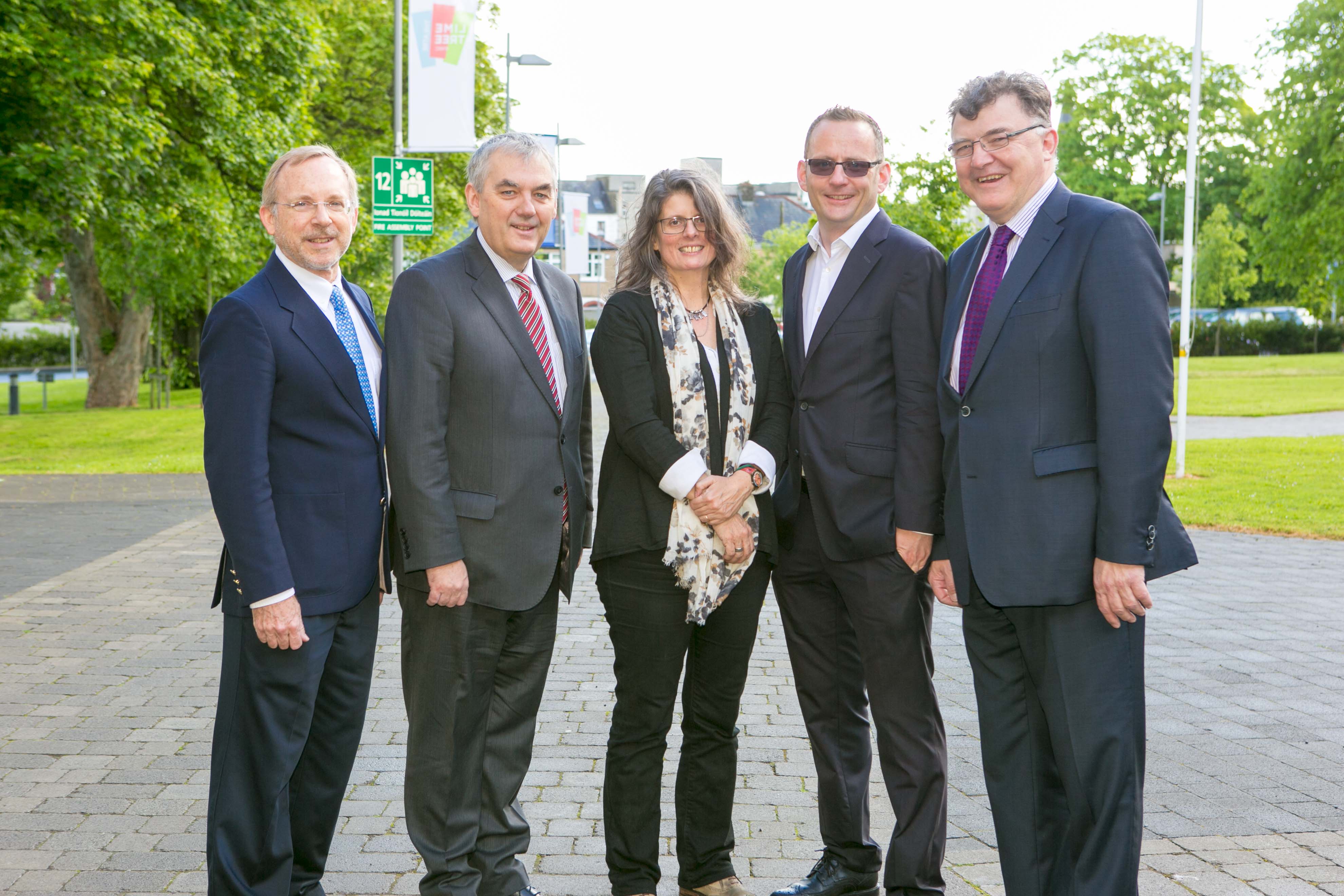 If we are to understand what Europe really means, what lies at the heart and soul of the European project, then we must come to some deep understanding of both the individual differences and the collective similarities of the European population according to Prof. Michael A Hayes, President of Mary Immaculate College, MIC, who was speaking at the opening of the European Social Survey conference, hosted by MIC on May 28th and 29th.

The European Social Survey is an academically-driven social survey, conducted every two years, designed to chart and explain the interaction between Europe’s changing institutions and the attitudes, beliefs and behaviour patterns of its diverse populations. It is Europe’s premier social science survey and a critical part of Europe’s Social Science and Humanities research infrastructure, providing a wealth of research data. It allows free access to the results of more than 300,000 completed interviews from first six survey Rounds (2002-2012), giving European, and international, social scientists and policy makers unprecedented access to a major resource on Europe’s changing social conditions in the opening years of 21st century.

Welcoming the delegates to the conference Prof. Hayes said; “Research data like that provided by the ESS helps us all to address social, civic and economic issues, to identify and analyse societal, political and economic problems as well as continually reminding all of us that society is composed of individuals with varying attitudes, beliefs and behaviours. It is only in the understanding of these differences that we can truly build a better society for all.”

“As ESS ERIC grows in strength, with more countries and more researchers, it will continue to provide quality data to the heart and soul of Europe so that we can participate in our common goal of creating an increasingly prosperous, content and tolerant community for all” he said.

Dr. Eucharia Meehan, Director of Irish Research Council, speaking at the event remarked on the success of the ESS saying that “The impact of the European Social Survey has been phenomenal as it has allowed the production of important new knowledge and insights across a Europe that is remarkable for its diversity of people, language, attitudes, belief, opinions and experiences. The Irish Research Council is delighted to support Ireland’s engagement with this transformational infrastructure”.

A number of the papers presented at the conference focused on the topic of religiosity in Europe, pointing specifically to the empirical data which shows a downward spiral in church attendance in Ireland which appears to be following the same path of secularisation as the rest of Europe. Keynote address entitled ‘Why are baby boys less religious than baby girls?’ was delivered by Prof. David Voas, Professor of Population Studies, University of Essex who spoke about the gender gap in religious commitment being one of the most intriguing puzzles in social science. “Women are considerably more likely than men to identify with a religion, to call themselves religious, and to participate in public and private religious activities. This gender gap is found even in countries that are comparatively secular and where gender inequality has been much reduced” according to Prof. Voas. In particular he demonstrated the effectively irreversible decline in church fortunes and the inevitable diminishment of church participation as an ongoing generational effect, meaning that each new generation is less church-oriented that the generation preceding it. Without a dramatic intervention, according to Prof. Voas, it would appear that the downward trend in religious practice will continue inexorably.

Other speakers at the two day event included Dr. Alice Ramos from the Institute of Social Sciences, University of Lisbon and Rory Fitzgerald, Principal Investigator with the ESS who informed all present as to future ESS plans to harness the power of the web through the construction of a pan-European web panel in order to allow for mixed mode data collection in future rounds of the survey. Currently all countries have to conduct the ESS face-to-face in people’s homes.

Congratulating all involved in the conference Prof. Professor Michael Healy, Associate Vice President for Research said “We are pleased and proud to host this international European Social Survey conference at Mary Immaculate College. Through the leadership and expertise of Professor Michael Breen, we have been involved in the work of the ESS for several years, work that is underpinned by a strong seam of social science research that exists at MIC. This event highlights the purpose and value of the wealth of social science data generated by the ESS, as well as its relevance and importance in informing policy and practice in a wide range of sectors – local, regional, national and international – right across Europe”.

Delegates from Germany, Greece, Ireland, Lithuania, Luxembourg, Poland, Portugal, Russia, Spain, Sweden, Switzerland, Ukraine, United Kingdom and the USA attended the two day conference and according to Prof. Michael Breen, Dean of Arts, MIC, and Chair of ESS, “This conference was further evidence of the burgeoning research profile of the ESS; why the ESS so important and why it attracts such huge interest across the globe.”

Concluding he said “The ESS conference attracted an international audience, as one might expect given the extent and quality of the European Social Survey. The papers presented in MIC, both from established and emerging scholars, provided a fascinating insight into what is happening to values, attitudes and beliefs across Europe, as well as examining what effects these changes will have on European society”.

More than 30 countries have participated in at least one ESS survey round with respondents in countries ranging from teenagers to nonagenarians (15 to 90+). Researchers have responded to the availability of ESS data and to date there are in excess of 2,300 academic publications involving the use of ESS data with more than 72,000 users of the data which is freely available to everyone.