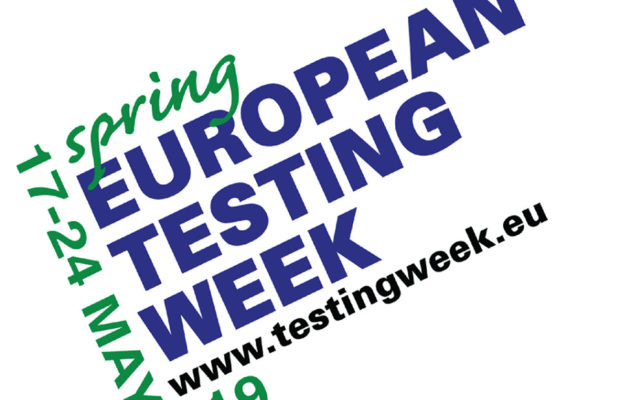 European spring testing week 2019 runs from May 17 through to May 24 and GOSHH will be providing rapid HIV tests and rapid Hepatitis C tests in various places around the community as well as in their offices.

Organisations in Limerick city are uniting with the rest of Europe to take part in European HIV-Hepatitis Testing Week 2019, to increase awareness of the benefits of HIV and Hepatitis C testing and encourage more people to become aware of their HIV and Hepatitis C status.

European spring testing week 2019 runs from May 17 through to May 24 and GOSHH will be providing rapid HIV tests and rapid Hepatitis C tests in various places around the community as well as in their offices. GOSHH is a charity which provides a safe, confidential, welcoming environment for everyone they work with. Their office is based in Limerick City and they work throughout the Counties of Limerick, Clare, and North Tipperary. They focus on the promotion of equality and wellbeing of all with a positive and respectful approach to sexual orientation and gender diversity.

GOSHH have been providing rapid HIV and Hep C tests to people since 2012. The testing service has been steadily growing and is contributing to finding unknown cases of HIV and Hep C within the community as well as linking people in with medical care so they can access the free treatments that are available to everyone who needs them.

HIV treatment is one tablet a day, and this treatment controls HIV so that it does not do any damage to the person living with the virus, and HIV cannot be transmitted sexually. This is the information behind the new campaign U=U (Undetectable = Untransmittable). Last year there were 528 new notifications of HIV transmission in Ireland, which is more than one new transmission a day.

Hepatitis C treatment is one tablet a day for 12 weeks with little or no side effects. On average, in Ireland, around 600 people a year are newly diagnosed with Hepatitis C. These infections might not be new, as it is possible to live with Hep C for 30 years or more without obvious symptoms, but those 600 people did not know they were living with a potentially fatal infection until they were tested.

Not only are GOSHH rapid tests very accurate, but the results are also available immediately. Of course, GOSHH also offers full support for people around their test results. Ann Mason, the manager at GOSHH said, “If someone is tested, and treated, Hep C can be cured, HIV can be effectively managed. I think it is important that everyone gets tested, and we are trying to make that as easy as possible for people. Currently, in Ireland, it is estimated that over 30,000 people have been diagnosed with Hep C and only 3,000 have been treated. Ireland has one of the highest rates of a new transmission for HIV in Europe.” Ann stated, “Our rate of HIV transmission increased by 8% last year.”

If you are unsure if you should be tested GOSHH have laid out some examples below.

Key populations at higher risk in Europe vary from country to country, but in general they include, men who have sex with men, injecting drug users (including steroids, heroin, crack, speed….even if you have only done it once), sex workers (and anyone who has exchanged sex for goods, services, accommodation or money), migrants (including persons originating from a high prevalence country) and mobile populations, people who have been in prison and sexual partners of any of these people.

The key populations at higher risk of Hepatitis are the same as those for HIV, above. In addition, those at increased risk of living with undiagnosed Hepatitis C include, people on long-term haemodialysis, people who have received blood, blood products, or organs before screening for Hepatitis C was implemented, or where screening is not yet widespread. Healthcare workers and people who have had medical care abroad in at-risk countries, other types of drug users including people who have snorted drugs, people affected by homelessness and sexual partners of any of these people are all encouraged to get tested.

Ann continued, “Fortunately, people who have been tested are now aware of their status and can receive the treatment they need to keep their HIV undetectable or be cured of Hepatitis C. It is to their benefit that they got tested because testing for HIV and Hepatitis C is the only way to detect these viruses”.

Full testing information is available through www.goshh.ie/testing/ or by calling 061314354. If you wish to talk to someone about HIV or Hepatitis C testing, GOSHH is open from 9.15 am to 5 pm, Monday through to Friday.