By Richard Lynch on October 11, 2017@richanthon 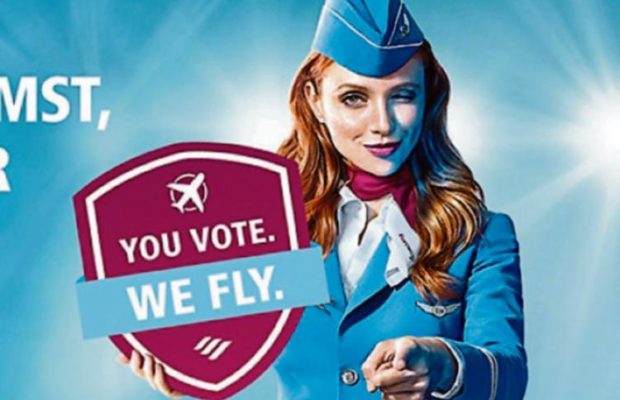 The Wild Atlantic Way is one hour from winning even more tourists for 2018 thanks to a world-first social media competition that has seen Shannon Airport shortlisted for a Eurowings’ new Cologne route. There will be a Facebook vote between 2 pm and 3 pm today on the Eurowings Facebook account with the link also available on the Shannon Airport website here.

Shannon will vie with two other airports – Mostar in Bosnia and Herzegovina and Trapani in Italy – in a vote-off in the first ever Facebook competition for an airline service.

The novel competition by Eurowings offers the opportunity to regions to have a direct service to Cologne on its summer schedule for next year.  The service would be another major boost to tourism along the western seaboard, with the German demand growing for the unique and increasingly popular Wild Atlantic Way offering.

Shannon is the only Irish airport in Ireland to get to this stage in the competition and is now calling for the mobilisation of tourism interests along the Wild Atlantic Way, its loyal customer base and the wider public to help with the final push to secure the Cologne route for the region.

Speaking after the airport was announced as one of the three airports to make the final shortlist, Shannon Airport Managing Director Andrew Murphy urged the people to once more get behind Shannon’s bid to be the chosen route:  “We were overwhelmed by the response and so grateful to the public for taking the time to vote us into the final. We need its support again tomorrow (Wednesday) to land the new route for Ireland.

“This is a wonderful opportunity for the Irish public to positively impact on our country’s tourism industry. Given Shannon Airport’s role as the premier gateway for the Wild Atlantic Way and famous Irish tourist attractions like the Cliffs of Moher and Bunratty Castle and Folk Park, winning this service would be a major boost for tourism in the region.

“The German market for the unique Irish offering here on the Western half of the island has grown exponentially since the launch of the Wild Atlantic Way and this service would be guaranteed to bring in additional tourists to the region who would, no doubt, come back time and time again. It would put another exciting outbound offering on our schedule so it  would definitely be a win-win”

Please set a reminder to vote at 2pm on the Eurowings’ Facebook Page.