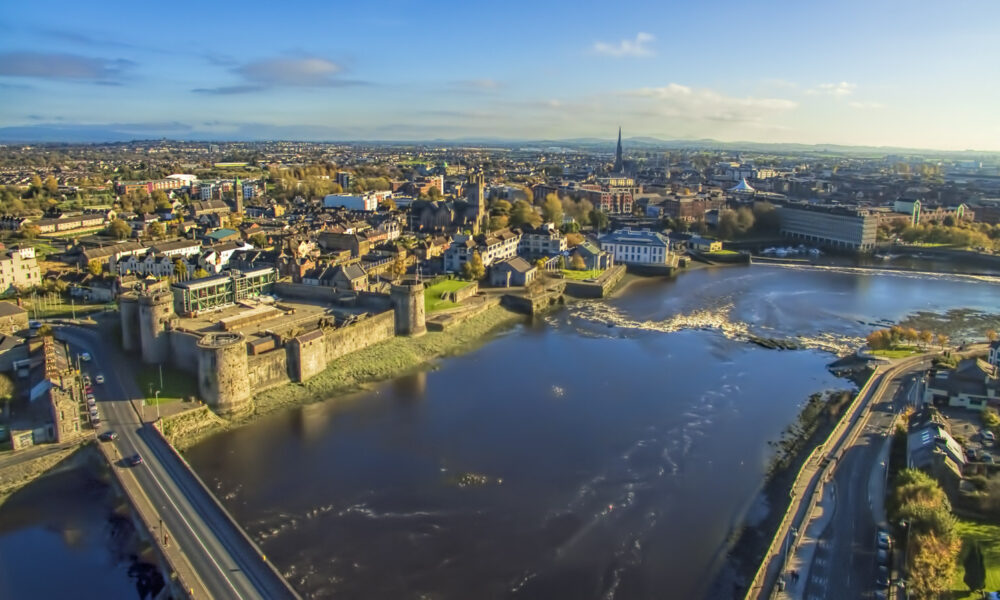 EY Limerick Economic Monitor – The latest biannual report, which is prepared by EY for Limerick City and County Council found that Limerick has performed relatively well compared to other counties during COVID-19

Limerick has shown resilience during COVID-19, with a key indicator being the creation of 860 new jobs and 194 start-ups to the end of Q1 2021. Another positive was that residential investment from August to the end of February was €250m.

The latest biannual report, which is prepared by EY for Limerick City and County Council found that Limerick has performed relatively well compared to other counties during COVID-19.

Limerick has supported businesses throughout Covid-19

There have been no major changes in employment and unemployment figures for the Midwest regions in Q4 2020. This is in part due to the Government COVID-19 wage support schemes currently in place, which are not reflected in the labour force survey data. Shannon Airport’s 79% drop in passenger numbers reflected the past year’s challenge, as did monthly footfall, which fell by 69%.

The report found that Limerick has supported business throughout the disruption, with the Local Enterprise Office approving €1.25m worth of Business Continuity Vouchers in 2020, while €26.6m was approved for Restart and Grant and Restart Grant Plus in 2020.

The Economic Monitor revealed that over 27,400 workers (32% of employment) in the city and county were reliant on the Pandemic Unemployment Payment (PUP) or Employment Wage Subsidy Scheme (EWSS), as businesses remained closed due to public health restrictions. This compares to a peak of 34,000 in May 2020 during the first lockdown and was in line with the national average.

The most impacted sectors remain retail and tourism. RevPAR (Revenue per Available Room), which gauges the demand for hotel rooms as well as the price charged for these rooms, was 106.6% lower in February than the same month in 2020 and 83.6% lower than the previous month (January 2021). On the retail side, while consumer spending has migrated online to some extent, footfall in Limerick city centre averaged 40% of pre-COVID levels during the first three months of 2021.

Reflecting the national picture, the housing market has remained resilient, with price rises in the city and county and lower residential vacancy rates pointing to continued strong demand, outpacing that of Dublin and other cities.

Average rents in Limerick City remain below the national average, with the monthly rent at €1,414 in Q4 2020, while the most recent data for Limerick shows the equivalent average monthly rent was €1,265 for the city and €978 for the county, reflecting YoY changes of 4% and 9% respectfully.

The private sector drove investment in housing. Over the seven months, August 2020 to February 2021, a total of €131.6 million worth of housing investment was granted permission across Limerick City and County. This consisted of 24 applications accounting for 585 housing units. A further €146 million worth of housing investment, predominantly private sector, has been submitted for planning permission. This could see an additional 767 housing units added to the housing stock in Limerick if granted.

The report also found that with 78% commercial broadband coverage, Limerick has the fourth-highest penetration of broadband in Ireland and the largest outside the Greater Dublin Area. Limerick is also set to see an investment of €86 million in the new high-speed fibre network.

Mayor of the City and County of Limerick, Cllr Michael Collins said “Given the unprecedented circumstances of the past year, this latest EY Economic Monitor speaks to Limerick’s resilience. Between planned private and public sector investment and the expected recovery kick-off in the summer, I firmly believe that Limerick will rebound in the second half of this year. Notwithstanding the obvious challenges that lie ahead, the most important thing I can say now is to urge the public to support locals in the recovery. If we do that, we will accelerate our recovery even more.”

In his foreword in the report, Vincent Murray Director of Economic Development, Limerick City and County Council said that while it has been a tough 12 months for everyone, especially the business community, the Limerick economy is projected to commence its recovery in mid-2021.

Mr Murray pointed to announcements by the Bon Secours and UPMC Hospital groups of new facilities that will create over 500 new jobs between them, investment and jobs by companies such as Regeneron, Transact Campus, 4Site, Screwfix, AMCS, Takumi and Kneat, the €116 million in funding under the Urban Regeneration and Development Fund for key city-centre projects including Cleeves Riverside Campus, the digital accelerator and a new city centre footbridge and the commencement of construction work on the Opera Centre site, public realm work on O’Connell Street, the International Rugby Experience and Bishop’s Quay.

Vincent Murray commented, “The vaccination programme and governments roadmap to reopen retail and hospitality now provides us with a pathway out of lockdown and this will restore our freedom to travel and enjoy our city and town centres. As Limerick reopens, it is important that we all shop local to support local business and jobs. While this monitor will show that many of our key index figures have declined or started to stabilise over the last six months, we all look forward to a recovery in our economy.”

In his economic overview for the latest Monitor, David McNamara, Director, EY Economic Advisory said “The latest Economic Monitor illustrates the continued impact of Covid-19. As the economy re-entered lockdown in the first quarter of 2021, over 27,400 workers (32% of employment) in the city and county were reliant on the Pandemic Unemployment Payment or Employment Wage Subsidy Scheme (EWSS), as businesses remained closed due to public health restrictions. Thankfully these numbers are now falling as the economy reopens.”

He added “Though the strength post-pandemic recovery is uncertain, periods in which restrictions were eased in 2020 can provide guidance as to the potential rate of recovery this summer. A strong bounce back in consumer spending is projected for later in 2021 and into 2022, which will benefit the local and national economies, supported by the build-up in savings and the resilient profile of consumer confidence. Long-term, the prospect of building back better will mean exciting changes in how we live, work and travel. Plans for the Shannon Estuary as a renewable energy hub and the €73m in redevelopment funding for Limerick City Waterfront are the standout investments that will benefit the local economy in the long term.”

To see the report go HERE

For more stories on the Limerick, Economic Monitor go HERE

World of work opened up for Thomond CC students online