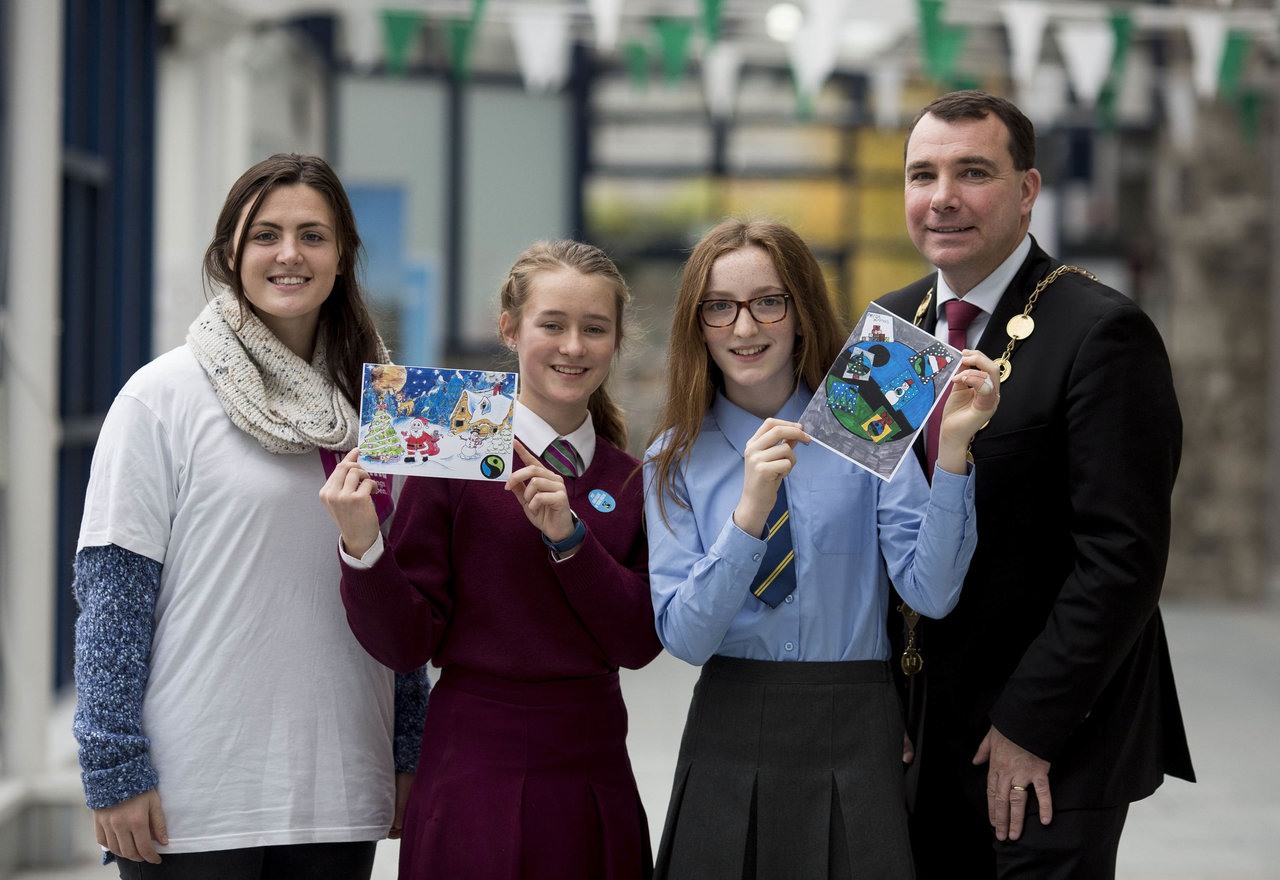 Limerick Hockey Star Roisin Upton has joined pupils from primary and secondary schools across Limerick to encourage people to think Fairtrade this Christmas.

As part of the awareness programme, the students have created Christmas Cards centred on the Fairtrade message of promoting fair trading practices between Ireland and developing countries.

Cards were created by pupils of all ages for the Fairtrade Christmas Card 2018 competition, ranging from five up to 17 and involved schools across the city and county, illustrating what Fairtrade means to them.

The overall winners were:

Their cards will be reproduced and sent to a variety of local businesses, shops and cafes that have supported the Fairtrade initiative throughout 2018.

Addressing the pupils from schools across Limerick, Mayor James Collins said: “Everyone in life has a choice, whether to eat loads of junk food or to eat healthily; to walk, cycle or be driven to school; to do good things or bad. That in essence of Fairtrade.  It is caring about where your food and drinks come from.  We’ve all heard of the plight of single-use cup or the plastic straw.”

“Choosing Fairtrade means that you care how the product was produced, who produced it and what benefit they get.” 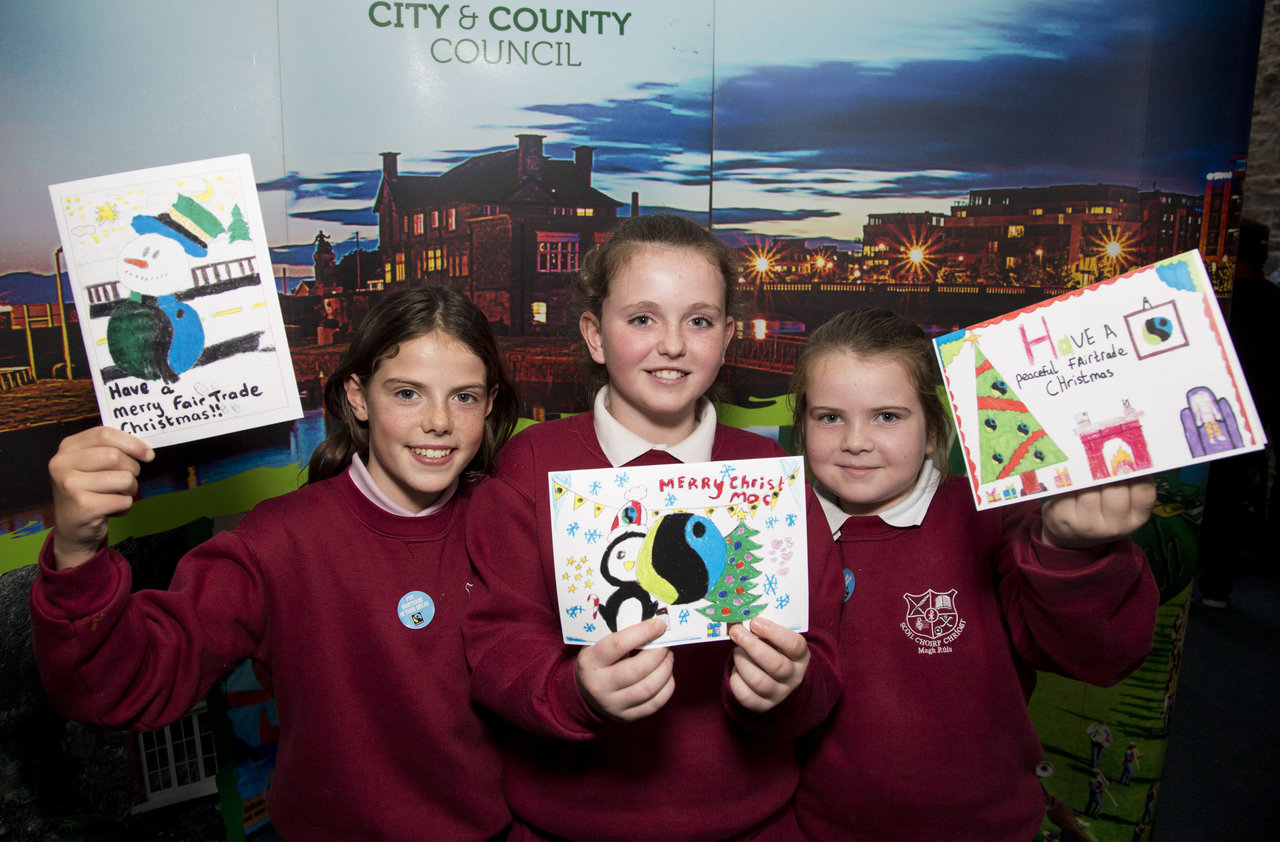 Hockey Star Roisin Upton, who was unveiled as a Fairtrade Ambassador, said: “I am delighted to be involved with Fairtrade – when I was at school I never had the opportunity to be involved in such a fantastic competition like this.  Massive congratulations to all award winners of the Fairtrade Christmas Card 2018 competition, you are much more artistic than I was. You are blessed with artistic genes”.

Dolores O’Meara, Chair of the Limerick City Fairtrade Committee said: “We can no longer ignore the impact that climate change, global trading and political events are having on people in the developing world.  We, in the developed world, have the power to bring about change by making the right choices.”

“We can choose to reduce our carbon footprint and, by choosing Fairtrade items when we shop, we can ensure that producers in the developing world enjoy a sustainable living.  I would encourage Limerick consumers to put some Fairtrade items in the shopping basket this Christmas.”

The gathering in Istabraq Hall also marked the thirteenth anniversary of Limerick city as a Fairtrade City.

Limerick city was awarded status as a Fairtrade City in 2005 thanks to the concerted efforts of local people to ensure that Fairtrade produce was made widely available.

Further information on how the Fairtrade programme operates go here.