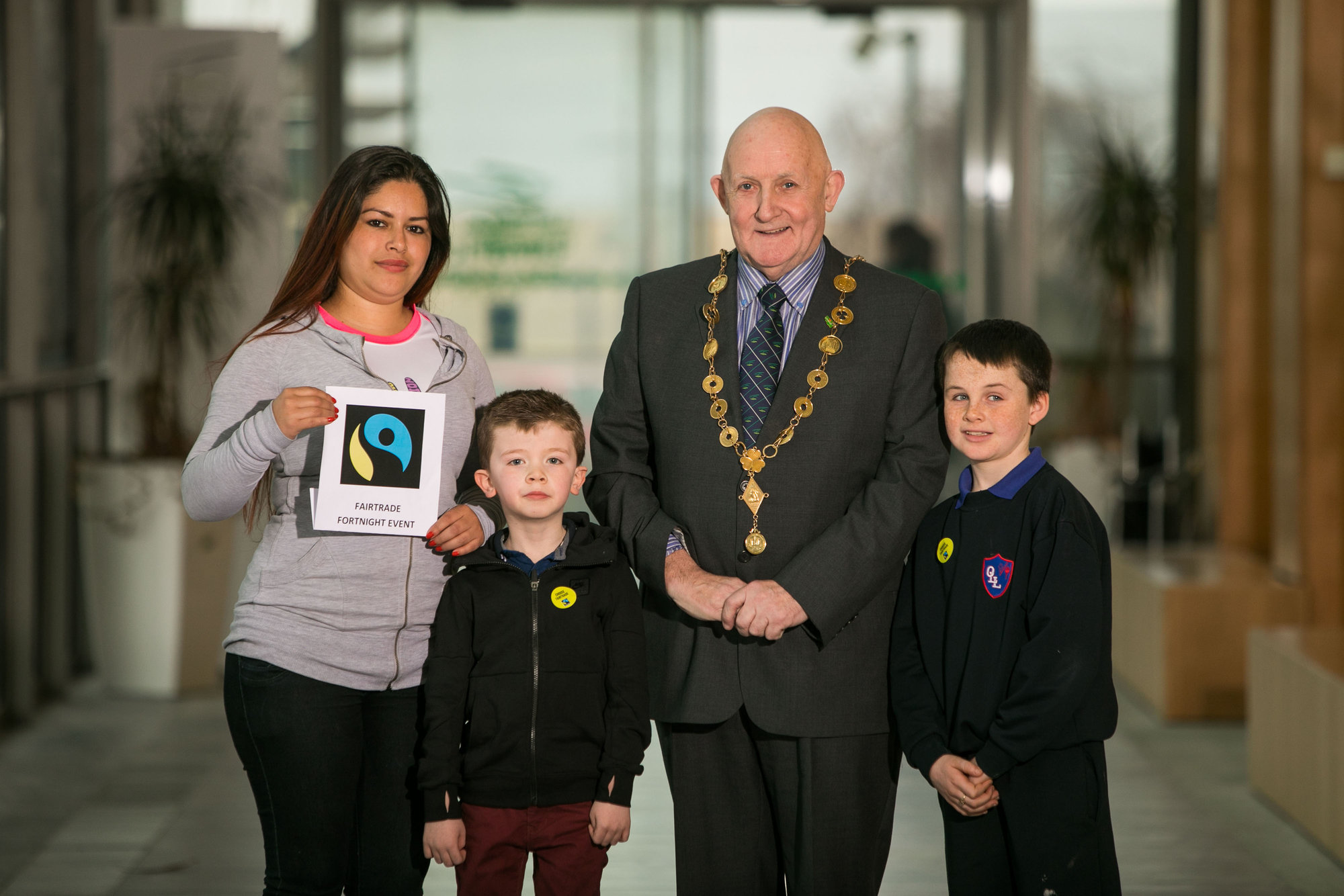 Fairtrade worker, Heydi Janeth Espino Mairena from the Soppexcca Coffee Cooperative, Nicaragua was among the special guests in attendance at the launch of Fairtrade Fortnight 2017 in Limerick as the organisation calls for further awareness of Fairtrade products.

Heydi joined Fairtrade supporters from across Limerick and Ireland for the launch of the annual initiative which features a programme of talks and community events aimed at promoting awareness of Fairtrade and Fairtrade-certified products.

Speaking at today’s launch in the Council Buildings, Dooradoyle, Limerick, Heydi outlined the success and benefits of the Fairtrade movement in the Nicaragua.

“In my home country Fairtrade brings together farmers and producer organisations from small communities across the country,” she said.

“In these communities, which are some of the most deprived, Fairtrade premiums have led to the construction of new schools and clinics and the establishing of cooperatives that finance women seeking to develop small businesses within their communities.  It is imperative that people understand that every single Fairtrade purchase makes a huge difference in people’s lives.”

There are over 1.4 million producers, farmers and workers spread across more than 70 countries in the world participating in Fairtrade.

Limerick city celebrated its 11th anniversary as a Fairtrade City in 2016 and this year Fairtrade Ireland is celebrating the introduction of the first Fairtrade product – coffee – into Ireland 20 years ago.

Speaking at the launch event in the Council offices in Dooradoyle, Mayor of the City and County of Limerick, Cllr Kieran O Hanlon said: “I want to thank the Limerick Fairtrade Committee for continuing their efforts to get across to as many people as possible that many of the farmers and workers who grow our food aren’t getting paid fairly.”

“As important as it is to teach our children about eating healthy food, I think it is equally important that they be taught about where the food is sourced and who produces it.  Our children are our future.  By teaching them well they will lead the way for the next generation. Children nowadays are more worldly wise than previous generations and I have huge confidence in their capacity to embrace the Fairtrade ideal,” he added.

Chairperson of the Limerick Fairtrade City Committee, Dolores O’Meara, said “Thousands of farmers in countries such as Malawi, Kenya and Côte d’Ivoire all contribute to the tea, coffee and cocoa we enjoy in Ireland.  And yet many of those farmers are still living in poverty.  If people really knew the true human cost of exploitation, would they still make the same choices?”

“This year the Fairtrade focus is on using Fairtrade products in the workplace – canteens, offices, school staffrooms, meeting places.  What a difference we could make if we committed to making sure that our coffee break or lunch break supported those most in need.”

The launch of Fairtrade Fortnight saw the winners of the Limerick Fairtrade City Committee’s Poster Competition being announced.

Schools from across Limerick displayed their posters to help change the way people think about trade and the products on our shelves – the Fairtrade movement is made up of ordinary people doing extraordinary things in their communities for Fairtrade.  Your actions help shoppers to make choices that change the lives of farmers and workers.

Targeted at schools and community development groups, the theme of the Fairtrade Poster Competition 2017 was ‘Fairtrade creates a global community’.