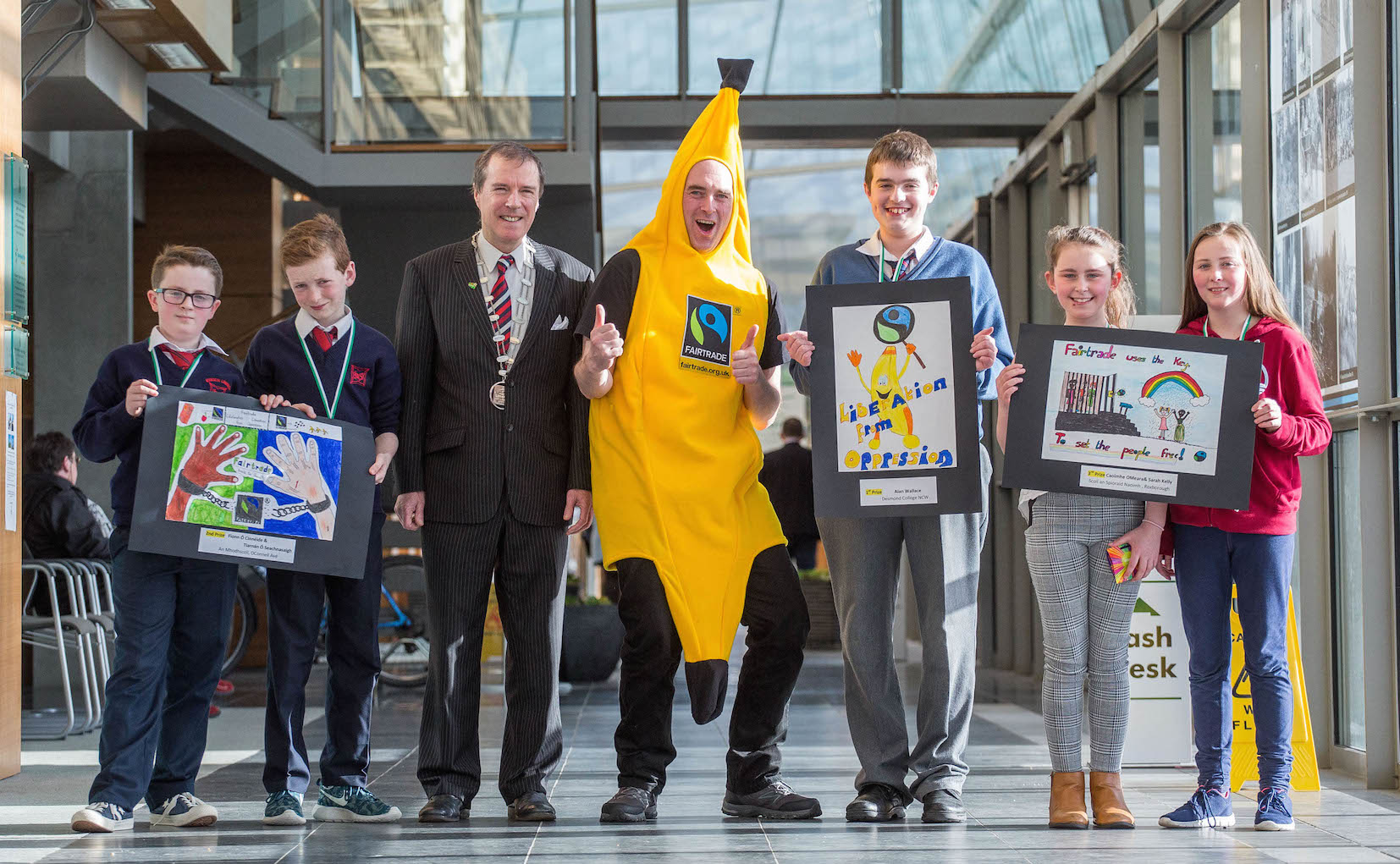 This year’s Fairtrade Fortnight campaign in Ireland focuses on the banana supply chain as it has emerged that just one in 12 bananas purchased here are Fairtrade, despite a huge four million bananas consumed in Ireland every week. Speaking at today’s launch in Council Buildings, Dooradoyle, Limerick, Maria Genao outlined the success and benefits of the Fairtrade movement in the Dominican Republic. “In my home country Fairtrade brings together farmers and producer organisations from small communities across the country,” she said. “In these communities, which are some of the most deprived, Fairtrade premiums have led to the construction of new schools and clinics and the establishing of cooperatives that finance women seeking to develop small businesses within their communities. It is imperative that people understand that every single Fairtrade purchase makes a huge difference in people’s lives.”

2016 is a particularly important year as Fairtrade Ireland celebrates its 20 year anniversary with recent statistics showing:

There are over 1.4 million producers, farmers and workers spread across more than 70 countries in the world participating in Fairtrade. Limerick City celebrated its 10th anniversary as a Fairtrade City in 2015 and this year Fairtrade. Ireland is celebrating the introduction of the first Fairtrade product – coffee – into Ireland 20yrs ago. Chairperson of the Limerick Fairtrade City Committee, Dolores O’Meara, said there is a lot more to do particularly to increase the sale of Fairtrade bananas.

“The variety of Fairtrade products available in our shops and cafes has increased substantially,” she pointed out.  “The Fairtrade logo is recognised by a large percentage of Irish consumers and there are now 51 Fairtrade towns throughout the country which is all very positive. However we must make every Fairtrade purchase count. If we have difficulty sourcing Fairtrade bananas in our local supermarket, then we must ask for them to be stocked.  If we don’t state our preference, nothing will change.”

This week’s launch of Fairtrade Fortnight saw the winners of the Limerick Fairtrade City Committee’s Poster Competition being announced.

Speaking at the launch event in Dooradoyle, Ger Mitchell, Deputy Mayor, Limerick City and County Council said: “I wish to congratulate the Limerick Fairtrade City Committee for their terrific efforts on behalf of producers in developing countries, as well as acknowledge the committee’s continued engagement with the wider public. The poster competition is a good example of this and serves to teach our younger people a very important lesson about the importance of supporting Fairtrade producers.”

“As important as it is to teach our children about eating healthy food, I think it is equally important that they be taught about where the food is sourced and who produces it. Our children are our future. By teaching them well they will lead the way for the next generation. Children nowadays are more worldly wise than previous generations and I have huge confidence in their capacity to embrace the Fairtrade ideal,” he added.

Targeted at schools and community development groups, the first prize in the competition was awarded to Alan Wallace , Desmond College, Newcastlewest.

A number of other students received ‘Highly Commended’ medals, including:

Fresh Film Festival 2016 at the Belltable