By Richard Lynch on November 23, 2017@richanthon 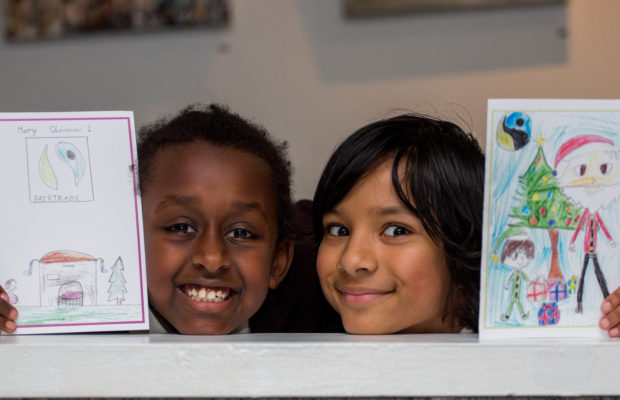 As part of the awareness programme, the students have created Christmas Cards centered on the Fairtrade message of promoting fair trading practices between Ireland and developing countries.

Cards were created by pupils of all ages, ranging from five up to 17 and involved schools across the city and county, illustrating what Fairtrade means to them.

They will have their cards reproduced and sent to a variety of local businesses, shops and cafes that have supported the Fairtrade initiative throughout 2017.

The gathering in Istabraq Hall also marked the 12th anniversary of Limerick city as a Fairtrade City.

Limerick city was awarded status as a Fairtrade City in 2005 as a result of the concerted efforts by local people to ensure that Fairtrade produce was made widely available. 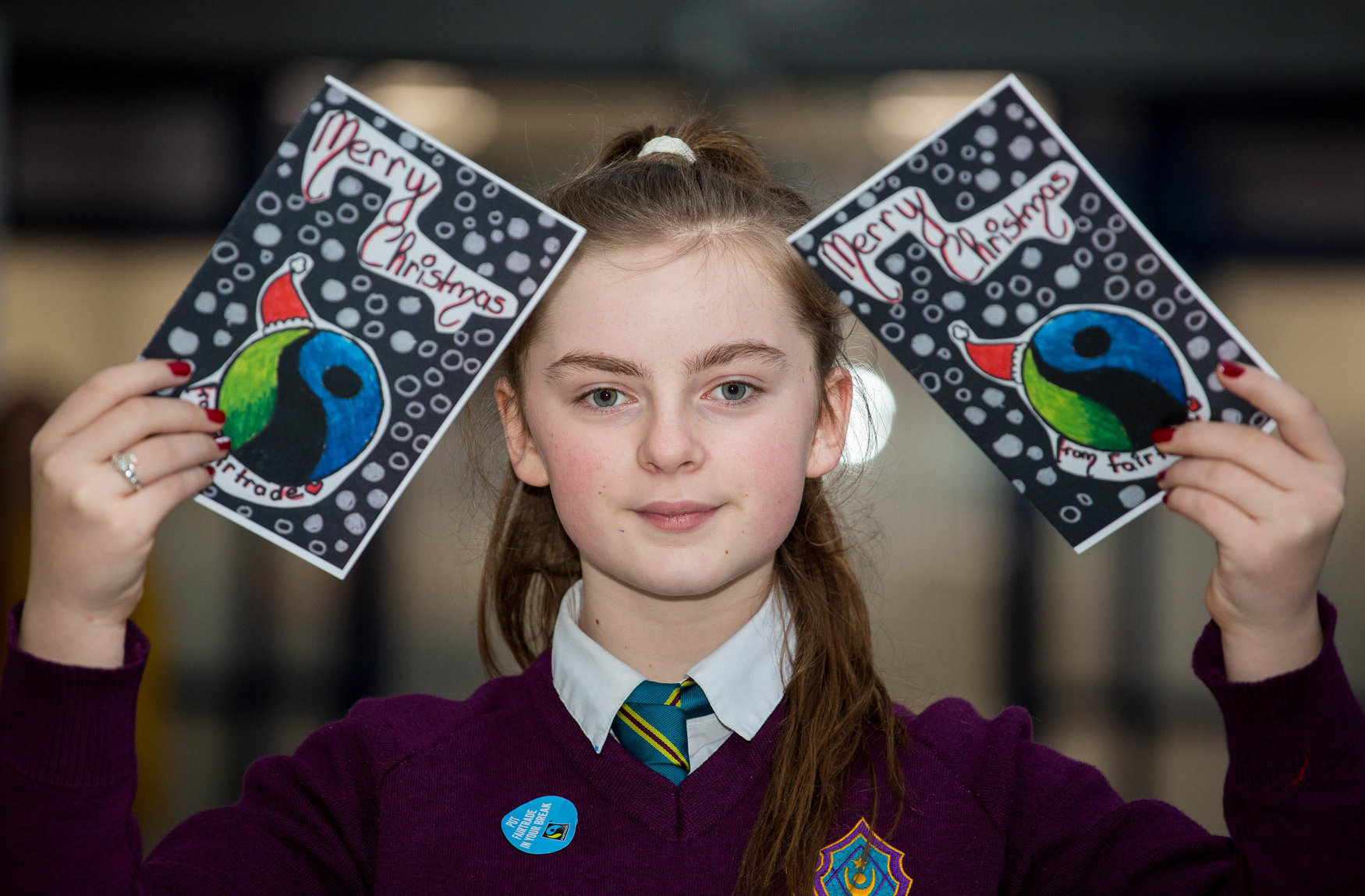 Speaking at the ceremony Mayor of the City and County of Limerick Cllr Stephen Keary said: “Fairtrade is about caring where your food and drinks come from and the impact your buying these products have on others.  Choosing Fairtrade doesn’t mean poorer quality.”

“It means that you care how the product was produced, who produced it and what benefit they get.  I would like to congratulate all the pupils who have shown what Fairtrade means to them as part of the Christmas card competition.”

Dolores O’Meara, Chair of the Limerick City Fairtrade Committee said: “The good news is the recent Fairtrade International report showed that global Fairtrade sales totaled €7.88 billion in 2016 – an increase on the previous year.  Farmers and workers received €150 million in Fairtrade Premiums, an extra payment which is spent on the development of their communities.”

“However, we cannot be complacent.  Fairtrade works with more than 1.6 million farmers and workers around the globe who face many challenges – the impact of climate change being one of them.”

“It is estimated that up to 60% of the sugar cane harvest has been lost in Cuba and there is been an estimated damage of 30% of Fairtrade banana production, equivalent to 4,000 hectares of land, in the Dominican Republic.  Cocoa crops and coffee crops have been damaged by the high winds, rain and landslides.”

“Many farmers have seen their crops and land destroyed.  They depend on us, the consumers, to help them recover.  We must make a conscious effort to add some Fairtrade items to the Christmas shopping basket and I’m delighted that the young people of Limerick are very civic minded and know what Fairtrade is.  It is important that we continue.”