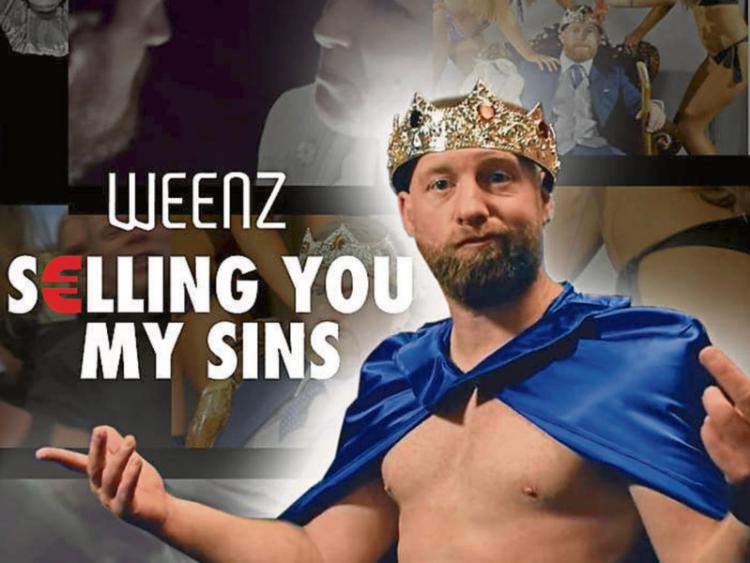 Keith “Weenz” Ryan, 29, from Pallasgreen Limerick, last week released a new live music video ‘Family Sitcom’ which has since been blowing up on Facebook and encouraging people to donate to Corbett Suicide Prevention.

The song ‘Family Sitcom’, which has since received over 25,000 views on facebook, details Keith’s childhood and deals with his emotions and feelings surrounding his father’s suicide. This heartfelt song deals with growing up in Limerick, financial struggles and mental health. In the post on Weenz’ official Facebook, he encourages the public to donate to Corbett Suicide Prevention, which Weenz said: “provide an outstanding voluntary service saving lives in Limerick city”.

The CSPP is a Limerick based suicide prevention group reformed in 2012 who patrol between the four bridges in the Limerick city area. The group’s main focus is to keep eyes on the river, and identify and provide support to those in distress and maybe contemplating suicide

Weenz, who brought a full house at Dolan’s Warehouse in April 2016 with the launch of his 10-track album Selling You My Sins, gained huge publicity from his Local Celebrity music video which went viral and attracted media attention nationally.

While Selling You My Sins reflects on the Pallasgreen rapper’s life in his home county of Limerick, taking an honest yet light approach on his past experiences, Weenz’ new track ‘Family Sitcom’ has a much more serious and heartfelt approach.

After campaign LK, the Limerick City band formed in 2010 decided to go their separate ways, Weenz said “I had to convince myself that my intentions in continuing to pursue a musical career were purely artistic and the only thing that made sense was to focus the storytelling on the pivotal moments in my history without the frills,” The band had gained huge success after supporting The Rubberbandits on their nationwide Horse Outside Tour’ in 2010 and 2011. The hip-hop band sold out shows in Dublin, Galway, Belfast.

Share Your Hopes for Limericks Riverways with City Engage 2017