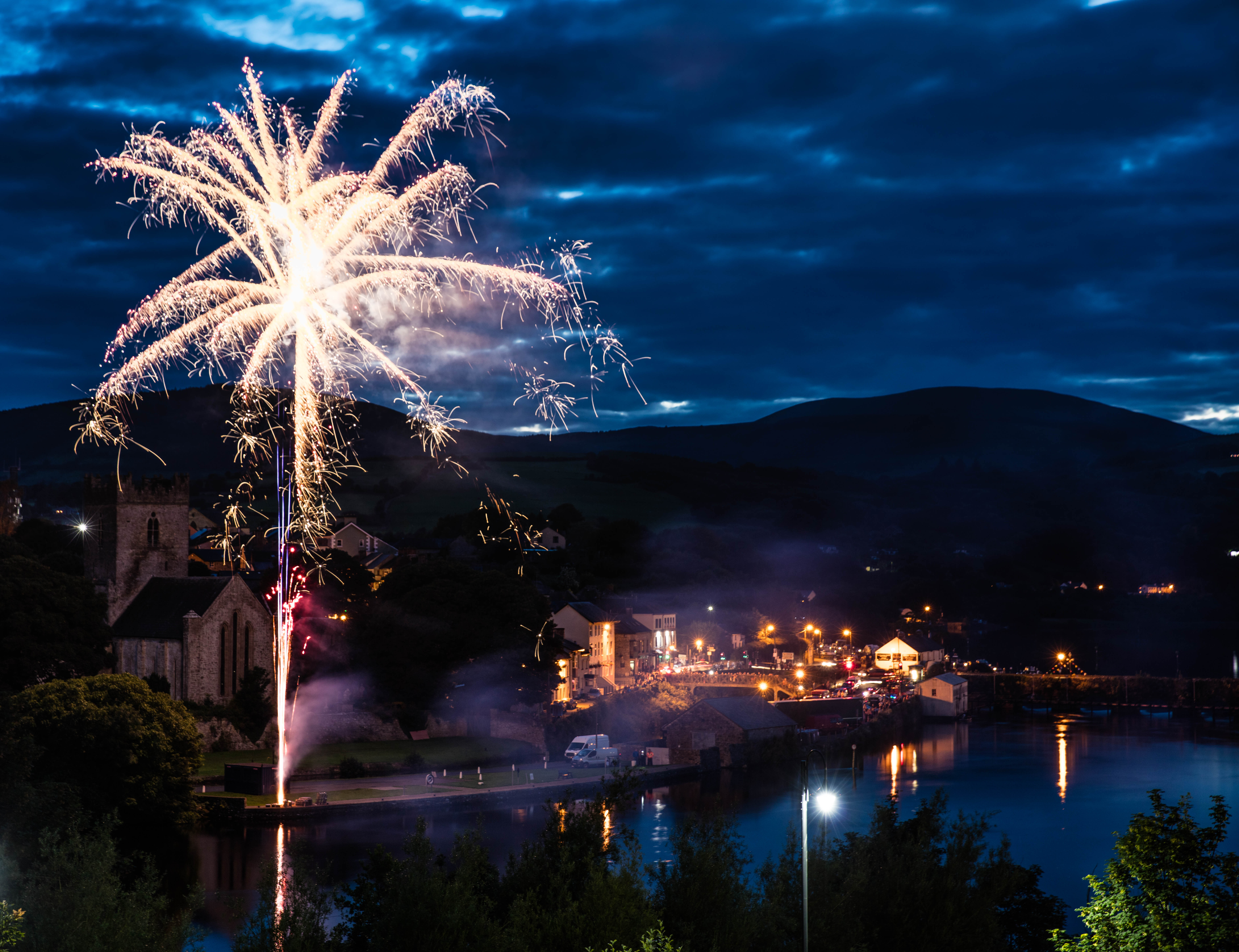 Feile Brian Boru 2017 to be a great four days of fun and entertainment.

The beauty of the picturesque twin towns of Killaloe and Ballina, await you during the 24th Annual “Féile Brian Ború Festival”.  As it is the birthplace of Brian Ború, we like to commemorate Ireland’s Greatest High King in style! Feile Brian Boru 2017 promises to be a great four days of unrivalled fun and entertainment.

Outside the town of Killaloe, on the Scarriff road, lies Béal Ború or Brian Ború’s Fort. To look at it today it is a large circular structure consisting of two built up rings. However archaeological excavations have shown that it was a simple homestead (a ring fort) which was occupied in the 10th & 11th centuries. This is where Brian Ború, his family and his large army of Dalcassian soldiers lived. The Great Hall where Brian entertained his guests was in the centre of the palace, Brian’s’ throne was on a raised platform and the seats of the Kings of Leinster & Connaught were on either side of him.

We hope you will come along and help us commemorate Brian Ború in style – Fun and entertainment for all the family guaranteed!