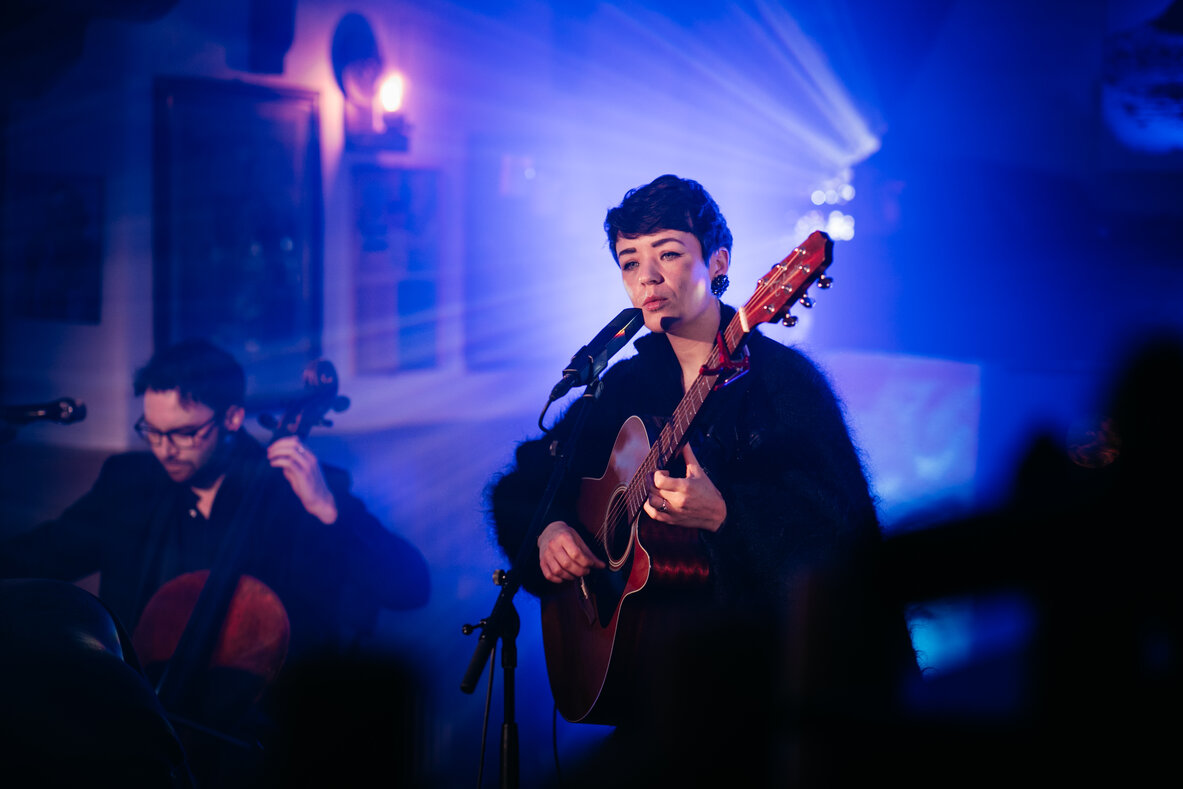 Feile Forever Line-up – A selection of Limerick-bred support acts have been chosen to accompany a stunning selection of headline musicians, including Emma Langford, pictured above.

For the first time in 31 years, the shows will move from Thurles, taking place outside Bolands of Ballyhane, Birdhill, County Tipperary.

For the first time in 31 years, the shows will move from Thurles, taking place outside Bolands of Ballyhane, Birdhill, County Tipperary. The event will be socially distanced, outdoors and covered.

On Thursday, September 2, Bell X1 frontman and national treasure Paul Noonan will be joined by Limerick lady Emma Langford. The sweet folk singer has been an unstoppable force in recent years, winning ‘Best Emerging Folk Artist’ at the RTE Radio 1 Folk Awards in 2018. She joins the songwriter of some of the biggest Irish anthems of the past twenty years, from “Rocky Took a Lover” to “The Great Defector”. The pair are sure to deliver a very special performance at Birdhill.

The legendary Jerry Fish headlines the second Feile Forever show on Friday, September 3, which promises to be a night of sheer entertainment. The enigmatic showman always draws a huge crowd, with a head-turning, energetic performance that never fails to disappoint. Mr Fish has asked Tipperary blues singer and songwriter Norma Manly to open the show. Manly has garnered massive support in recent times, with fans calling the starlet ‘a 21st Century Patsy Cline’.

On Saturday night, September 4, one of Ireland’s most beloved acts takes to the stage, 90’s Corkonian pop band The Frank and Walters. Another Limerick output will support ‘the Frank’s’, none other than ever-on-the-up Dylan Flynn and the Dead Poets. The local lads have been building a serious buzz in Limerick over the past three years, with a score of fans who will be eager to see them support such an institution.

Will Leahy will play host on Friday and Saturday night, chatting to The Frank and Walters and Jerry Fish about Feile concerts gone before, as well as the artist’s plans for the future.

The final instalment of this tune-filled weekend will see two of the midwest’s greatest live acts, The Alvin Purple Experience and The Funk Junkies, step on stage together for the very first time on Sunday, September 5. Bound to an explosion of groove, the two groups could easily draw the biggest crowd, with die-hard fans and new audiences alike guaranteed to be impressed.

The event site will have parking, bar service and food trucks for these socially distant, over 18’s only shows.

Tickets for Feile Forever Shows are available in pods of two, four or six from HERE or HERE