Festival of the Maigue Brings Awareness to Biodiversity of the River 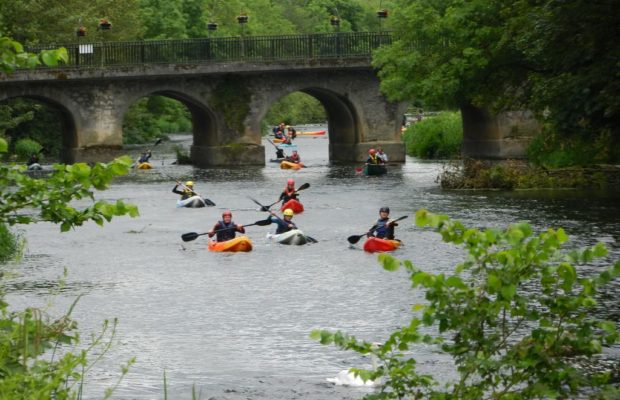 Festival of the Maigue Brings Awareness to Biodiversity of the River

A very successful Festival of the Maigue was recently held in Croom Town Park and took place in conjunction with the annual Family Fun Day in Croom.

The event kicked off on Friday evening, June 14 in the Croom Civic Centre with “The Music and Magic of the Maigue”, a variety concert featuring traditional music, poetry and dance with a distinct Maigue theme. The evening was hosted by singer Muireann Nic Amhlaoibh and was enjoyed hugely by everyone who attended. Des Dillon provided fascinating distraction with his lifelike puppets that glided, trotted and danced across the stage while the music played on. 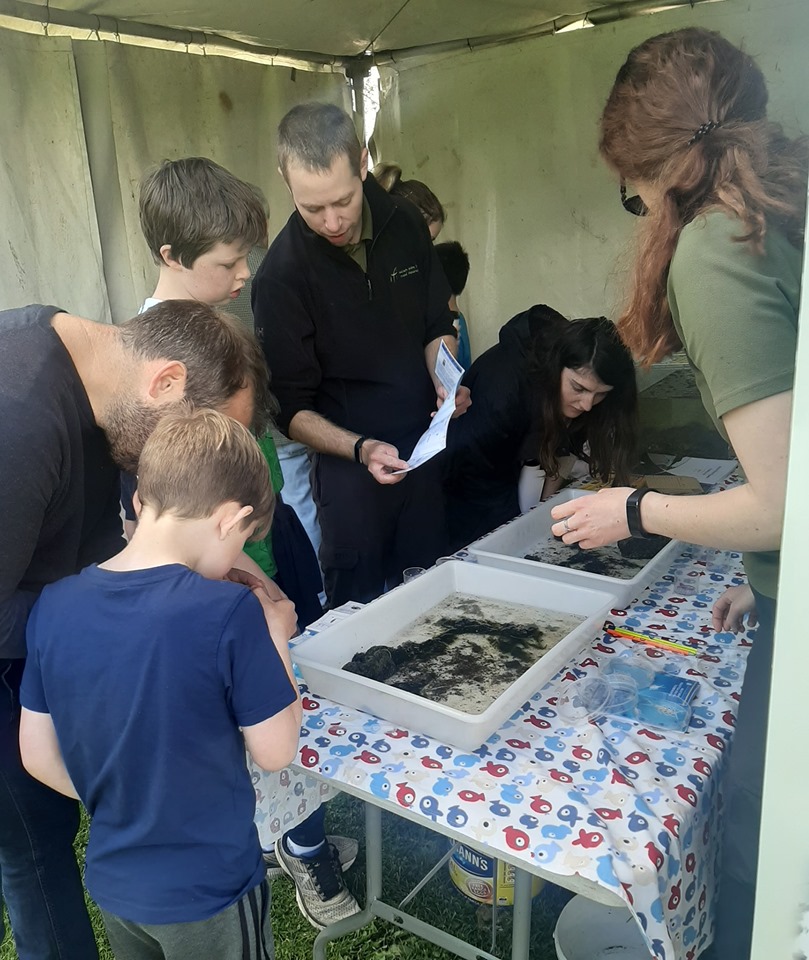 Pictured is Geoff Hunt, biodiversity expert with a display of live fish

Saturday, June 15 started off with two groups of 25 people being taken upstream in order to kayak back to Croom. The kayaking event had taken place last year as well and was so successful that tickets sold out within days of going online. The stretch paddled is very beautiful, with a few tricky bits to make it more exciting. As before the paddlers were under the watchful eye of Dave Neville of Nevsail.

Unfortunately, it has recently come to light that crayfish plague has infected stretches on the Maigue. This threatens to wipe out the indigenous white-clawed crayfish. The event served as a good opportunity to make people more aware of the situation and how it can be prevented from spreading further.

Meanwhile, in the park, the Irish Fisheries (IFI) had displays of live fish from the river, and biodiversity expert Geoff Hunt invited young and old to peer through his microscope at the multitude of bugs and larvae he had to show. Everything being shown at both tables had been collected in the Maigue that morning. The river is truly full of life!

Also in the park, aspiring anglers were drawn to free demonstrations on fly-tying as well as fly-casting lessons. A mini fly-casting competition was also held under the supervision of renowned angler Dave Buston of the Maigue Rivers Trust.

The event was organised by the Maigue Rivers Trust The Maigue Rivers Trust was officially founded in 2016 and consists of volunteers who aim to improve the biodiversity of the river, encourage community participation in conservation attempts and promote the development of leisure activities along the river. For further information email [email protected].

For more stories about The Maigue Rivers Trust go here