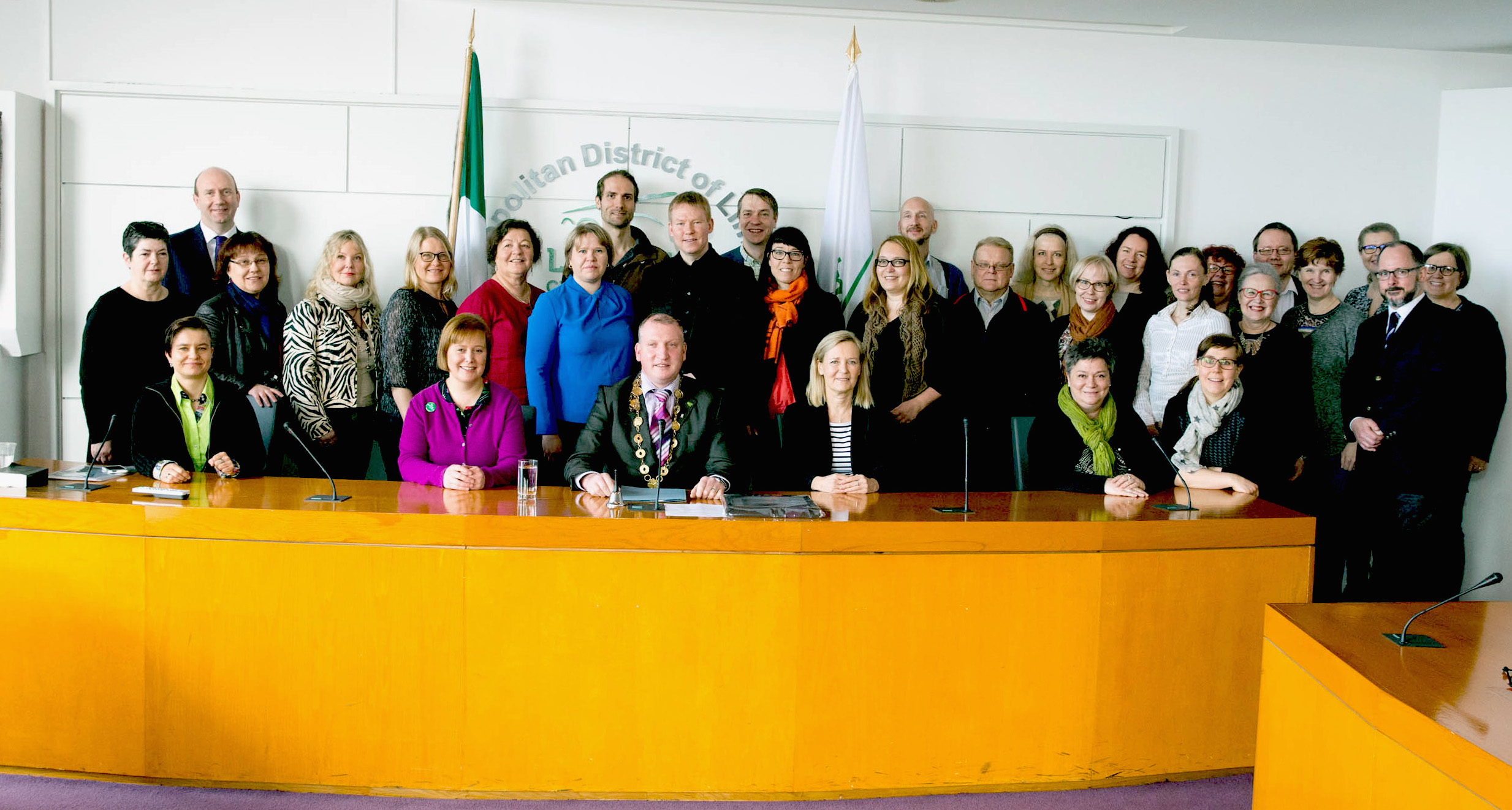 Limerick hosted a Finnish delegation comprising Government, Local Government and community representatives. The Finnish delegation visited Limerick to explore community led development and went to St. Munchin’s Community Enterprise Centre in Limerick City before travelling to Adare to visit the Manor Fields – a 25 acre site owned and managed by the local community and which is being developed for recreation and amenity use.

The delegation’s Limerick visit is being facilitated by the Irish Local Development Network, the PAUL Partnership and West Limerick Resources.

Councillor Liam Galvin, Mayor of the City and County of Limerick and Councillor Eddie Ryan, Chairman of the Local Community Development Committee (LCDC) make a presentation to Petri Rinne, Head of the Finnish delegation at City Hall.
Picture: Keith Wiseman

Ahead of their site visits, Councillor Liam Galvin, Mayor of the City and County of Limerick and Councillor Eddie Ryan, Chairman of the Local Community Development Committee (LCDC) welcomed the group to City Hall. The LCDC was set up by Limerick City & County Council in 2015 to promote community-led local development by working closely with Limerick’s three Local Development Companies, namely Ballyhoura Development, PAUL Partnership, and West Limerick Resources

Welcoming the delegation, Mayor Galvin said, “Community-led local development is very important in the development of Ireland’s urban and rural communities. It involves the coming together of statutory bodies, elected representatives, communities and social partners to address complex economic and social problems. It promotes an integrated multi-sectoral approach to development clearly led by the needs of local communities. We are thrilled the Finnish delegation visited Limerick.”

The Finnish delegation is made up of representatives from Local Authorities; Leader Local Action Groups (LAGs); community projects, networks and associations and Central Government Departments (Agriculture and Forestry, Finance, Local Government and Regional Administration). The delegation is led by Petri Rinne, Manager of a Leader Local Action Group and former chair of ELARD , the umbrella body for European Leader Groups.