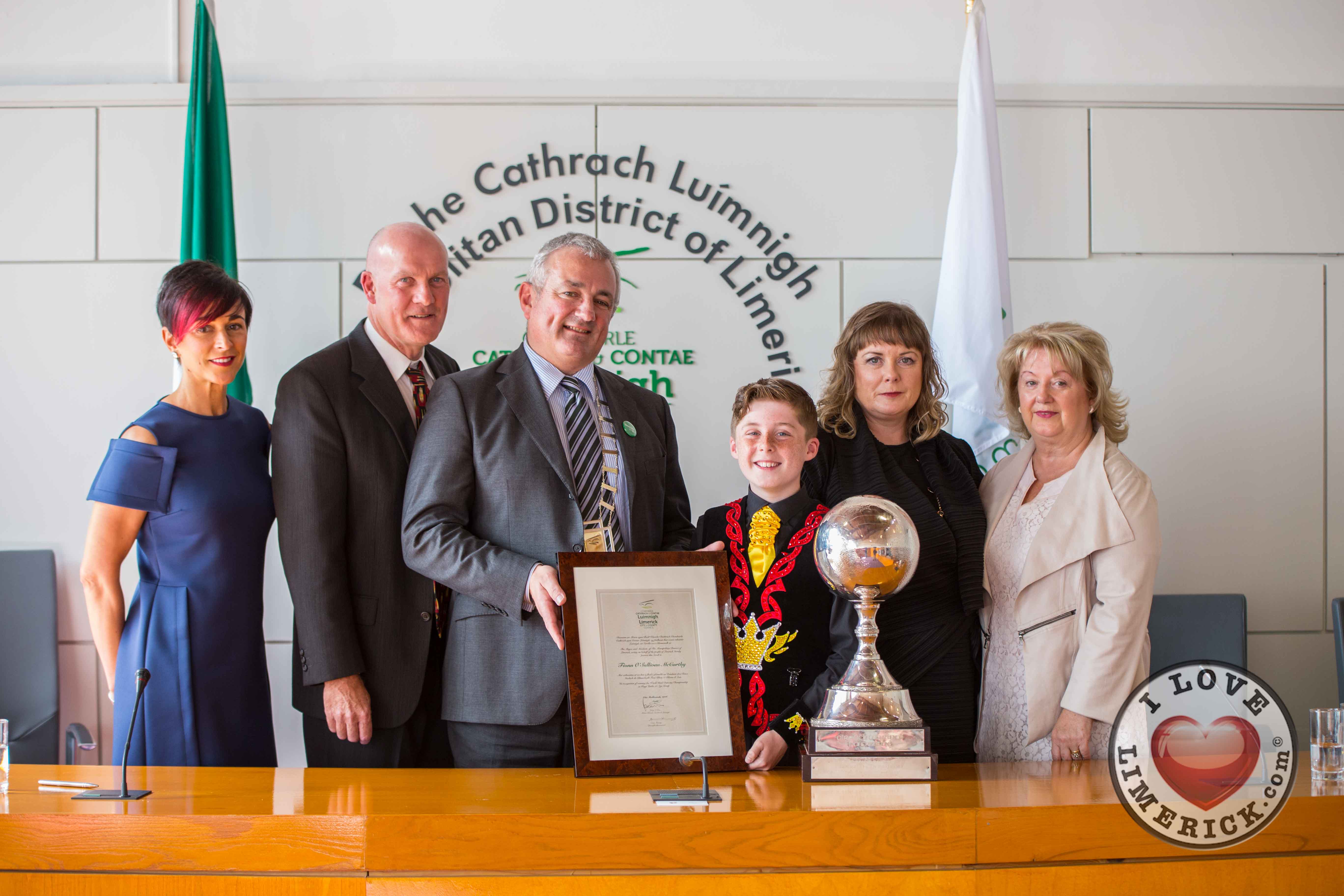 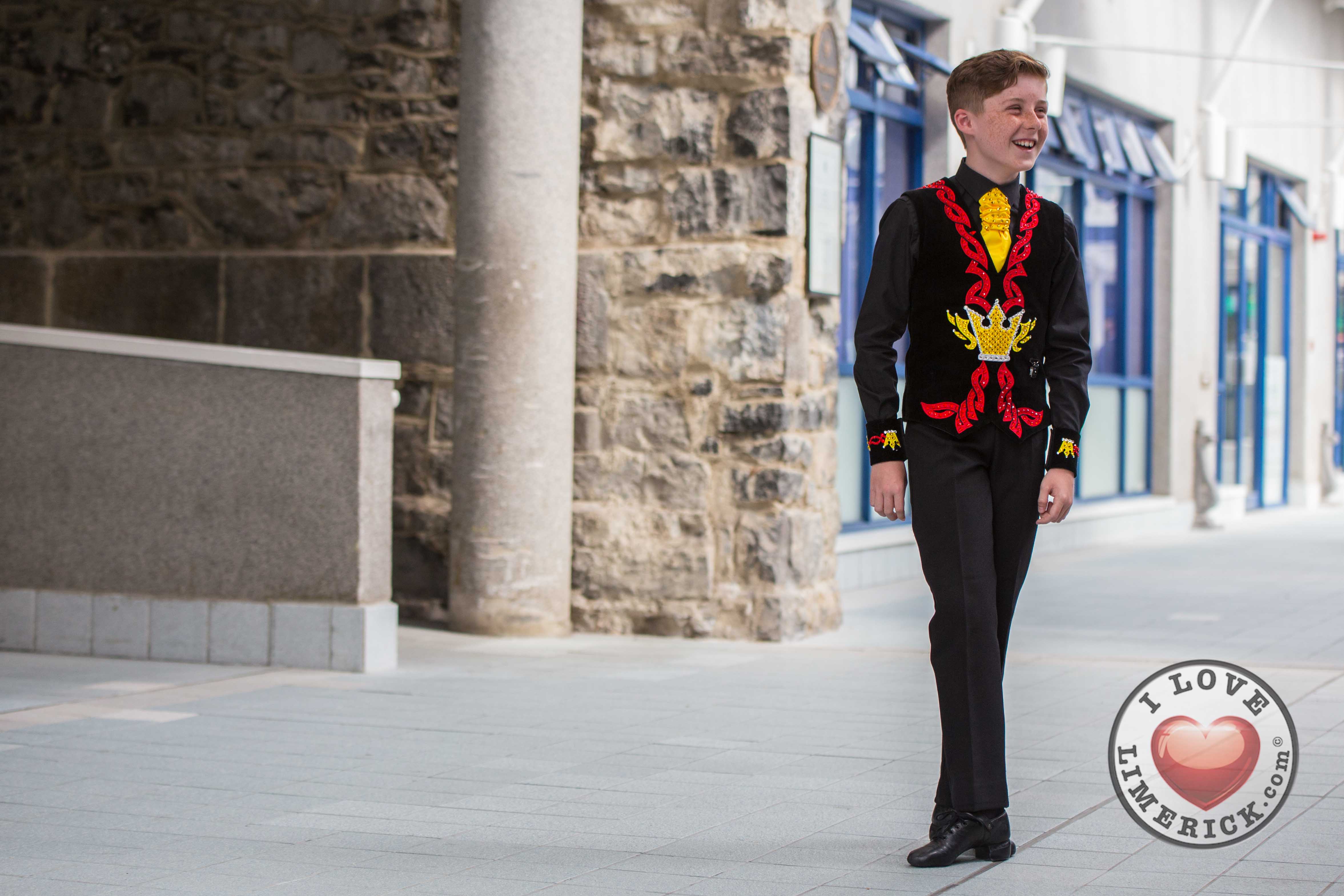 Fionn O Sullivan before he did a performance in The Metropolitan District of Limerick. Picture by Cian Reinhardt/ I Love Limerick

The civic reception was held by members of the council. Finn’s friends and family attended the reception as well as many others. Lots of young people sat at the council members table in the centre of the room who were also members of Fionn’s Irish Dancing School ‘. This was received highly by them as their grinning faces glanced around the room at the commotion and the amount of people gathered.

Fionn, who is only ten years old, has set a brilliant example for young people and the entire community of Limerick. Mayor of the Metropolitan District of Limerick, Jerry O’Dea had some encouraging words to say about Fionn during his speech: “Limerick has had many heroes rightfully honoured in these chambers over the years at these civic receptions; people who have shown example, inspiration, courage and skill. Fionn has rolled all those very admirable characteristics into one small but powerfull frame. I suppose what really sets him aside in terms of this honour is that it’s probably fair to say he’s amoungst the youngest recipient of a civic reception here in Limerick.”

Following those words, Fionn went to the podium and said a few words, the attention not affecting him in the slightest as he spoke every word clearly with a smile on his face. “Without the help, support and encouragement I’ve gotten over the past four years it would not be possible to be here today as a world champion. I’m very proud to be a Limerick person and it is my aim to bring more world titles back to Limerick.”

It’s no wonder that Fionn O’Sullivan McCarthy achieved such incredible results as he had always had a determined attitude. Sharon O Brian, teacher at ‘Scoil Rince Uí Bhríain’ said that at the age of seven Fionn was already dreaming of winning World Champion. “He never lost track in the three years I’ve taught him with one goal in mind and he did everything to do it and he eventually did it.”

Sitting down after the ceremony with countless people congratulating her was Helen, Fionn’s mother who was beaming with pride. When asked how to describe the whole experience she said: “Amazing I suppose is the only word I can come to think of, absolutely amazing and shocking that your son of ten years old is a world champion.”

For more news on awards won from Limerick locals from I Love Limerick click here.