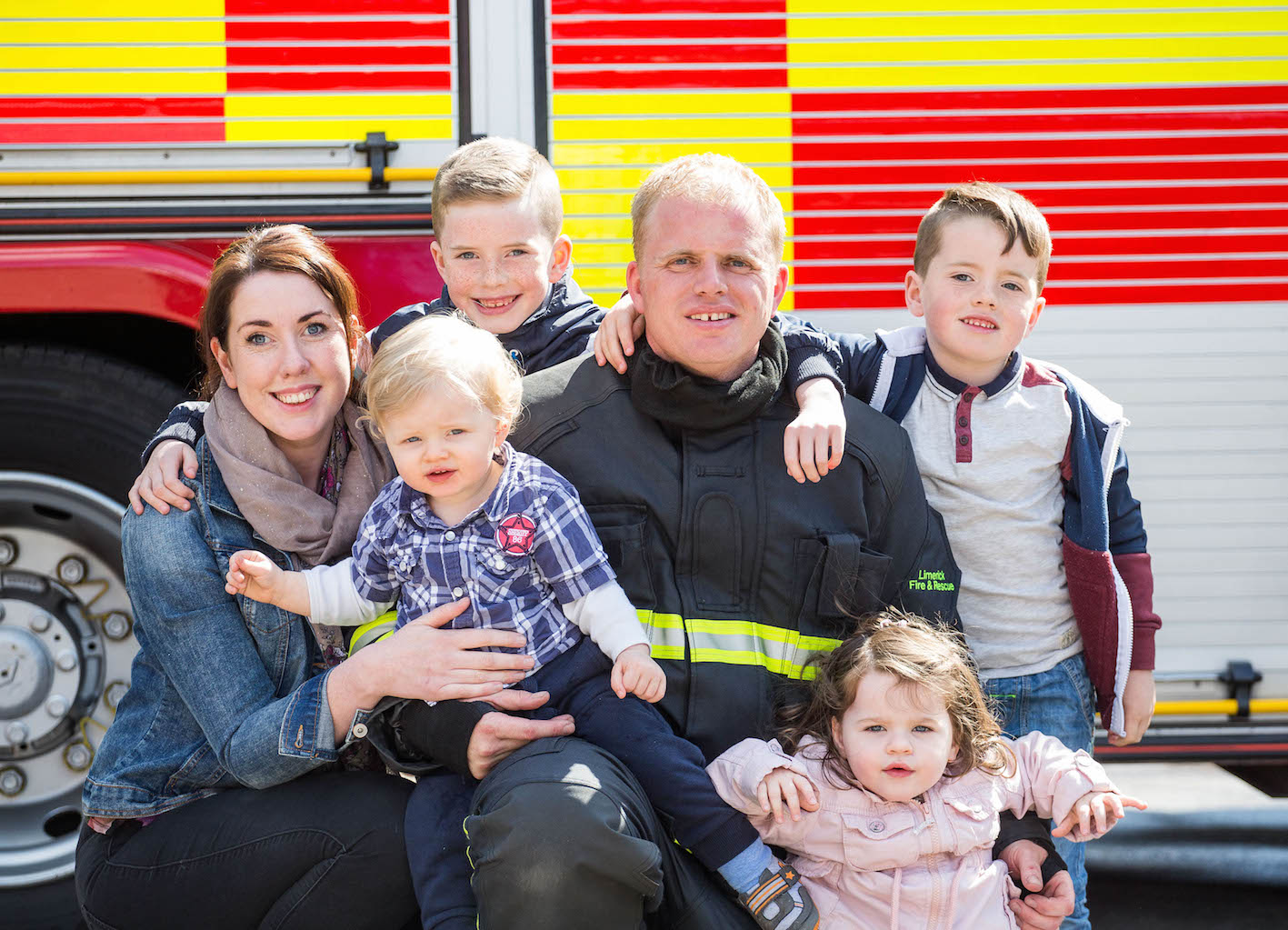 Following completion of a 15-week intensive training course, 10 newly commissioned Fire Fighters were recognised at a passing out parade attended by public representatives, local authority officials and members of the Fire Fighters’ families in a Fire Fighters Passing Out parade.

Having undergone 15 weeks of training with Dublin Fire Brigade, the new recruits will be based at Mulgrave St across the four full-time watches bringing to 160 the number of Fire Fighters in the city and county.

More than a dozen different modules covering all aspects of the service’s work responding to emergencies have been covered by the new recruits in recent months. They include all Fire Fighter basic skills, ladder and pump drills, hydraulics, working from heights, introduction to hazardous materials, occupational first aid, legislation, and health and safety.

Cllr. Liam Galvin, Mayor of the City and County of Limerick described the Passing Out ceremony as a “proud moment” for the newly commissioned Fire Fighters and their families.

“The new skills each of those passing out today has acquired will ensure they are well placed to take up their new positions,” said Mayor Galvin.

The new recruits carried out a series of drills, pictured to demonstrate the new skills they have learned during their training. Picture: Alan Place/Fusionshooters

He continued, “Public service represents more than doing a job efficiently and honestly. It is also about a complete dedication to the people whom a particular service is being provided to. Every day, 365 days a year, members of our Emergency Services work to protect the health and safety of the citizens of Limerick often putting themselves in harm’s way. This is what makes our Fire Service a significant public service.”

Mayor Galvin acknowledged Chief Fire Officer Michael Ryan and the staff of the Fire Service for their ongoing work in delivering “an important service” to the people of Limerick.

“Limerick Fire and Rescue Service is today amongst the best trained and equipped services in the country.  The Service fleet and facilities are continually being upgraded and expanded, while staff regularly undergo training to further enhance their combined ability to respond to and deal with emergency incidents. Long may this programme of upskilling and investment continue,” concluded the Mayor.

The medals were awarded to Shane McCarthy, Ballina,  following a nomination by Madame Lisa Lapostolle, a French citizen, in recognition of the role he played in providing medical support by telephone from Ireland to the Lapostolle family in France during a family emergency. As a mark of their appreciation, the Lapostolle family nominated Shane to the OCDPC to be considered for an award.

Fire Fighter McCarthy received the “Medaille de Vermeil” (Vermeil Medal) in recognition of the exemplary service and commitment he has provided as a member of the Fire Service in Limerick, along with the “Insigne des Services Citoyens” (Civic Service Insignia). In keeping with the traditions of the OCDPC, the Chief Fire Officer of Limerick City and County Fire Service, Michael Ryan presented the medals to Fire Fighter McCarthy on the organisation’s behalf.

In the citation accompanying the medals, the President of the OCDPC Mr. Pierre Gonzalez noted that the awards “were well deserved distinctions which demonstrated Shane’s commitment as a citizen and also reflected perfectly the spirit and high values which epitomise all of the fire fighting community; values of which all of the emergency services can only be proud.”