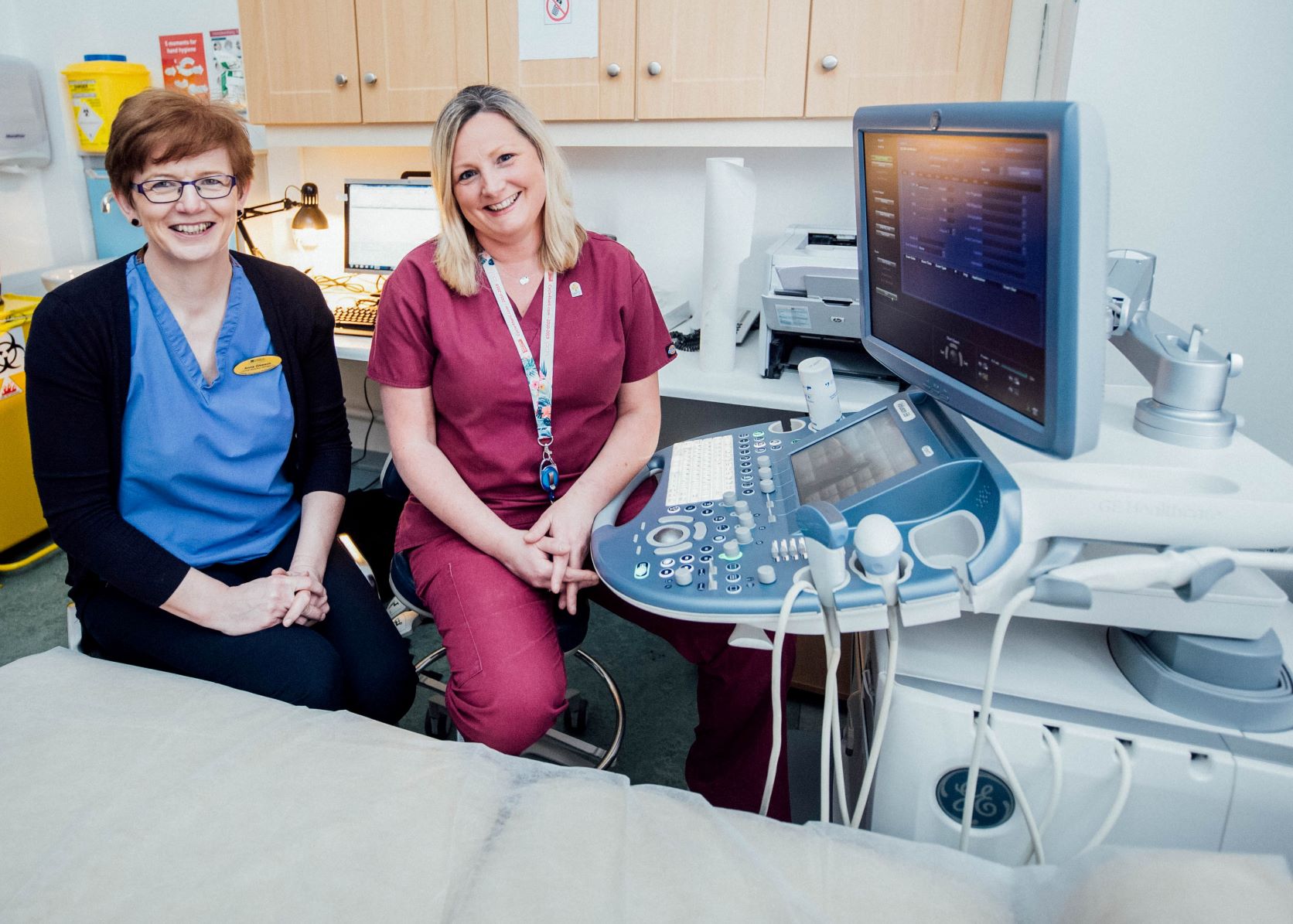 Anna Gleeson has become the first midwife-sonographer to practise at University Maternity Hospital Limerick (UHL). Healthcare professionals providing antenatal ultrasounds have traditionally come from a radiography background but a shortage of sonographers nationally has seen practitioners start to enter through the midwifery route.

Ms Gleeson has 30 years’ experience as a midwife and has recently obtained an MSc in Ultrasonography from University College Dublin. Her qualification is a positive development for women accessing maternity care in the MidWest. Anna was supported in her training and supervised by radiographer colleagues in UMHL and the Department of Radiology at University Hospital Limerick.

Anna Gleeson, from Kilteely, County Limerick, said, “I was always interested in ultrasound and, in fact, I had done a short course on it in the UK in the past. Nothing came of that but when the opportunity came up and the hospital sought expressions of interest for a Masters in Ultrasound, I gave it serious consideration.”

“When you work in a hospital, you are always going on courses to maintain and improve your skills but an 18-month commitment up to masters level is of a different order. I have five children to look after but everyone at home and at work was very supportive and I decided I would take that opportunity. It was a big commitment as it involved travelling to UCD two days every fortnight for one and half years; and a lot of study and assignments in between!”

“To be honest, I was something of a matriarch in my group, which was made up of midwives and radiographers in the main. My interest, because of my background, was obviously in obstetrics and gynaecology but there were others doing the course because they wished to pursue their own interest in soft tissue or in circulation, where ultrasound also has a role,” she added. 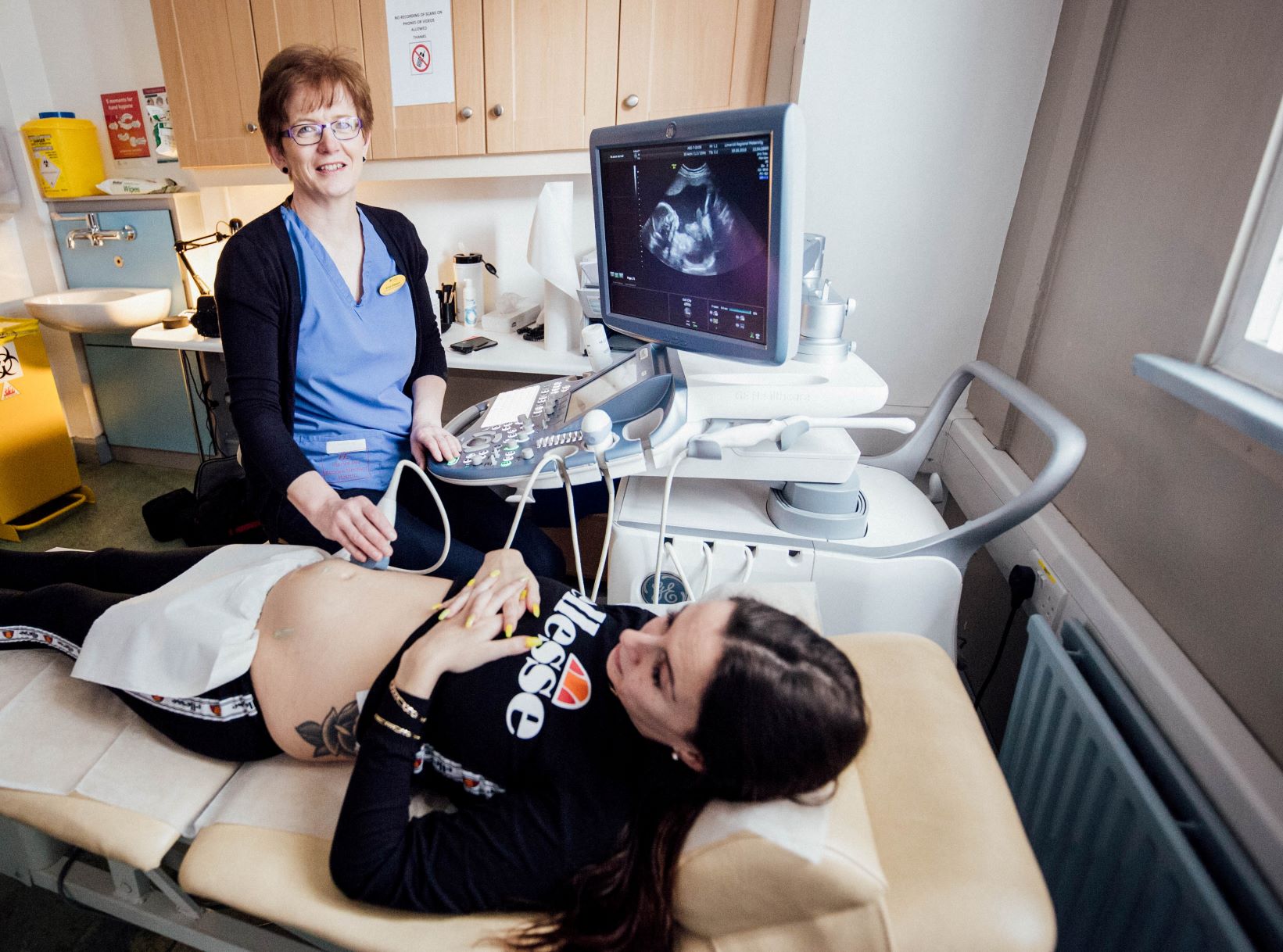 Obstetric ultrasound services are internationally recognised as essential in providing good antenatal care. It is through ultrasound that pregnancies can be accurately dated, the gender of the baby identified and any anomalies picked up. The role of ultrasound in improving mental health in pregnancy, in providing reassurance and in strengthening the bond with the baby is also recognised.

Healthcare professionals who provide ultrasound imaging services need to be highly educated and highly skilled to practise and manage their caseloads in an era where pregnancies are more complex; the average age of mothers is increasing; diabetes in pregnancy is on the rise and there are more multiple births due to IVF and other factors.

“The clarity of the image is vital and while the theory is all well and good, the important thing is learning a new skill so you can master the imaging techniques. A woman going in for her scan will see the sonographers making it look easy but that only comes with a lot of training, and hand-eye coordination is very important,” explained Anna Gleeson.

These practical skills were mainly acquired locally, working with the radiographer sonographers and fetal medicine specialists in UMHL. She also spent some time in the National Maternity Hospital in Holles Street and in the Rotunda Hospital.

Ms Gleeson works in both the main ultrasound department and in the Early Pregnancy Assessment Unit at UMHL. The role, she said, is very varied.

Anna Gleeson spoke in detail about the importance of her profession: “It is a special job to be there at such a happy time for women as their pregnancy is being confirmed and they themselves can see the first real pictures of their baby.  Equally, it can be a sad or difficult time especially when miscarriage is diagnosed. The way ultrasound technology has developed and improved over the years, we are more likely to pick up  deviations from the norm and, in that way, we can help mothers and their partners by referring them on to the right service and the right people, whether that be foetal medicine or cardiac services and so on. And they are therefore better prepared for follow-on care after the birth of their baby. It also helps labour ward staff plan the birth to ensure the specialities needed for the baby are present at the birth thus ensuring the best possible outcome.”

Margaret Quigley, Director of Midwifery, UL Hospitals Group, said, “We are delighted that Anna has been successful in her masters which gives her the qualification to perform prenatal ultrasounds.  She is the first midwife to work in our ultrasound department and we are very grateful for all the support she has received in the unit. We have a plan for another midwife to start the journey that Anna set out on 18 months ago and to continue to support this as a career choice into the future.”