Home / Entertainment / Flash Harry – A Celebration of Queen at UCH

Flash Harry – A Celebration of Queen at UCH 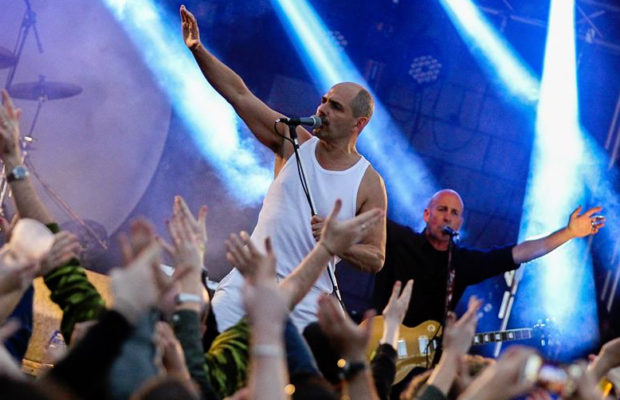 Flash Harry, Flash Harry – A Celebration of Queen will have their Limerick gig on Saturday, June 15th in the University Concert Hall.

Flash Harry – A Celebration of Queen at UCH

Flash Harry – A Celebration of Queen return to action on Saturday, June 15. Following lead singer Harry Hamilton’s recent heart attack, a number of tour dates had to be cancelled, however, the frontman looks forward to being back on stage with their next show at UCH.

The band informed their fans of Harry`s illness via their Facebook page, tell them “Please accept our apologies for this, but we all want Harry to get fit again, and not suffer any setbacks by returning prematurely. Thanks for your ongoing patience.”

Flash Harry presents a show that embraces the very essence of live music, talent, energy, enthusiasm, passion and pure showmanship.  Audiences will see the band rocking out Queen’s greatest hits from Radio Gaga, to We Are The Champions, to Bohemian Rhapsody and everything in between.  Quite simply it’s live music entertainment at its best.

The band Flash Harry have been celebrating the music of Queen for over 20 years and their faithful tribute to Queen has drawn fans of the band in over the years to enjoy the quality of the performances and the sheer entertainment value of their show.

With a huge resurgence in Queen’s popularity following the release of the critically acclaimed movie Bohemian Rhapsody, the demand to see and hear their music live is as high as it has been since the heady days of post-Live Aid 1980s and Flash Harry’s current tour has seen sold out performances all over Ireland including two nights at both Belfast and Cork Opera Houses.

They deliver a show that embraces live music in its purest essence; oozing with talent, energy, enthusiasm, passion and of course the pure showmanship that we associate with one of the most exuberant frontmen of all time, Freddie Mercury.

After an amazing non-stop 20 years delivering unforgettable shows in top-notch venues, the reason for Flash Harry’s success is simple – it’s a show of hit after hit, is universal in its appeal, and has been the soundtrack of the last 40 years. Rarely will a show reach across generations and deliver as much as Flash Harry – A Celebration of Queen.