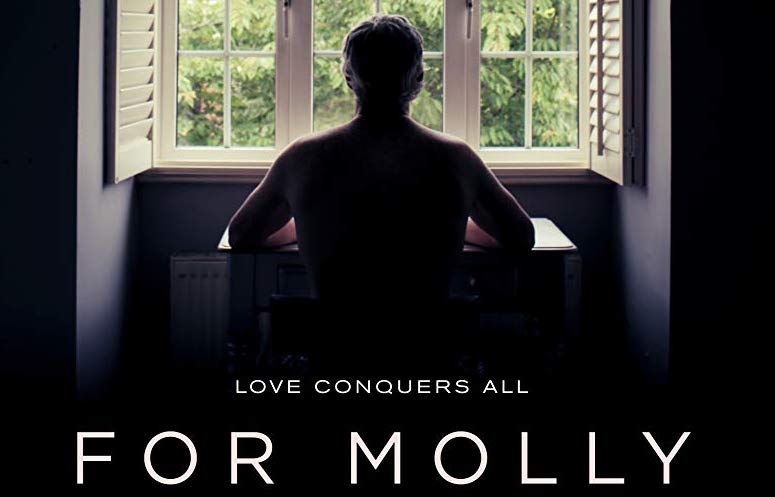 For Molly
New Irish film For Molly raises funds and awareness for Cancer charities
A new Irish film called ‘For Molly’ will screen at the Omniplex Limerick on Friday, October 5 to raise funds and awareness for the Midwest Cancer Foundation and the Irish Cancer Society. National Cancer Week is running from September 24-30.
The film deals with the subject of a young Irish couple coming to terms with a shock cancer diagnosis. ‘For Molly’ tells the story of a young Irish couple ‘Evan and Laura’, engaged to be married and preparing for the arrival of their first child ‘Molly’ when a shock cancer diagnosis arrives out of the blue to Evan.

Uncertain about the future Evan starts recording a series of home movie messages for Molly in an attempt to offer some helpful fatherly advice and a document of who he is for Molly when she is older. The home movie recordings unintentionally end up capturing the emotional rollercoaster Evan and Laura go through as they come to terms with their predicament and events build towards a climax.

The story deals with universal themes of love and loss, death, birth, and healing all told through a distinctly Irish focused lens drawing on and depicting Ireland’s changing culture and way of life.

The film was shot over 5 days in Navan Co. Meath on a shoestring budget by a group of passionate up and coming Irish filmmakers.

Director Cathal Kenna said, “In recent times some of my close family and friends have been affected by cancer. ‘For Molly’ came about as a result of those experiences. With this film, I hope we can highlight some important issues relating to cancer care and prevention by raising awareness particularly among younger sections of the population. I also hope the film will serve as a tool to promote the great work performed by local cancer support groups, services, and advocates working to ensure that the best possible care is available to those experiencing the impact of the disease in Ireland. We will be donating our portion of the films opening night box office proceeds from all of our nationwide screenings to the following Irish cancer support groups and promoting their services of as part of our media work for the film.”

See  http://www.mwcf.ie/  and https://cancerweek.ie/ for more info about the charities.

For tickets, go here.
For more stories like this, go here.