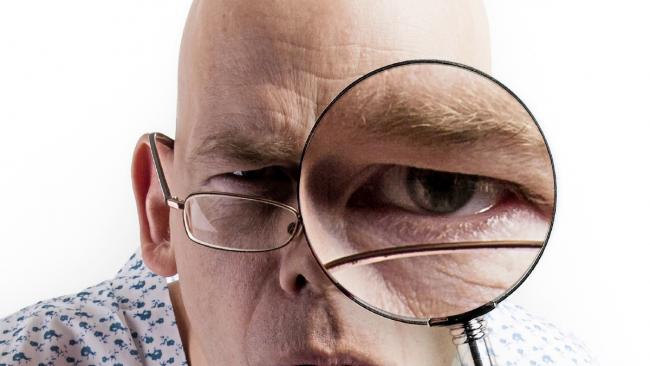 Forget Me Not – The Alzheimer’s Whodunnit at Limerick Fringe

Promo picture of Rob Gee in Forget Me Not – The Alzheimer’s Whodunnit.

Forget Me Not – The Alzheimer’s Whodunnit at Limerick Fringe

Promo picture of Rob Gee in Forget Me Not – The Alzheimer’s Whodunnit.

Jim’s wife, a patient on a dementia ward, has died from what appears to be natural causes. Jim is a retired police detective and he smells a rat. He’s determined to solve one last murder. The problem is he also has dementia. It is a case worthy of the greatest detective mind. But his will have to do.

Leicester-based comic, poet and psychiatric nurse Rob Gee (“Seriously funny” – Sunday Mirror) plays fifteen characters, who deliver a series of tropes, clues, plot twists and red herrings. Forget Me Not has just completed a recent sold-out run across the US and Canada, where it was a critical smash and won several awards.

But now, Forget Me Not is playing at 1 Pery Square, Georgian Quarter, on Thursday, April 5th at 8pm and Friday, April 6th at 9.30pm as part of this year’s Limerick Fringe.

Rob spent twelve years working as a registered psychiatric nurse in inpatient settings around the UK and Australia before becoming a writer and performer. As a performance poet, he has worked with Harold Pinter, Sue Townsend, Jo Brand, Sarah Millican and John Cooper Clarke. He’s won over twenty international awards for his solo shows and regularly appears on BBC Radio.

Rob based Forget Me Not on his experiences as a nurse on a “challenging behaviour” ward for people with late-stage dementia. He said: “I was there as a student nurse around twenty years ago and I left under a bit of a cloud after reporting what I saw. Much has improved since then, but vulnerable people will always be at risk. With our population aging and healthcare spending becoming more of an issue, I wanted to add to the conversation. I also wanted to write a rattlingly good murder mystery and I didn’t think these two things were mutually exclusive.”

Forget Me Not turns a serious subject into a hilarious and thought-provoking, one-man comedy poetry theatre show with a lot to say about how we treat and perceive people with dementia. So much that, since seeing the show, the NHS have now recruited Rob to use the show for training dementia care providers in areas such as compassion and whistleblowing. This has been an entirely new form of training, with 93% of participants saying they would recommend it to a colleague.

“This murder is so perfect, you could even hide it from yourself…”

For more information on Forget Me Not – The Alzheimer’s Whodunnit, go here.