Starting on April 3 and running for 4 days, Foroige and Limerick Institute of Technology are joining forces to help support and educate Limerick’s next generation of leading youth leaders. Young people aged 15 -18 years, from across Limerick, are being invited to participate in Foroige’s Leadership for Life Programme. Foróige and LIT joined in this partnership over a mutual interest in supporting the youth of Limerick City and County to become true leaders of their own lives, communities, county and businesses. LIT has long since recognised the need to create active leaders and has outlined their own desire to become active leaders in education, enterprise and engagement in their “Vision and Strategy to 2020”.

Forioge Youth Leadership programme is a cutting-edge, world recognised, youth education and development programme.  This exciting programme offers a pioneering approach to developing the potential in young leaders. It is committed to changing lives of young people in communities by enabling them to develop the skills, vision and confidence to become effective leaders. The week-long programme challenges young people to use these new found skills and confidence to improve society, thereby helping them to unravel their individual talents and potential.  The programme has been developed as a means of exploring vision and passion, and to enable young people to develop key skills such as planning, decision making, critical thinking, goal setting and problem-solving which are core to Leadership.

While young people will be working through the modules there will also be some very exciting and inspiring guest speakers throughout the week. These include Gareth Bromell, a native of Limerick, who has worked with some of the biggest names in the fashion industry.  The 36 year old is based in LA, New York and London and works as a session hairstylist on photo shoots for magazine editorials, advertising campaigns and with celebrities for movies, red carpet events and music videos. Bromell regularly contributes to magazines such as Vogue and Marie Claire and works with some of the major fashion brands in the world. His work can be currently seen on billboards across Times Square. Gareth’s celebrity clients include Gwyneth Paltrow, Taylor Swift, Rita Ora, Bella Hadid, Keanu Reeves and Joe Jonas to name but a few. Gareth is also the Global Ambassador for Evo Hair and they are kindly supporting Gareth to attend the conference as well as kindly providing all the conference participants with gift bags. 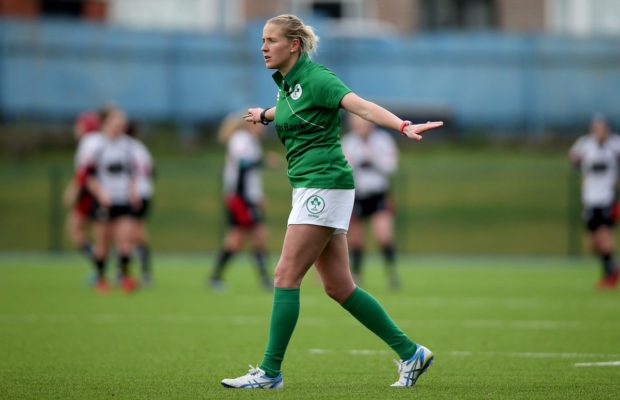 Also speaking at the conference will be Joy Neville, former Ireland woman’s rugby International Captain and current International referee.  As a player Joy represented Ireland both at the 2006 and 2010 Woman’s Rugby World Cups.  In 2013 she was a member of the Ireland women’s team to win both a Grand slam and the Women’s Six Nations Championship.  Since taking up refereeing Joy has achieved a number of firsts as a female in the men’s professional game.  Since 2016 Neville became the first female assistant for a European Challenge Cup, the first female to referee at the All Ireland League, Welsh Premier Division, British and Irish Cup, European Challenge Cup and in February took charge of the men’s Pro14 fixture between Ulster and Southern Kings.  In 2017 Neville was named World Rugby Referee of the Year and also Munster Rugby Referee of the Year.

Music Generation will be attending on the last day of the conference. Music Generation has been transforming the lives of children and young people in Limerick city since 2013, with an innovative, inclusive music programme, delivered by professional musicians.  The programme has grown exponentially since the e launch and they now work in a wide variety of contexts, with all ages and levels of experience.  What is common across all the activities is a focus on creativity and self-expression within a practical, hands-on music making session. Music Generation gives young people the tools and freedom to be creative, recognising and nurturing skills of self-expression in a non-directive way. There is also a strong community component to the programme – they bring together people from different musical, cultural and social backgrounds to create and enjoy music together.

The week is set to be jam-packed with fun events and activities which will inspire and equip Limerick’s next generation of budding leaders with the skills and vision to take charge of their own lives, community and counties.