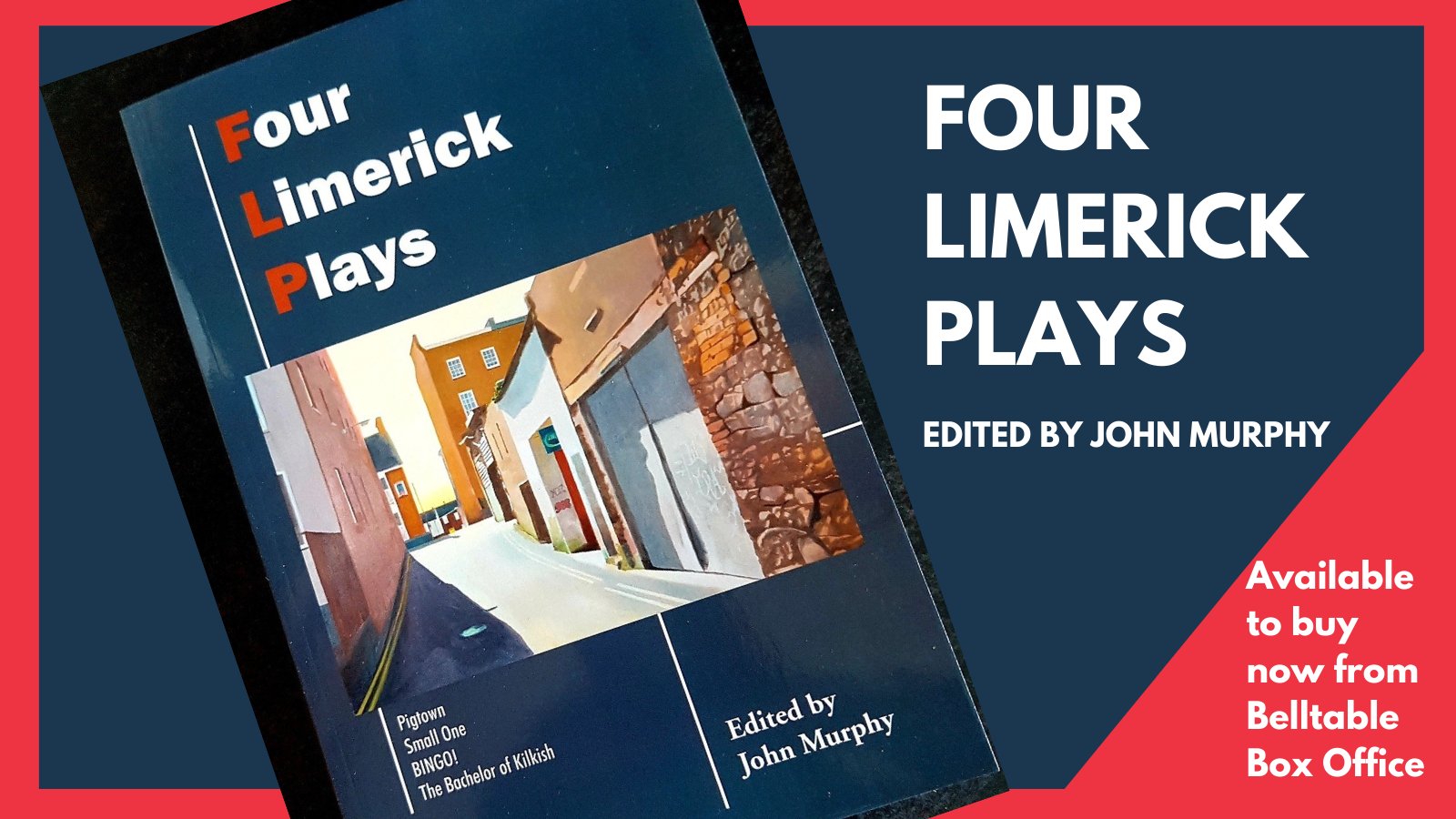 Editor John Murphy (left) pictured at the official launch of Four Limerick Plays at the Belltable with writer Dan Mooney.

John Murphy, a Limerick actor and playwright, has released a collection of four different Limerick plays in book form.

John wondered why so many plays written in Limerick over the years had never been published, so he set aside a plan to do so himself.

The Four Limerick Plays book contains four different stories with four very different voices but all share one common theme, their reflection of a small spectrum of life in Limerick.

The collection contains ‘Pigtown’ by playwright Mike Finn, a theatrical journey through the history of the 20th Century Limerick through the eyes of one man.

‘The Bachelor of Kilkish’ by Myles Breen is about a small-town barber in the midwest seaside resort of Kilkish who discovers his own true self.

Carrie Barret’s ‘BINGO!’,  is a play in which bingo becomes a community for a diverse group of women.

Finally, written by John Murphy himself, is ‘Small One,’ his debut play about a one-woman show where titular character Mingey reminisces, revealing her arrested development as well as her life experiences.

John successfully applied to the Arts Council and received Agility Grants funding, which allowed him to publish the book.

He compiled the four stories together so that Limerick people could have the collection in their homes and see it as something to be proud of.

Carrie Barret expressed her excitement at being included in the book, saying, “Absolutely thrilled that Bingo! has been published as part of an anthology of Limerick Plays. To be alongside Mike Finn, Myles Breen and John Murphy is an absolute honour.”

The book’s synopsis reads,“Each represents a story of our town. Some are comic, some will bring tears, but each one offers a heartfelt glimpse at the lives that our city contains.”

John Murphy’s book is available to purchase at O’Mahony’s bookshop or at the Belltable box office for just €12.