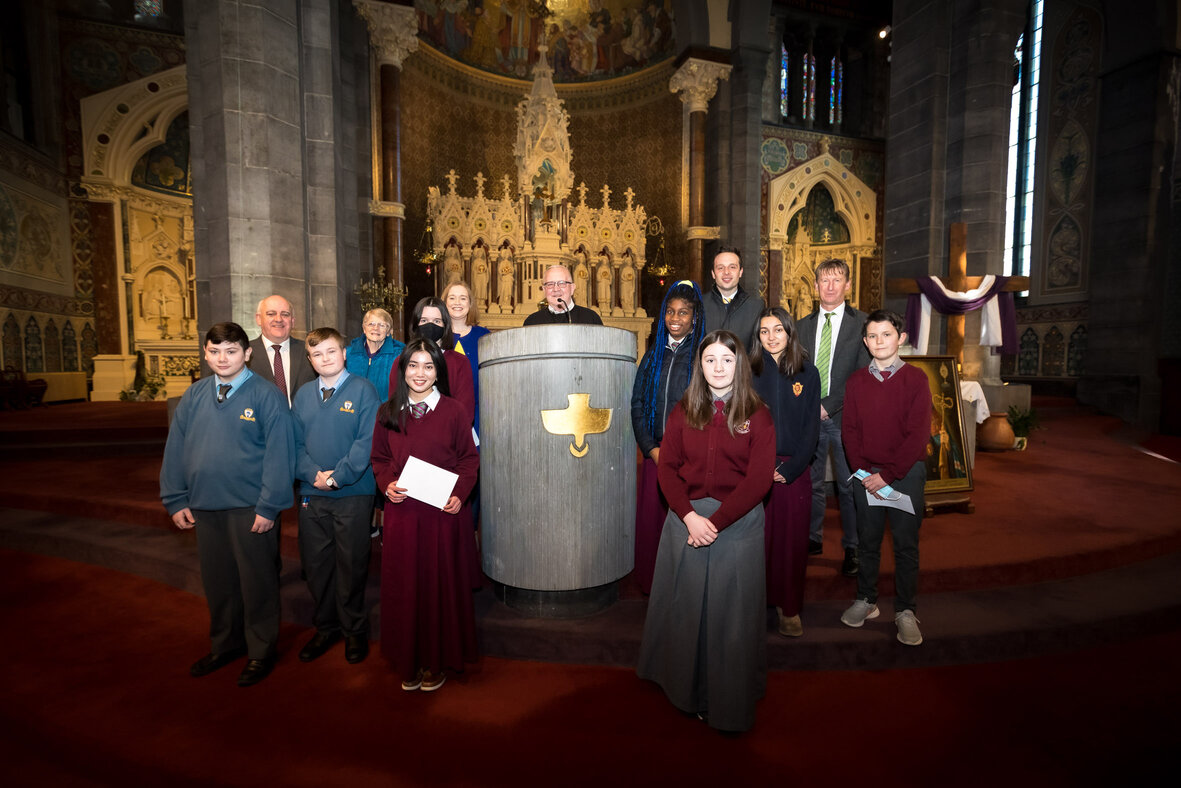 Four Limerick Schools support Redemptorist appeal for Ukraine through a series of donations.

The four Limerick schools have been organising fundraising events amongst themselves for the Appeal for Ukraine. They presented a cheque to Fr Seamus Enright.

Fr Seamus thanked those who donated for their generosity and assured them that all the funds The Redemptorists received would go towards the victims of the war in Ukraine.

The Limerick Redemptorist Ukraine appeal aims to offer shelter, food, and medical support to those travelling away from the conflict and towards border areas.

The Limerick Redemptorist took to Facebook on March 2nd to express their solidarity with the people of Ukraine while asking those who can help to act urgently.

“The Irish Redemptorists like so many other citizens and groups are deeply perplexed and saddened by the unfolding tragedy being inflicted on the Ukrainian population as Ukraine courageously defends itself from an inexplicable war unleashed by Russia,” they said.

The Redemptorist Community in Ivano-Frankisvk turned their kindergarten into a home for orphans. They are currently looking after 40 children from two different orphanages.

Funds for the care of orphans in the orphanage come from the Irish Redemptorist Appeal for Ukraine, which also helped to fund a €15,000 generator in a retreat house at the monastery in Kharkiv which is being used to house refugees.

The generator was purchased in Belfast and is currently being trucked to Ukraine via Slovakia with the help of aid agency, Gorta. The generator is important as much Ukrainian infrastructure is being destroyed in the war and there is no longer a regular supply of energy.

The monastery bakery is working round the clock to bake bread for the children, refugees and local people who find themselves seeking shelter there.

Irish people are being urged to follow in the footsteps of the four schools’ communities and donate as much as they can.

Donations can be made to Fr Seamus Enright at the Redemptorists, South Circular Road, Limerick.

Donations online can be made HERE

ReEmbrace Limerick and the joys of life without limits this Spring