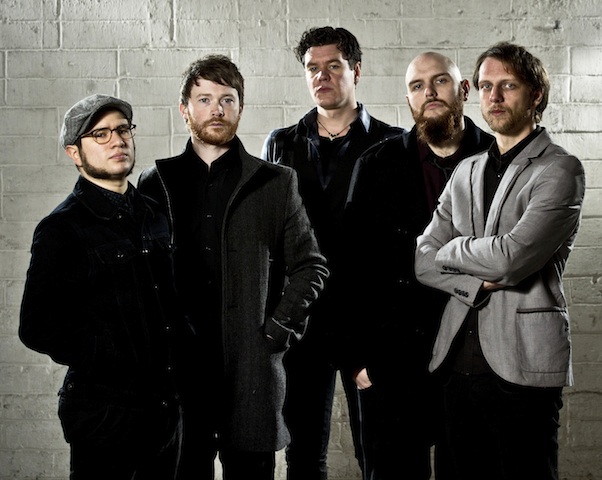 Fox Jaw launch new single Do You Want It All

Fox Jaw new single marks a swaggering return for the rockers, and they will mark its release with a show in Dolan’s Warehouse on Saturday April 16th (doors 9pm, tickets €10). Special guests on the night are Fonda and Kiernan McMullan.

Fox jaw are braving the sound waves today with the launch of their Fox Jaw new single ‘Do You Want It All?’, from their untitled EP which is set to be released in September 2016. Fow Jaw have been described as ‘a modern band with an old soul’, they have a swaggering trend-shaking growl, but always kept it sweet and melodic with an honest collection of dark pop songs.

Praised as “True hidden gems” (state.ie), 2014 proved to be their most successful year to date with the release of Fox Jaws 2nd album, ‘Ghost’s Parade’. With an impressive amount of airplay, raising many eyebrows in the music industry, ‘Ghost’s Parade’ is an album in full sonic technicolor, verifying the bands ability & love for a plethora of genres, above and beyond the pigeon holes many set for them.

I was lucky enough to star in the video for their song “Kerosene” as a disco dancing scary serial killer with fellow Limerick actor Kevin Kiely as my unfortuante victim and since then I have been a huge fan of the band. They are beyond talented. They are playing Dolans next month on Saturday April 16 and this gig is not to be missed! Check out their new video for ‘Do You Want It All?’ on YouTube now. Fox Jaw launch new single

This band is a force to be reckoned with and will continue to climb to the top with their upcoming album! For now make sure you take a listent o their new single ‘Do You Want It All?’ linked below!