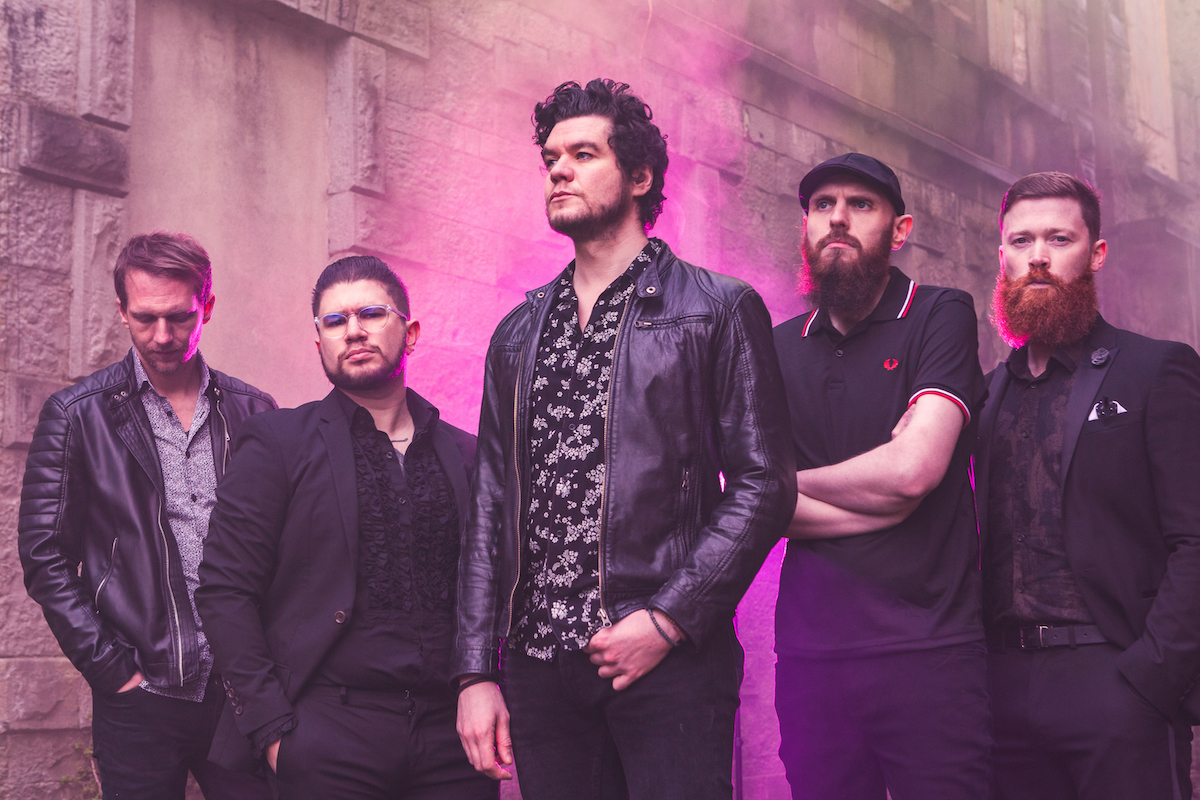 Limerick-based alternative rock group Fox Jaw have announced that they will be performing at ‘Other Voices’ in Dingle which will be streamed in early December across YouTube, Facebook, Twitter, and RTE.IE

Fox Jaw is a musical brotherhood that has honed their craft over the last two decades across various musical projects. Comprising Ronan Mitchell, Morgan Nolan, Sharie Serrano, Kieran J. Sims, and Manolis Pates. An independent band with a DIY ethic, they make sure to have a polished approach in all their creative outputs with all music videos and artwork being created by the band themselves, but most importantly, in their music, they take pride in always having a distinct Irish touch.

We are delighted to announce we’ll be performing at Other Voices in Dingle, streaming early December. #OV2020 pic.twitter.com/orct4LlmVz

‘Other Voices’ returns from December 2, to December 6 with ‘Bringing it All Back Home’. This is a five-day digital festival which will beam 20 beautifully realised live streams into your home.

This year will be different, with Covid-19 there cannot be crowds of people coming together to enjoy the music as there usually is and so the event will be streamed across platforms for you to enjoy from the comfort of your own home. The digital festival will feature an all-star line up of acts who call Ireland home, bringing us songs for the head and the heart over the course of five nights this December.

Fox Jaw is delighted to have been one of the bands invited to share their sound across the Isle of Ireland. The Limerick band has been together for 15 years and have played such festivals as Electric Picnic, Indie Week (Canada and Ireland), Castlepalooza, Knockanstockan, Indiependence, Sea Sessions, AranMojo, Hard Working-Class Heroes, Jape, Hayseed Dixie, Hermitage Green, and even Calvin Harris.

With hundreds of shows under their belts, 10 singles, 5 Vinyl Releases, 2 Studio Albums, 2 Eps, 1 Live Album, countless festival appearances, TV appearances, Magazine Covers, Music Video Awards, and Album of the Year Awards it is clear that they have a lot of experience in their field and deserve the place among the other talented Irish performers who will be performing with them during the digital festival.

‘Breathe In The Strange’ is the third studio album from the Limerick City natives.

The band were due to start their nationwide tour on March 13th 2020, but as many would know, that date resonates throughout Ireland as the beginning of the coronavirus lockdown, and all performances were cancelled until further notice. But the band had anything but a quiet lockdown. For 10 weeks they released a new ‘Covid Cover’ video on their social media channels, with each musician recording their parts in isolation in their own cubbyholes across the country. Covering artists from Tom Waits, Britney Spears, The Specials, Amy Winehouse, George Michael and even Santana, rounding off their final video with a little help from over 20 artists across the world in their own isolated bubbles for their rendition of The Ramones’, ‘Baby I Love You’. Although only intended for social media, the Covid Covers have taken on a life of their own, with airplay on 2FM by Dan Hegarty and even the Library of Congress in Washington reaching out to add them to their archives.  Following the success of the Covid Covers, Fox Jaw were very fortunate to be the recipients of the 2020 Dolores O’Riordan Music Bursary, to support the band in home recordings throughout the pandemic. Fox Jaw Other Voices

For more about Other Voices 2020, go HERE

Related Topics:fox jaw
Up Next