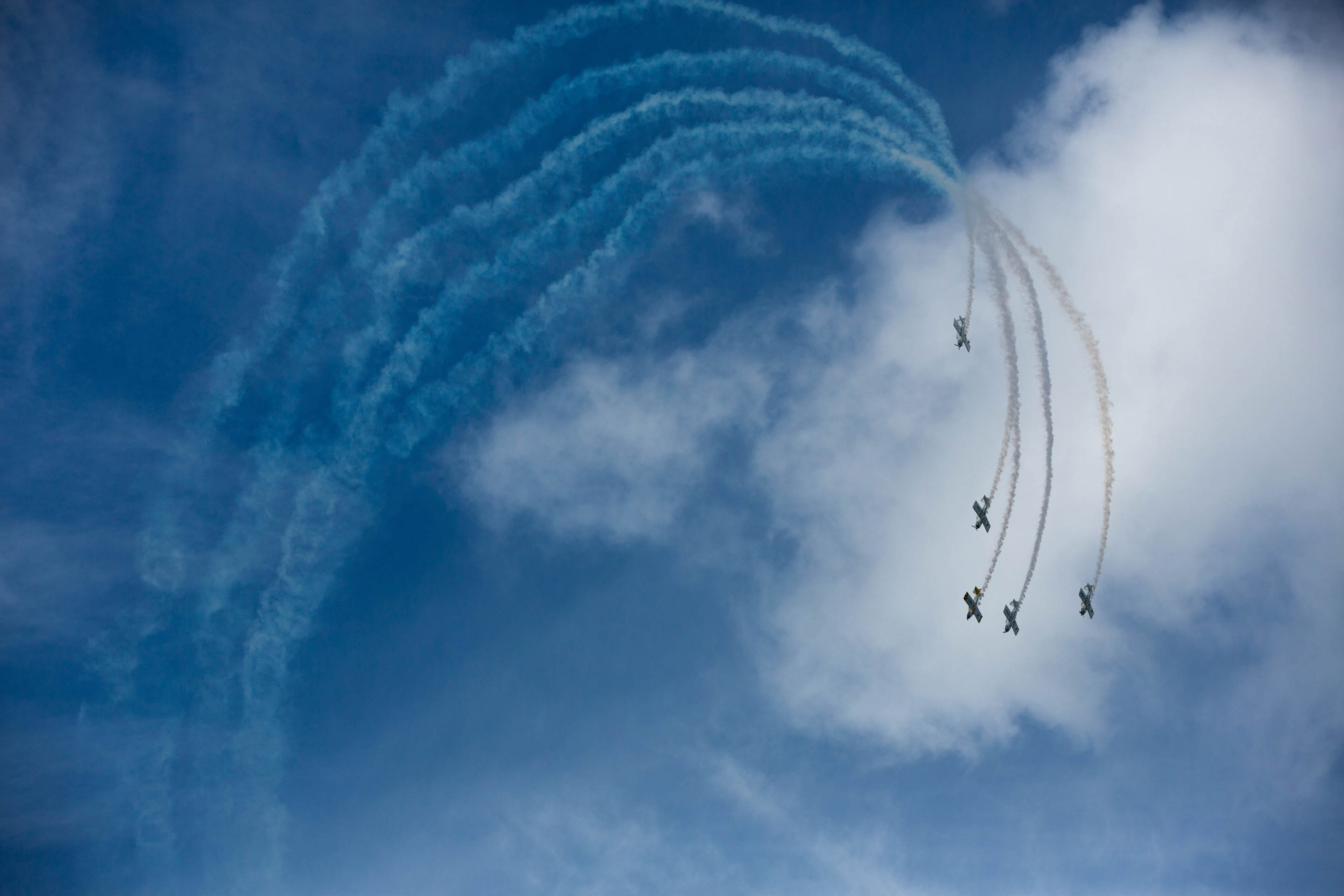 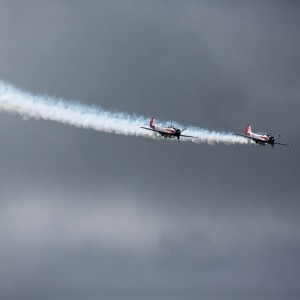 The Yak Team taking part in the Foynes Air Show as 15,000 turned up for the centrepiece of the Foynes 75th anniversary, Photographed by Sean Curtin

Authentic World War Two airplanes, Aer Lingus’ first airplane and one the largest search and rescue (SAR) training exercises ever undertaken in Ireland are among the highlights of the second annual Foynes Air Show which takes place this Sunday, 26 July.

The Show will open at 1pm with the Irish Air Corps, Naval Service (LÉ Samuel Beckett), Irish Coastguard, and Search and Rescue teams from all over the country carrying out a massive sea, land and air exercise in front of the estimated 15,000 people expected to attend.

Among the aircraft taking to the skies over West Limerick and the Shannon Estuary will be a Russian Mini MiG, authentic World War II aeroplanes, a Hawker Hunter fighter, a P51 Mustang and James Bond’s BD-5 Micro-Jet. Meanwhile, Aer Lingus’ first plane, the Iolar, will be flying in formation for one of the first times ever at a public display with three de Havilland Chipmunks in Air Corps colours.

The Air Show will also feature the world’s only formation wingwalking display team, The Breitling Wingwalkers who will perform a sequence of formation loops and rolls while wingwalkers perform acrobatics on the wings. 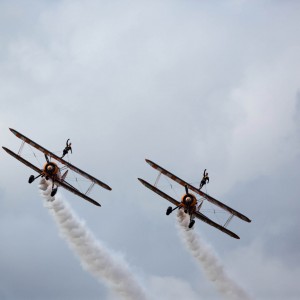 The Breitling Wingwalkers from left: lead pilot (3) David Barrell with wing walker Danielle Hughes and Martyn Carrington (2), with wing walker Lydia Beadle in the 2014 Foynes Air Show 15,000 turned up for the centrepiece of the celebrations involving up 30 different aircrafts. Photographed by Sean Curtin.

The Air Show, which continues until 6pm, will also feature live music, food stalls and children’s entertainment. Organisers say that Park and Ride services will be provided throughout the event to enhance access to and from the Air Show site

“Foynes has a strong association with international aviation and has the world’s only Flying Boat  Museum featuring the world’s only  replica of B314 flying boat. The Air Show not only provides a wonderful day out for aviation enthusiasts and people of all ages but it also celebrates Foynes’ historic place in world aviation history,” commented Margaret O Shaughnessy the Director of Foynes Flying Boat & Maritime Museum.

P51 Mustang (Ferocious Frankie) – This aircraft has fought in WWII, starred in Hollywood blockbusters and come 2nd in the Reno Air Races (without modification) having narrowly been beaten by a heavily modified, hugely more powerful machine.

BD5 – Made famous in the opening sequence of the James Bond film, Octopussy, the BD5 is a single-seat homebuilt aircraft created in the late 1960s by US aircraft designer Jim Bede

Sukhoi Su-26 – A single-seater aerobatics plane from the former Soviet Union, flown by one of Ireland’s top aerobatic pilots and engineers Dave Bruton

Christen Eagle – Described as a true sports car of the sky, the 2-seat Eagle flown by Andrew Fenton will perform aerobatics

Aviatika-MAI-890 (Mini-MiG) – 21 year old Pilot Harry Humphreys will fly his Aviatika-MAI-890, a pod-and-boom, pusher configuration biplane designed and built by the Moscow Aviation Institute (MAI) in Russia in the 1980s

Vans RV7 – Gerry Humphreys and Eddie Goggins, known collectively as AerDynamics, are the first ever Irish civilian aerobatic formation team and will be flying the  versatile Vans RV7 and the Cap 231 in a unique display of low level formation aerobatics and exciting head-on passes.