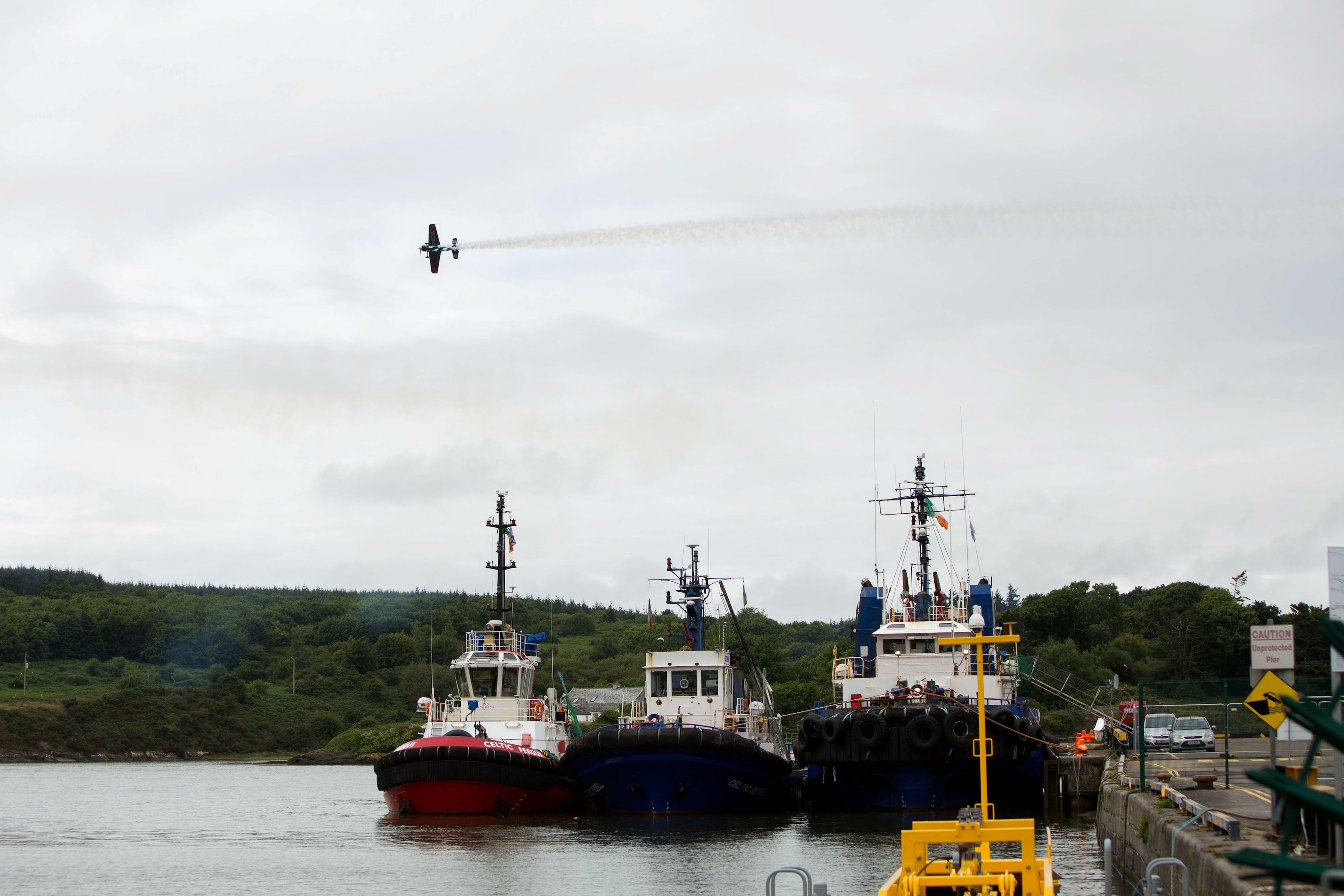 More than 20,000 people expected to attend Foynes Air Show 2017. – Among this year’s displays are a number of Irish air show firsts including the show opener the Spanish Air Force F-18.

More than 20,000 people are expected in the west Limerick village of Foynes this Saturday, July 22, for the west of Ireland’s largest ever aviation event – the Foynes Air Show supported by the Irish Aviation Authority (IAA).

In this never before seen spectacle, skilled military pilots from across Europe flying the world’s most high tech, quickest, state of the art planes will share the skies over Foynes with world champion pilots in iconic and historic aircraft.

And it is not just the skies that are garnering worldwide attention, as international dignitaries, ambassadors and government ministers are also confirmed to be in attendance alongside special guest on the day, An Taoiseach, Leo Varadkar.

The Foynes Air Show will begin at 1.30pm, but the message is to come early for ease of access and to enjoy the festivities which begin at 12noon.

Margaret O’Shaughnessy, Foynes Air Show Festival Director said, “This year’s Foynes Air Show is a massive undertaking for Foynes and indeed Limerick, and has the potential to be the standout event of 2017 along the Wild Atlantic Way.

“We have one clear message for all those planning to come along, that is to come early and enjoy all we have to offer. While the first planes will take to the skies at 1.30pm, there will be loads of family street entertainment and a carnival from 12noon,” she added.

“Travelling into the village for the show couldn’t be easier or more stress-free. In conjunction with An Garda Siochana, the traffic plan will provide for a comfortable and convenient park and ride system by Dublin Coach for those coming from the Limerick City and Shanagolden side, as well as a park and stride system for those travelling from the Tarbert and Glin direction. “

“There is also a limited bus service from here for those who may require it. The N69 through Foynes Village will be closed to vehicles from 11 am to 6 pm on Saturday to facilitate the show,” explained Ms O’Shaughnessy. “

“One of the nicest things about the Foynes Air Show is that there is, of course, no bad viewing point from which to watch the display as the action is all overhead, and the only one capable of blocking the view of even the smallest child is a misguided bird,” she added. 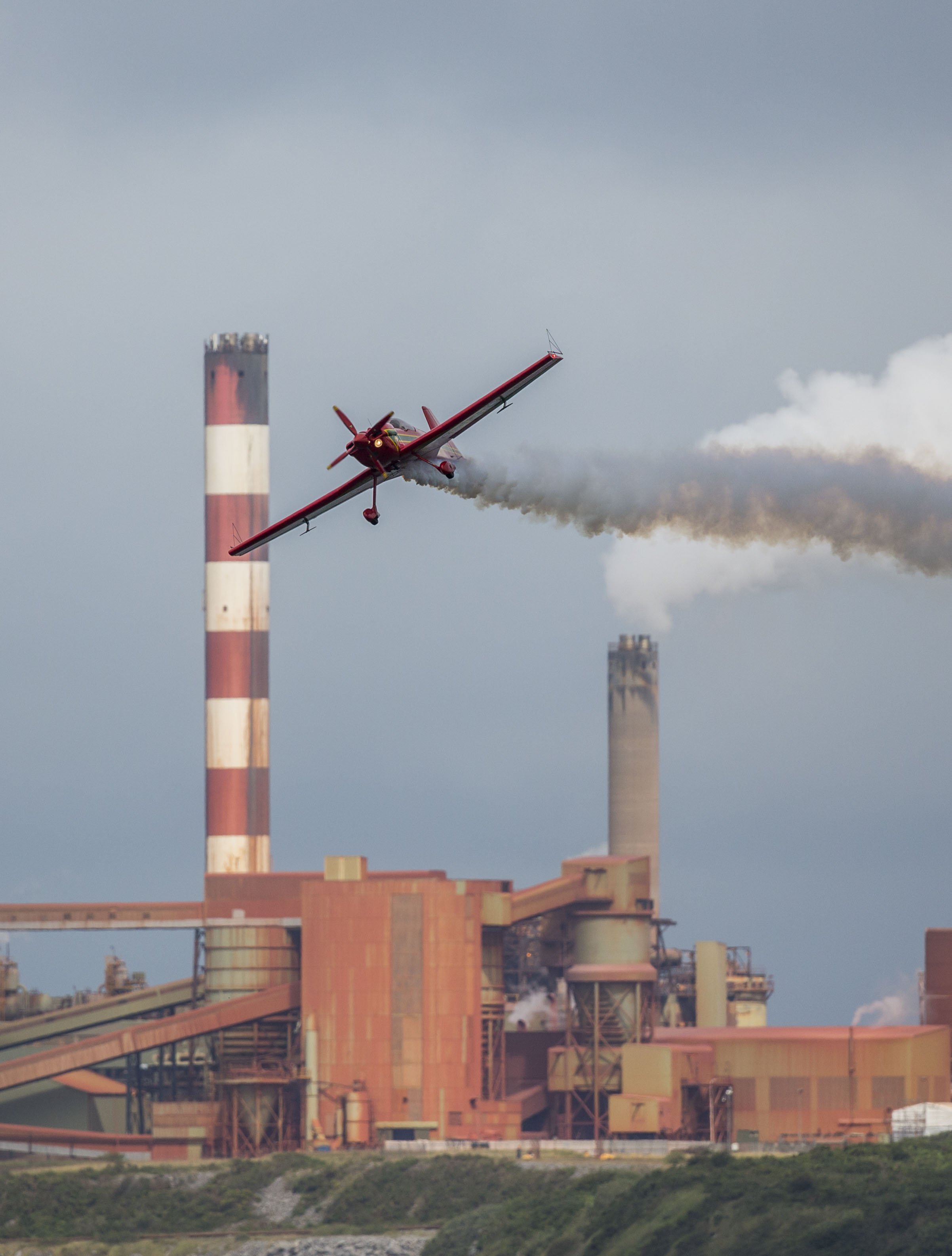 Aviation enthusiasts gathered along the shores of the Shannon Estuary in West Limerick for the Foynes Air Show. Picture: Alan Place/Fusionshooters.

David Fielding, Flying Display Director, Foynes Air Show said,  “The 16 acts and 30 aircraft on display will be made up of shock and awe displays from Europe’s most skilled military pilots, breathtaking aerobatics by Ireland and Europe’s most experienced aviators, as well as fly pass by some of the world’s most historically significant aircraft.

“This free family show is about entertainment and enjoyment, with a nod to world aviation history and Foynes significant role in it.”

“This year’s show is so much bigger thanks to the involvement of Irish Aviation Authority.  All of the hard work will be worth it to see World War II aircraft take their place with world class military aircraft such as the Spanish Military’s F-18 Hornet, the Swedish Airforce SAAB Viggen and the Norwegian Airforce’s Vampire Jets,” added Ms O’Shaughnessy.

The Irish Navy Vessel the LE Niamh will also be docked in the port this Saturday, and there will be an air, sea and cliff rescue display by Ballybunion Sea and Cliff Rescue.

Among this year’s displays are a number of Irish air show firsts including the show opener the Spanish Air Force F-18.

The Ravens, a six ship RV4/8 Aerobatic formation display team based in the UK will add plenty of drama to the show, while the ‘Swedish Air Force Historic Flight’ will showcase Viggen jet – the Swedish single-seat, single-engine, short-medium range combat aircraft.

A British Spitfire, probably the best-known fighter plane ever produced, will also be part of the line- up, alongside the Norwegian MIG aircraft and a pair of ‘Vampires’.

The DC-3, which revolutionised air transport in the 1930s and 1940s, will take to the skies over Foynes, and the Catalina Flying Boat will return to Foynes after 80 years.

The main supporter of the Foynes Air Show is the Irish Aviation Authority (IAA) as part of its #AviationIreland campaign to promote aviation across the State. The IAA also supports the Bray Air Display which will take place on Saturday and Sunday, July 22 and 23, 2017.

Eamonn Brennan, Chief Executive of the Irish Aviation Authority said, “Aviation is a hugely important economic driver for our country and this year under the IAA’s “Aviation Ireland” campaign we are supporting not just one but two spectacular air shows over the same weekend at Foynes and at Bray, making this year an extra special one for fans of aviation across Ireland. We see this as a great avenue to raise the profile of aviation and to generate an interest in our industry.

“We are delighted to have the IAA supporting us this year as it allows us to put on the largest show ever along the Wild Atlantic Way. We are also grateful to our other sponsors including Shannon Airport, Limerick City & County Council, Shannon Foynes Port Company, Fáilte Ireland and many other aviation companies and local industry,” added Ms O’Shaughnessy.

Come and support the Milford Hospice Harvest Fair on August 27