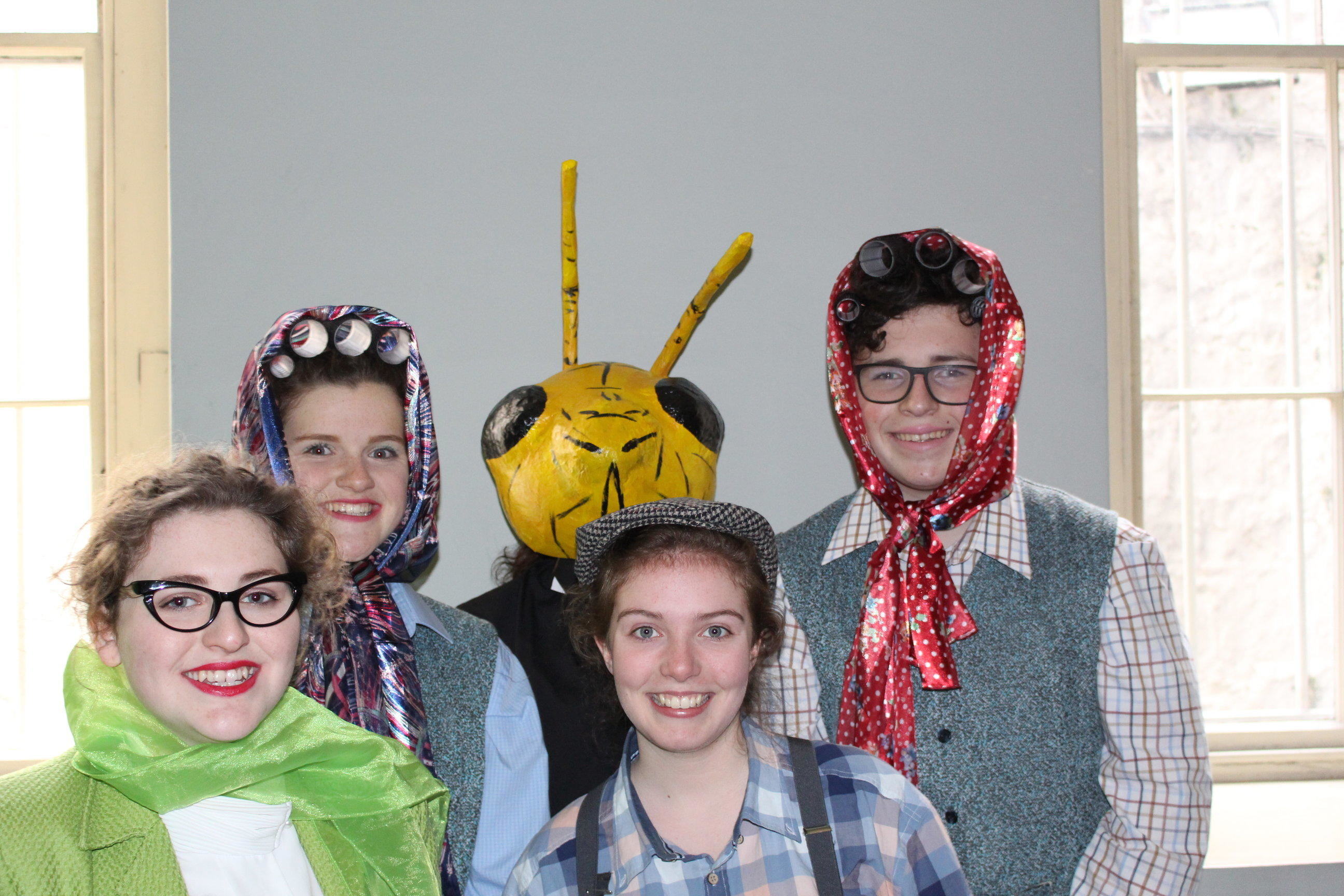 Frank Pig Says Hello was written by Patrick McCabe and is directed by Naomi O’Kelly. The play is set in a small rural town in 1960s Ireland. It’s about a boy who ‘goes wrong where neglect and loneliness drive him into a dark place. It’s also about the host of characters you find in any small town and the funny and ridiculous ways in which they interact with their neighbours. Working with 24 transition year students from schools in Limerick city and county, counties Clare and Tipperary, the play will be staged by the Transition Year Theatre (TYT) Company at the Belltable on 24 & 25 February 2017.

Limerick Youth Theatre celebrates its 20th birthday this year and we are delighted that a former member of LYT is directing this year’s Transition Year Theatre as part of our year-long celebrations. Naomi O’Kelly, in her words ‘a proud ex-member of Limerick Youth Theatre’. Naomi now lives in Glasgow, Scotland, though she tries to stay in touch with Limerick cultural life and contribute to it. Her practice is quite wide, and she uses a range of skills to make a variety of events based on performance, well-being and community empowerment. Some of her recent projects have included; A Great Hall by the Sea, a one-woman puppetry performance with the National Theatre of Scotland, Five Houses, a community production with Limerick’s The Gaff, and bedside storytelling in all wards at Glasgow Children’s Hospital. Naomi is working with Imaginate and Puppet Animation Scotland to make 10,000 Mistakes, a show for children about the idea that it’s ok to make mistakes. She is the recipient of a new award which will help her develop multi-sensory theatre for young people with PMLD (profound and multiple learning disabilities) in Scotland.

One of the reasons why the director chose Frank Pig Says Hello is for its unique style. She added; ‘it is likely to be different from anything that the young cast have done before, requiring a larger-than-life performance style, and a playful approach to staging. With just three weeks to get to grips with a new style and a new script, the whole team is working hard, learning the most important lesson you can get from any work experience: everyone has just have to go for it!’

Angie Smalis, Artistic Director of LYT commented; ‘I have been overwhelmed by the response to the open call for our TYT project this year.  It is wonderful to see so many young adults considering theatre as a potential career and making the decision to take part in the creative process of theatre-making. This year, LYT celebrates its 20th birthday and we are proud and privileged to have Naomi O’Kelly direct Frank Pig Says Hello at the Belltable, Naomi is supported by a full team of professionals assisting this emerging ensemble to take some of their first steps into the art of theatre-making and performance.  I am looking forward to seeing all three shows and witness everyone’s achievement’.