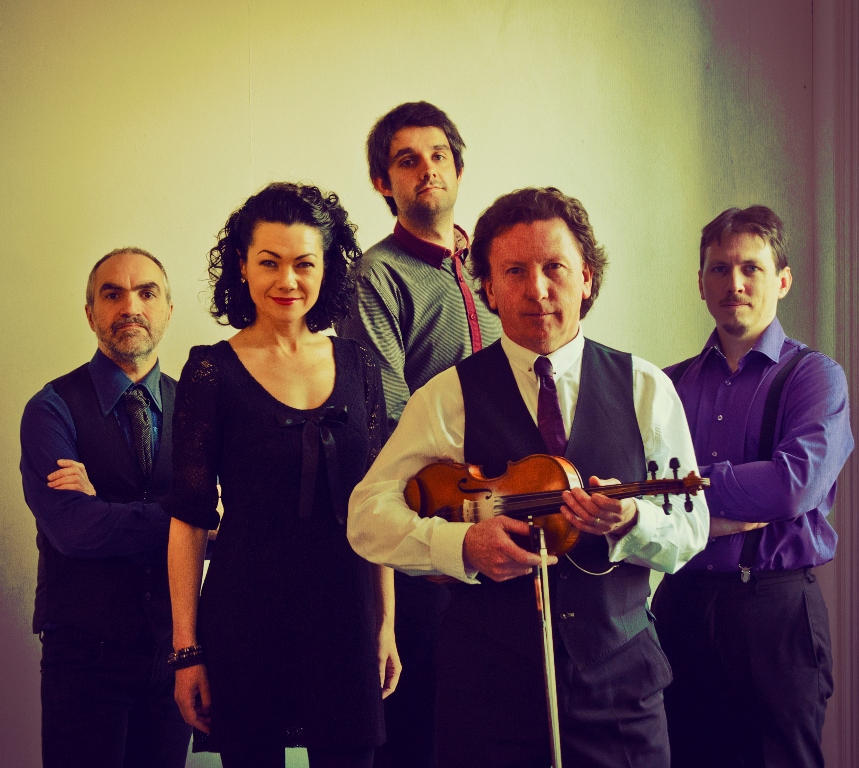 Join legendary, traditional musician Frankie Gavin at University Concert Hall, Limerick this September. Frankie will be joined by De Dannan – a host of exceptional musicians with vocalist Michelle Lally. Described as having the voice of an angel, Michelle follows in the footsteps of all the Irish greats who have performed with De Dannan such as Mary Black, Maura O Connell and Dolores Keane.

Barry Brady from Co. Roscommon on accordion is a stylized performer, and he too follows in the footsteps of box playing greats like Jackie Daly and Mairtin O’Connor. Superb in every way, Barry brings a life to the music which lifts the spirit and gels with Frankie’s electrifying fiddling. Between them they leave no stones unturned when it comes to exciting jigs, reels and hornpipes at the highest possible level. Double Bass player Paul O’Drisceoil from Kinvara, who has performed with Riverdance, brings a new dimension to the De Dannan sound. A superb Bassist, and a skilled Jazz player and backing vocalist, Paul brings an energy source to the band which lends itself to Irish, Jazz and maybe a touch of Bluegrass!

Colm O’Caoimh on Guitar from Kilkenny is the youngest member and can only be described as unique. Colm, like Paul, Barry and Michelle, are at the highest performance level yet seen in Irish Music and only what one has grown to expect from Frankie Gavin & De Dannan over the years.

Support on the night will be provided by Greenshine, a family trio comprising Noel Shine, Mary Greene and their daughter Ellie. Greenshine can count Christy Moore and Sharon Shannon amongst their legion of admirers, both having described the Greenshine album, which appeared on RTE Radio One’s Recommended New Albums List, as “Gorgeous”. Their material straddles the boundaries of contemporary, folk and roots and includes many self-penned songs. Their fast picking and close harmonies are a treat to the ear.