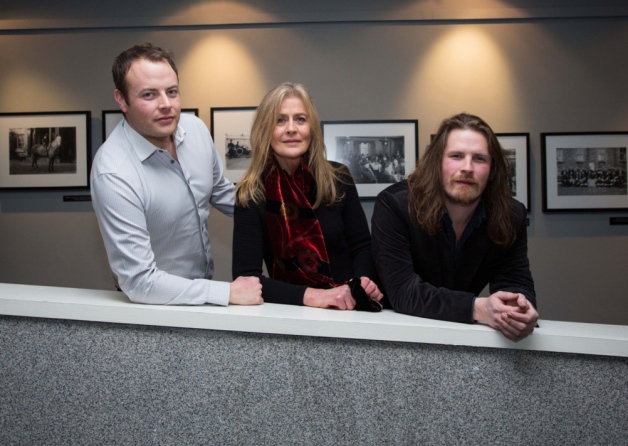 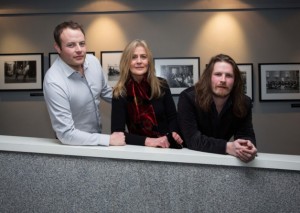 Patricia Haselbeck Flynn with her sons Darragh and Sean at the opening of the Glazed Street, the Haselbeck collection of photographs, which has gone on display in City Hall. Picture: Alan Place

Last week saw the opening in City Hall of ‘The Glazed Street’ – an exhibition of images, documents and photographic equipment from the studio of Franz S. Haselbeck. The exhibition, part of Limerick City of Culture, was launched by the Minister for the Arts Heritage & Gaeltacht Affairs, Jimmy Deenihan. The son of German Protestant immigrants, Franz S. Haselbeck was born in Manchester in 1885 and moved to Limerick in the early 1900s. Haselbeck graduated from the Dublin Metropolitan School of Art before working as apprentice to a number of photographers throughout Ireland. He then returned to his now home city of Limerick where he set up a studio and worked as a freelance press photographer from 1912 until his death in 1973. His subjects included early tourism, studio portraits, merchants and traders, the Irish Volunteers, R.I. C. and British military, Gardaí, sport and country pursuits, street scenes and the construction of the Ardnacrusha hydroelectric scheme in the late 1920s. The photographs of Franz S. Haselbeck are of immense historic value to Ireland and a great debt of gratitude is owed to the Haselbeck family for preserving the collection in the forty years since his death and in particular to Franz’s granddaughter, Patricia Haselbeck Flynn, who has been custodian of the Haselbeck Collection for almost twenty years, during which time she rescued the photos from a flood, and not one but two house fires. Patricia also recently produced a fascinating book called Franz S. Haselbeck’s Ireland, based on the images. Admission to the Haselbeck exhibition, which will remain open throughout February from Monday to Friday, 9am to 5pm, is free of charge. Extra Opening due to popular demand Saturday February 15 & 22 from 12pm to 4pm.