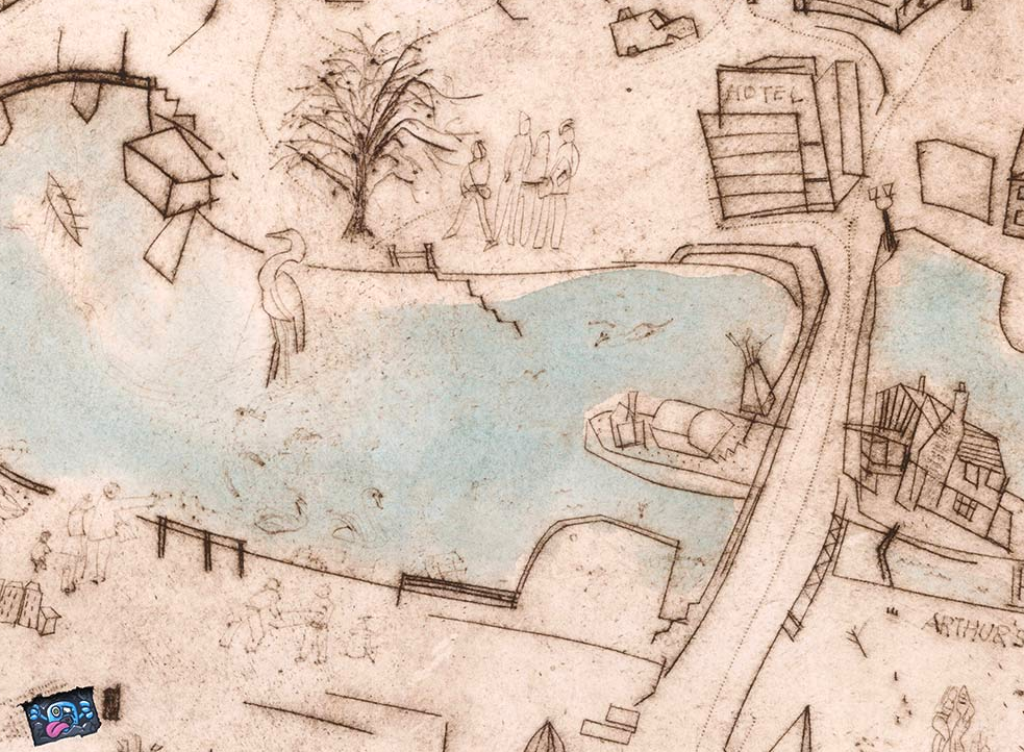 Fresh Film Festival Big City Portrait is a City of Culture project that has been ongoing for the last year and a half. It is an interactive web-documentary which includes content developed by different groups of young people across Limerick city and county.

In 2014, with the support of Limerick City of Culture, Fresh Film Festival and filmmaker Pete Moles worked with young people across Limerick City and County to create a collection of documentary films. Groups, schools and individuals examined places that were important to them in some way. The collection of films produced is now permanently available on this website, a time capsule celebrating a moment and a place in the filmmakers’ lives.

This is not an exhaustive look at Limerick, and there are many thousands more viewpoints not represented. It is hoped that this project will inspire other filmmakers to pick a camera and document a moment in their lives.

The Director of the “Big City Portrait” Pete Moles in action overlooking filming.

The Director of the project, Pete Moles explains: “When approaching this project, I always foregrounded the voice of the subject, and all decisions stemmed from a desire to put the city and county of Limerick that belongs to its young people onscreen. As such, while the participation in the actual mechanical process of filmmaking varied from group to group, in each case the choice of content was led by the subject-participants. The young people were always in control.”

The point of these films is to examine Limerick as a place, by isolating individual places of particular, personal interest to young people, for whatever reason. The non-linear possibilities of a webdoc suits the eclectic collection, and now serves as an archive of a random collection of viewpoints in a particular moment in time. That was always the aim, not to present an exhaustive look at Limerick, but to capture some moments and map them out. Limerick is the subject of this project and the point isn’t to create a definitive statement but, like a portrait, to isolate a unique and fleeting relationship to the subject to capture an aspect of its character.

This project has also consisted of a screening of the collection of films up to that point (in December 2014, the last Made in Limerick project of the City of Culture year I believe). During Fresh’s 2015 festival, there was a projection of the films in the centre of Limerick. Pretty much everyone involved is a Limerick native, from the participants, to the editors, to the web team, to the musician, to the artist. Limerick’s an exciting place to be a filmmaker right now.

This project represents over a year and a half of work, with a constant need for invention and redefining its exact parameters. The administrative talent of Fresh Film Festival ensured this project’s realisation, and the Festival’s unique relationship with young filmmakers in Ireland was invaluable.

The beautiful print created as the backdrop was created to include areas that were discussed both in and out of interviews. Artist David Lilburn included lots of little things to find. It’s worth noting that the print was done in reverse, then flipped back digitally. That means that the print doesn’t exist in its final form until it appears on screen. This is very much in the spirit of the project, where the mixture of media and styles all converge in the webdoc. This map was also inspired by a desire to maintain a level of anonymity; indeed this has served as another guiding principle of the project. There are no comment threads and the films can only be accessed on this site. There are additional films that weren’t included out of respect to the wishes of the filmmakers.

The website is all original code by the talented team at Little Blue Studio.

Fresh Film Festival describes itself as an organisation ‘Encouraging Young People to Make Films’. That is why a booklet on making documentary films has been included in the resources section.

Pete continues: “I hope that this project serves to inspire further filmmaking and is used as a resource by aspiring filmmakers and teachers of film. This collection of films is unique and varied, so there are lots of documentary storytelling techniques on display here. Seeing what works and what doesn’t work for you when watching these films can help develop your own voice. Fresh accepts entries every year. It has been a privilege to work with so many talented and engaged young people. This project belongs to them, and I am delighted to have been allowed into their worlds. While there were too many participants in this project to mention, it is the young people involved that deserve the most praise for their openness, enthusiasm and engagement.”

Signing In Harmony at family fun day at Hunt Museum

REVIEW Limerick Craft Hub in a City of Culture