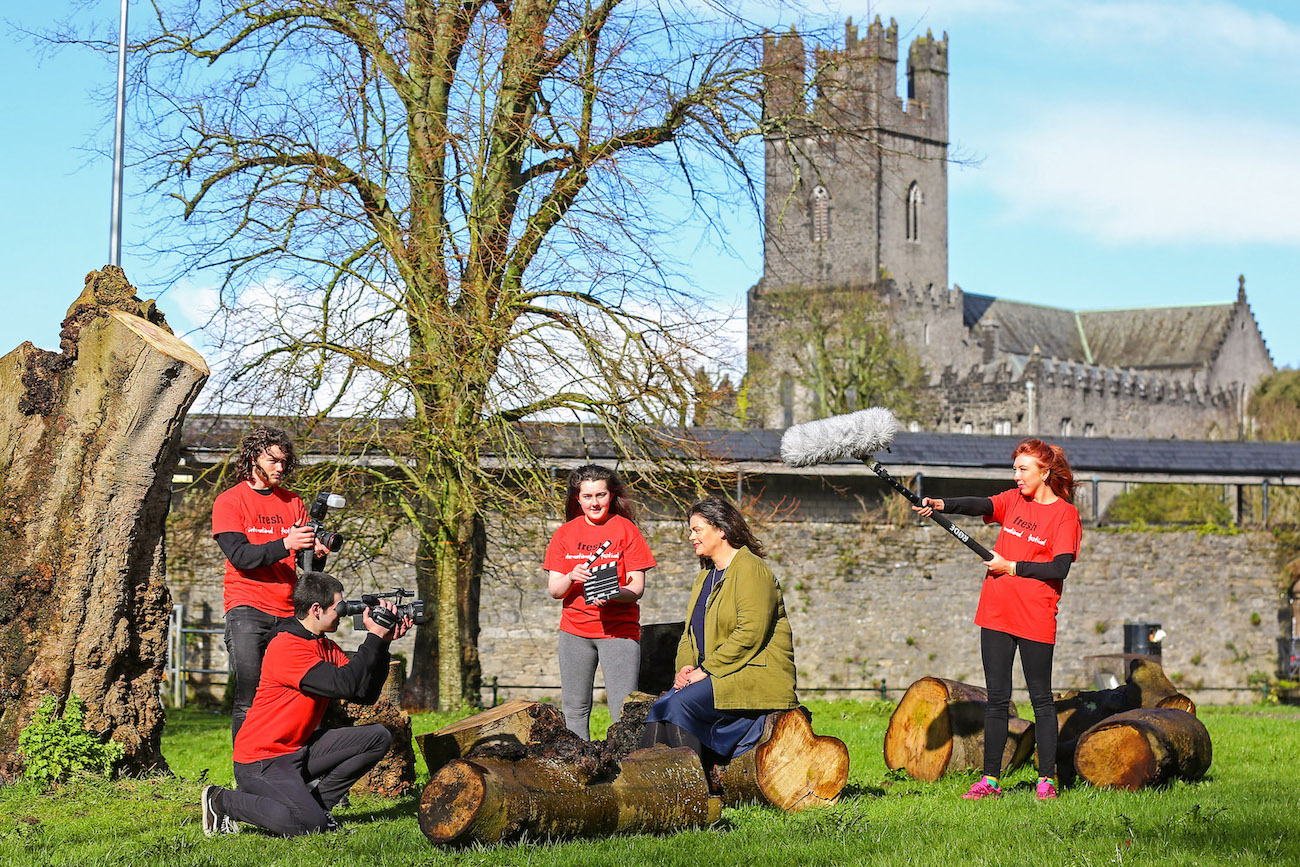 All has changed in the world of film festivals post-Covid-19, and Fresh International Film Festival (March 22-28) is going digital as it celebrates its 25th anniversary of giving young filmmakers a platform to shine.

Jayne Foley, founder and artistic director of Fresh Film, said, “In honour of our 25th anniversary, we are offering an amazing line up of programme events this year, including an alumnus showcase, screenings, workshops and masterclasses. While we can’t bring our community of young filmmakers together in one room right now, we can bring them together online. In the spirit of Fresh, our online activities will connect, inspire and support young filmmakers.”

Justine said, “Being back hosting at Fresh Film, a festival that I once attended as a teen and had my films screened and awarded at is such an incredible honour. I’m so excited to see all the festival entries for 2021, and it is truly a privilege to be here hosting them!”

Stephen added, “I’m delighted to be hosting Ireland’s Young Filmmaker of the Year Awards this year with Justine. In what has been such a difficult year for many, it is incredibly inspiring to see all the filmmakers involved making incredible stories with all odds stacked against them. The future of Film in Ireland is strong!”

Here are our hosts @stephenbyrne and @JustineStafford promoting the Heats for the Young Filmmaker of the Year Awards 2021 from Monday, March 15th to Friday, March 19th (except St. Patrick’s Day!)#freshfilm25 🎥 pic.twitter.com/BaeAwaYePN

Fresh International Film Festival 2021 takes place March 22 – 28 and features an alumnus showcase and a week of film screenings, school workshops and young filmmaker masterclasses. The Junior Finals of Young Filmmaker of the Year will take place on Thursday, March 25, and the Seniors Finals the next day, Friday, March 26, via YouTube live stream.

Thanks to the Arts Council, Limerick City and County Council, The BAI and Screen Skills Ireland, the Fresh International Film Festival fantastic programme of activities is 2021 is free. This year’s virtual programme includes:

Tuesday, March 23 – ‘The Image You Missed’ Feature Screening from 10 am. This multi-award-winning film explores the history, identity, filmmaking, and storytelling and would be a unique discussion piece for your classwork on ‘The Troubles’. For information on how to access the film, please contact [email protected]

Wednesday, March 24 – ‘Take 25’, a special programme about Fresh’s 25 years, will be released via Fresh International Film Festival’s YouTube at 6.30 pm. Fresh Film Director Jayne Foley is joined by a host of graduate Fresh Filmmakers to reminisce and celebrate 25 years of Fresh. From early winners of The Irish School Video Competition to Ireland’s Young Filmmakers of the Years!

Thursday, March 25 – Screening the Junior finalist films and some International films via the festival website plus the announcement of the Ireland’s Junior Young Filmmaker of the Year award winner via YouTube.

At 7 pm, tune in for ‘Meet the Director’ with Dr Tony Tracy in conversation with Dónal Foreman, Director of ‘The Image you Missed’, via Zoom. Booking via Eventbrite.

Friday, March 26 – Screening the Senior finalist’s films on Friday, March 26, plus the announcement of the Irelands Young Filmmaker of the Year Senior award winner via a YouTube live stream.

Did you know that Fresh received over 1000 International films this year? On Friday, March 26 at 10 am, Tune in to view the best in young filmmaking from Texas to Tehran on the Festival website. This programme of films will be available for viewing on www.freshfilmfestival.com/programme until April 16, 2021.

Saturday, March 27 – ‘Young Filmmaker Masterclasses’, with the Screen Composers Guild of Ireland, Hubbard Casting and Dominic Power. This day of film skills is for young teenage filmmakers, and places can be booked via Eventbrite. You can book for the full day or specific elements of the day. For the complete programme of events, visit www.freshfilmfestival.com/programme.

Fresh International Film Festival invites young people from Ireland and overseas, aged 7 to 18 years, to create, exhibit and share films. The festival provides an opportunity for these young filmmakers to have their work seen on a cinema screen for the first time and to compete for the title of Ireland’s Young Filmmaker of the Year. All films submitted are also considered for a range of Specialist Awards, including the Radharc Trust Award (documentary), the Cartoon Saloon Animation Award, the RTE 60 Second Short Film Award and the RTE Factual Award, in addition to the International and Audience awards.

Fresh Film runs several initiatives throughout the year, including a Hothouse programme designed to bring young people of different ages and diverse backgrounds together to share their film experiences and create new collaborative work; they also distribute Irish films made by young people to festivals all over the world.

Related Topics:featuredfresh filmIreland's Young Filmmaker of the Year
Up Next