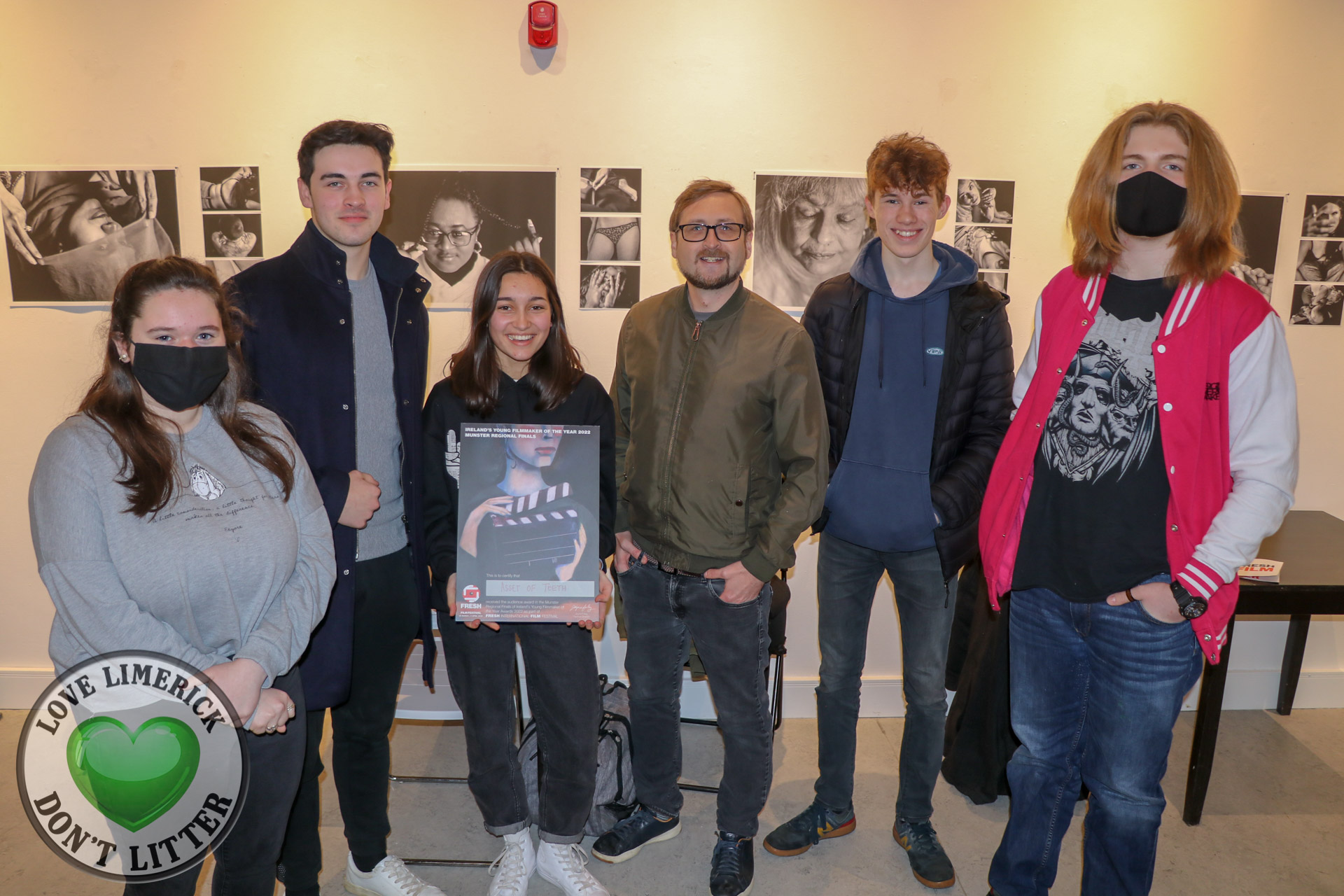 The Munster Regional Finals of Ireland’s Young Filmmaker of the Year 2022 took place on Tuesday, March 14, at the Belltable theatre in Limerick City.

The annual competition, held by Fresh International Film Festival, saw over a thousand film entries from teenage filmmakers across the nation and in all four corners of the world.

The Fresh Munster Regional Finals followed the Dublin, Leinster and Connaught events, from which 12 films made it through to the competition’s grand final – due to take place at Odeon Limerick on March 31.

Filmmakers from across Munster brought 27 films to the Belltable for the Fresh Munster Regional Finals, from which four were chosen to proceed to the Ireland’s Young Filmmaker of the Year finals.

These were ‘Dinner’ by Emilia Ziolek of Limerick Youth Theatre, ‘Assets of Teeth’ by Roisin Leavy-Sahin of Emerging Limerick Filmmakers, ‘Hoodwinkers’ by Michael Antonio Keane and ‘How to Construct an Albatross’ by Liam Murphy, both from Cork.

Limerick’s Roisin Leavy-Sahin also won the Munster Regional Finals Audience Award, which is voted for by the audience of young filmmakers.

The Ireland’s Young Filmmaker of the Year final will take place during the Fresh International Film Festival, which boasts a jam-packed schedule of events this year.

The Limerick-held festival, which celebrated its 25th-anniversary last year, will include a workshop on developing interactive film, a Careers in Screen day featuring a host of guest speakers, and a model-making workshop with ‘Wallace and Gromit’ creators, Aardman Studios.

Established in Limerick by founder Jayne Foley, Fresh International Film Festival is an advocate for young filmmakers, encouraging them to make films and allowing them to screen their work in front of a young, like-minded audience.

Related Topics:fresh international film festivalIreland's Young Filmmaker of the Year
Up Next