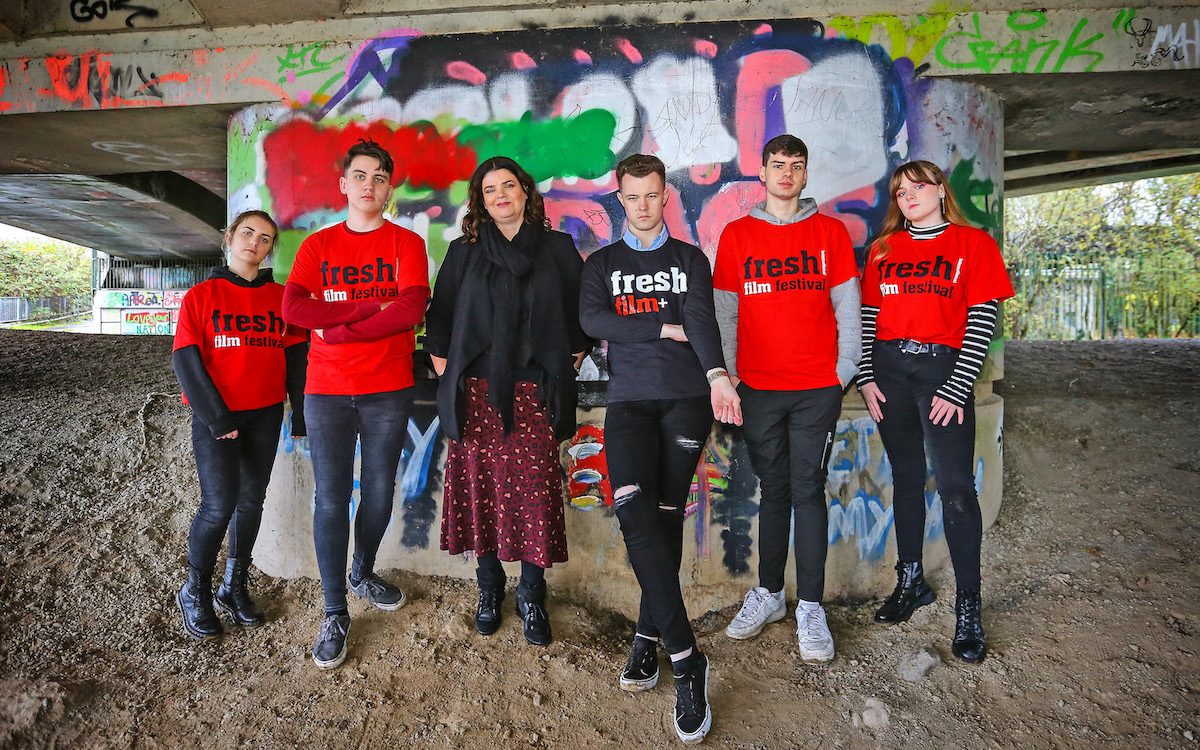 Founder of Fresh Films Jayne Foley is delighted to announce that a selection of the best films from Fresh International Film Festival will be available to watch on the RTÉ Player under ‘Fresh Screens 2021.’

“Fresh is now on the RTÉ Player! Showcasing some of the best young filmmaking and premiering our four funded Hothouse films – more on this to follow. Thanks so much to RTÉ for giving the next generation of filmmakers the opportunity to share their work with such a wide audience,” she said.

The winner of Ireland’s Young Filmmaker of the Year 2021 was 17-year-old Ella Nethercott from Rathgar, Dublin. Her film, ‘Learning to Dance like a Bird’ is available to watch on the RTÉ Player.

Several events help to shape the adolescence of a teenage girl in rural Ireland. Produced as part of Fresh Film’s Hothouse series. Directed by Oisin Keogh.

A teenage girl starts high school during the pandemic. The online classes allow her to hide her disability from her classmates and she fears rejection if she reveals her secret. This animated film explores social acceptance and friendship, and an unexpected bright side of lockdown. Produced as part of Fresh Film’s Hothouse series. Directed by Gabi Bania.

16-year-old Sam plays Dungeons and Dragons every week with her friends George, Luca, Josh and Leo. However, everything goes awry when they run into some criminals who kidnap their Dungeon Master… Produced as part of Fresh Film’s Hothouse series. Directed by Ben de Barra.

Runaway sisters Isabel and Violet drift, grift and shoplift in the hopes of skipping town. But an ironic twist of fate on the eve of their great escape sees them stranded in the marshes, where they reckon with their relationship, futures and places in the world. Produced as part of Fresh Film’s Hothouse series. Directed by Emmanuel Li.

After getting a glimpse of the power of the past, a late teen reflects on the value of his memories, unearthing their emotional weight in the process. A short drama directed by Sean Treacy, Commended for Cinematography at Ireland’s Young Filmmaker of the Year 2021.

Some great news!!Fresh is now on the @RTEplayer Showcasing some of the best in young filmmaking and premiering our four funded Hothouse films. Thanks @RTEplayer for featuring the next generation of film talent Search for ‘Fresh Screens’ on the player #freshfilm #irishfilm pic.twitter.com/0gOvMWD92p

A young girl struggling with Obsessive Compulsive Disorder is taken out of her comfort zone when she meets a boy who helps her to let go. A short drama directed by Ella Nethercott, Ireland’s Young Filmmaker of the Year 2021.

A man investigating an old, isolated house discovers its sinister history. A short animation directed by Max Hendrickson. 2nd at Ireland’s Young Filmmaker of the Year 2021.

Over the years, a young girl named Kit is repeatedly mistaken for a boy. A short animation directed by Nellie Warren. Winner Cartoon Saloon best animation at Ireland’s Young Filmmaker of the Year 2021.

Maybe life can be turned upside down, but sometimes all it takes is a little spark. A short animation made by students of Aquinas Diocesan Grammar School, Belfast. Directed by Shayna Velasquez. Winner best school Ireland’s Young Filmmaker of the Year 2021.

A Guide to the End of the World

Founded in 1997 as part of the Limerick Film Festival as the Irish School’s Video Competition, Fresh Film was originally a school video competition for secondary students.

Now in its 25th year, Fresh Film encourages young people to make films by hosting an annual international film festival for young people, presenting Ireland’s Young Filmmaker of the Year Awards, acting as an advocate for young filmmakers and promoting their work worldwide.

Fresh International Film Festival invites young people from Ireland and overseas, aged 7 to 18, to create, exhibit, and share films. The festival provides an opportunity for these young filmmakers to have their work seen on a cinema screen for the first time and to compete for the title of Ireland’s Young Filmmaker of the Year.

Fresh Film runs a number of initiatives throughout the year and also distributes Irish films made by young people to festivals all over the world.

To watch Fresh Screens 2021 on the RTÉ Player go HERE