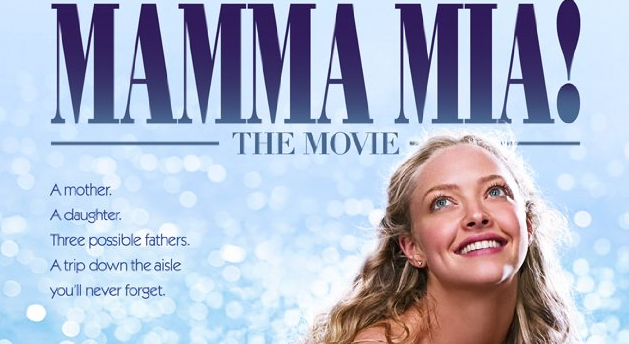 FreshFilmFestival Fundraising Screening of Mamma Mia will happen in the Milk Market on Saturday, July 16. The acclaimed film adaption of the musical, starred incredible actors like Meryl Streep, Pierce Brosnan and Amanda Seyfried.

Founded in 1997 as part of the Limerick Film Festival as the Irish School’s Video Competition, Fresh Film Festival was originally a schools video competition for secondary students. It has since grown into a year round organisation with a focus on national and international filmmakers spanning the primary and secondary age groups. ‘Fresh’ has incrementally grown in scope in response to increasing numbers of entries and ‘Ireland’s Young Filmmaker Awards” now constitute three sections – Junior (7-12 years) – Senior (12- 18 years) and The International Young Filmmaker Awards. Each section is open to individual filmmakers, schools, youth and community groups in these age categories.

The film, presented on the big screen in the Milk Market, details the impending marriage of Sophie (Seyfreid) who has invited three men to the ceremony, one of which she believes is her father. As the three men begin to realise why they are there, love is rekindled for them and for Maria’s mother (Streep).

Directed by Phylida Law with a script by Catherine Johnson, based on her original musical story, the film grossed nearly €600 million when it was released in 2008.

A great story, beautiful locations – the film was shot on a Greek island – and comical scenes are all mixed to perfection – with a soundtrack of Abba songs to the fore make this a feel-good summer movie. ‘Dancing Queen’, ‘Money, Money, Money’, ‘The Winner Takes it All’ are among the Abba classics, sung by Streep and Seyfried and others. Even Pierce Brosnan has a go at a number.

This screening is part of the Movies at the Market season and Market stalls will be open on the night. Patrons are advised to dress with due care for the weather as the Market may get cold later in the evening. The screening begins at 10 p.m. Tickets are available from: www.eventbrite.ie or from Harpers Café in the Market on Fridays, Saturdays and Sundays.

To look at other stories about FreshFilmFestival we at I Love Limerick have covered click here.