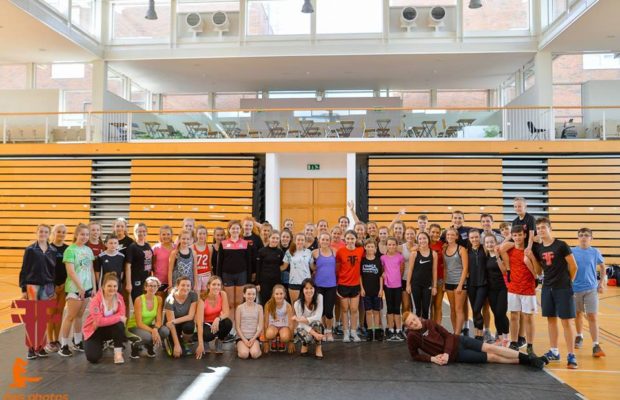 Fusion Fighters Showcase 2018 is bringing the popular online community Fusion Fighters on August 16 to the Millennium Theater in Limerick Institute of Technology.

The performance features world-class music accompanying Fusion Fighters and the talented cast of over 60 dancers from ‘Fusion Dance Fest 2018’. The camp has grown into the most diverse Irish dance camp in the world with over 15 different nationalities in the cast and including various styles of dance taught by renowned Show Stars, Choreographers & World Champions.

Since the first Fusion Dance Fest in 2016, the cast has been invited to perform on the Late Late Show, Fleadh TV, the Irish Dance World Championships and many viral video projects for major media brands including Irish Independent/ Irish Post/ Belfast Telegraph and Irish Central amassing over 100 Million views and gaining over 100K followers for the brand.

When asked how to describe Fusion Dance Fest, Director and Founder Chris Naish said: “I have described it as the most inclusive performance Irish dance camp in the world because of the professional performance opportunities it gives all of our cast members and not just the elite few.”

“Based on the feedback we have got from our previous cast members I would say the best way to describe it is a brilliant way to get our online community of dancers together and prepare them for the big stage, to build their confidence (on and off the stage) and a fantastic way to make new lifelong friends from all over the world, “ he added.

The hosts ‘Fusion Fighters’ is a progressive performance company and online community first launched on St Patrick’s Day 2013 at the Mayor of London Festival in Trafalgar Square.

They have branched away from what has become the typical Irish dance experience in order to still preserve the Irish art form whilst developing in ways to also suit a modern audience. Their initiative has continued to grow and has now established itself worldwide working intensively in the creation, production, and delivery of unique campaigns and community projects.

Their motto of ‘Creativity and Inclusion’ can be seen in their projects where they are always striving to have a community focus and to include dancers of all levels, dance styles, and backgrounds.

The aim is to teach them a range of Irish performance styles as well as introducing and fusing other dance forms like Sean-nós, Tap, Contemporary and Body Percussion into the mix. The presentation of the Fusion Fighters performances is renowned for the uniqueness in approach to choreography, the inclusion of stunning imagery and the collaboration of both modern and traditional Irish music.

“I have seen dancers grow tremendously from this intensive experience by living and breathing Irish dance from the best and it’s been an absolute privilege and an extremely proud moment to see previous cast members go on to achieve their dreams of performing and touring with Internationally known productions and make dance their full-time career!” said Chris.

The primary focus of  Fusion Fighters Showcase 2018 is to help dancers training for the professional stage and the give them the confidence and performance skills needed to propel them to the next level. Not only will the cast have the pressure of creating and performing a full show at the Millennium Theatre on the August 16th, but they will be performing on the Main Stage and Fleadh TV in Drogheda on the 18th/19th putting their new found skills to the test.

For more information on the Fusion Fighters Showcase 2018, go here