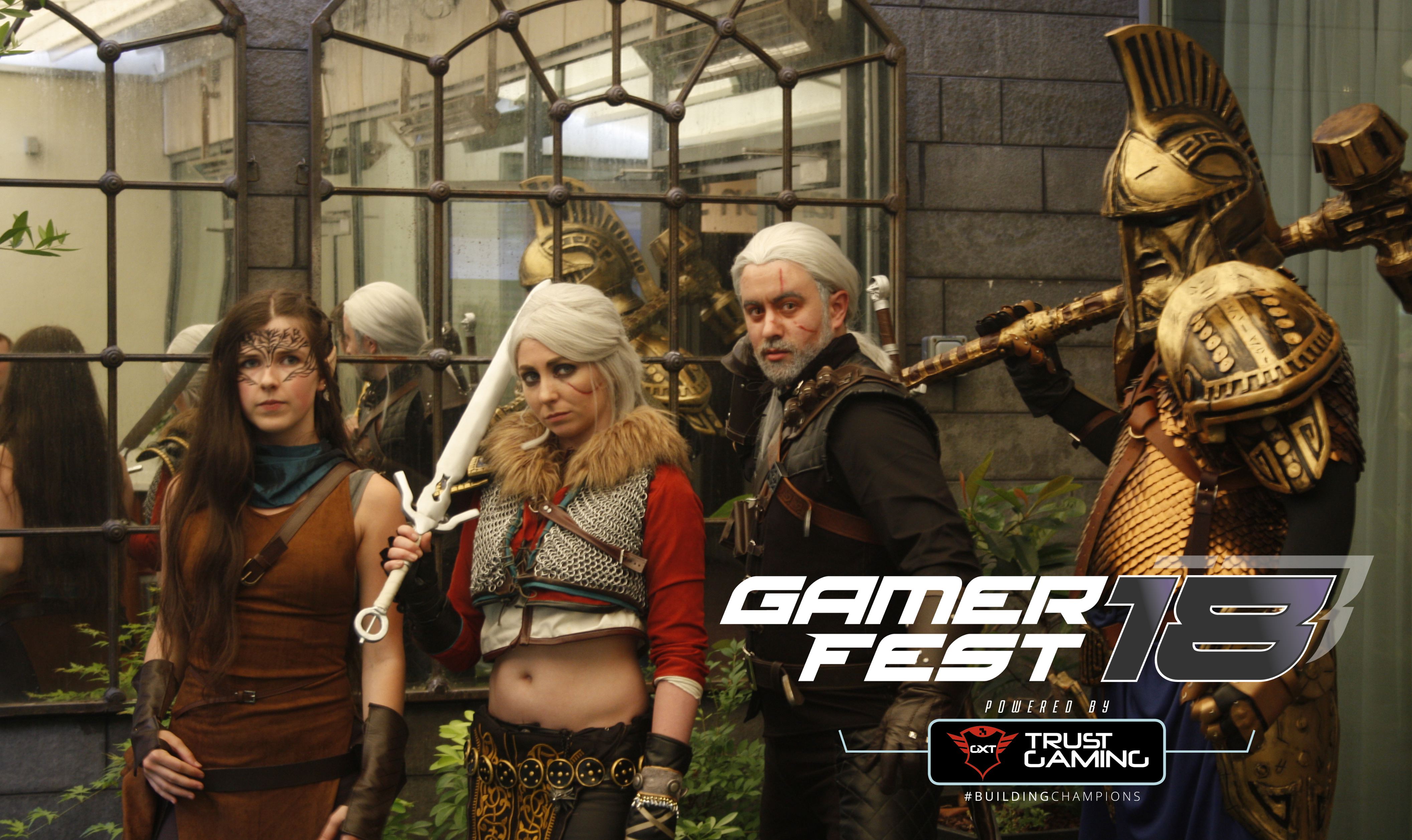 Gamerfest took place at the Strand Hotel, with a whole host of special guests in attendance including Antitinkerbell, ImScottJones, and NintendoImpactGaming.

Over 1300 visitors descended on Limerick’s biggest ever gaming & YouTuber festival Limerick GamerFest, over the June Bank Holiday weekend, enjoying a huge range of gaming and Live Stage entertainment. The event took place at the Strand Hotel, with a whole host of special guests in attendance including Antitinkerbell, ImScottJones, and NintendoImpactGaming.

Central to the two-day Limerick GamerFest event was the GamerFest Live Stage, where visitors took in a packed schedule of gaming challenges, cosplay and YouTuber interviews. Acting as host for the Live Stage, special guest Petso of AllCast Irish Gamers said, “The energy from the crowd was just unbelievable. With the amount of gaming & virtual reality entertainment on show, everybody had an absolute blast.”

A huge draw of the festival was the much-anticipated FIFA 18 Challenge, with 64 players taking part over the course of the weekend. Of particular interest was the participation of local FIFA 18 star Conran Tobin, aka Rannerz. Having recently won the Gfinity Elite Series FIFA 18 finals in London, he was a class above the rest of the competitors, comfortably winning the Saturday Grand Final on the Live Stage.

Visitors to the event were also eager to see a sneak preview of the upcoming blockbuster game The Crew 2. Although the game isn’t released until the end of June, GamerFest Limerick was the first event in Ireland to demo the much-anticipated release. YouTuber LittleMarMan was on hand to show off the game on the Live Stage and believes the game is going to be a huge hit. “Ubisoft has definitely raised the bar with The Crew 2; I had so much fun playing it. I can’t wait to get it when it’s released.”

Throughout the weekend visitors were treated to continuous giveaways and prizes by partners of the event, Trust Gaming, including VR glasses, gaming speakers, keyboards, and headsets. Monster Energy was also on hand with no shortage of complimentary energy drinks to keep the festival ticking over.

GamerFest Project Manager Laura Hester is looking forward to continued growth of the festival over the next 18 months. “With GamerFest Limerick having been such a great success, we are already looking forward to our next event when we host GamerFest Galway later this year. And then 2019 is even busier when we add a Dublin festival to our schedule, so we have big plans ahead. Our Facebook and Twitter pages will be regularly updated with the latest updates and offers.”

For more stories about Gaming in Limerick click here