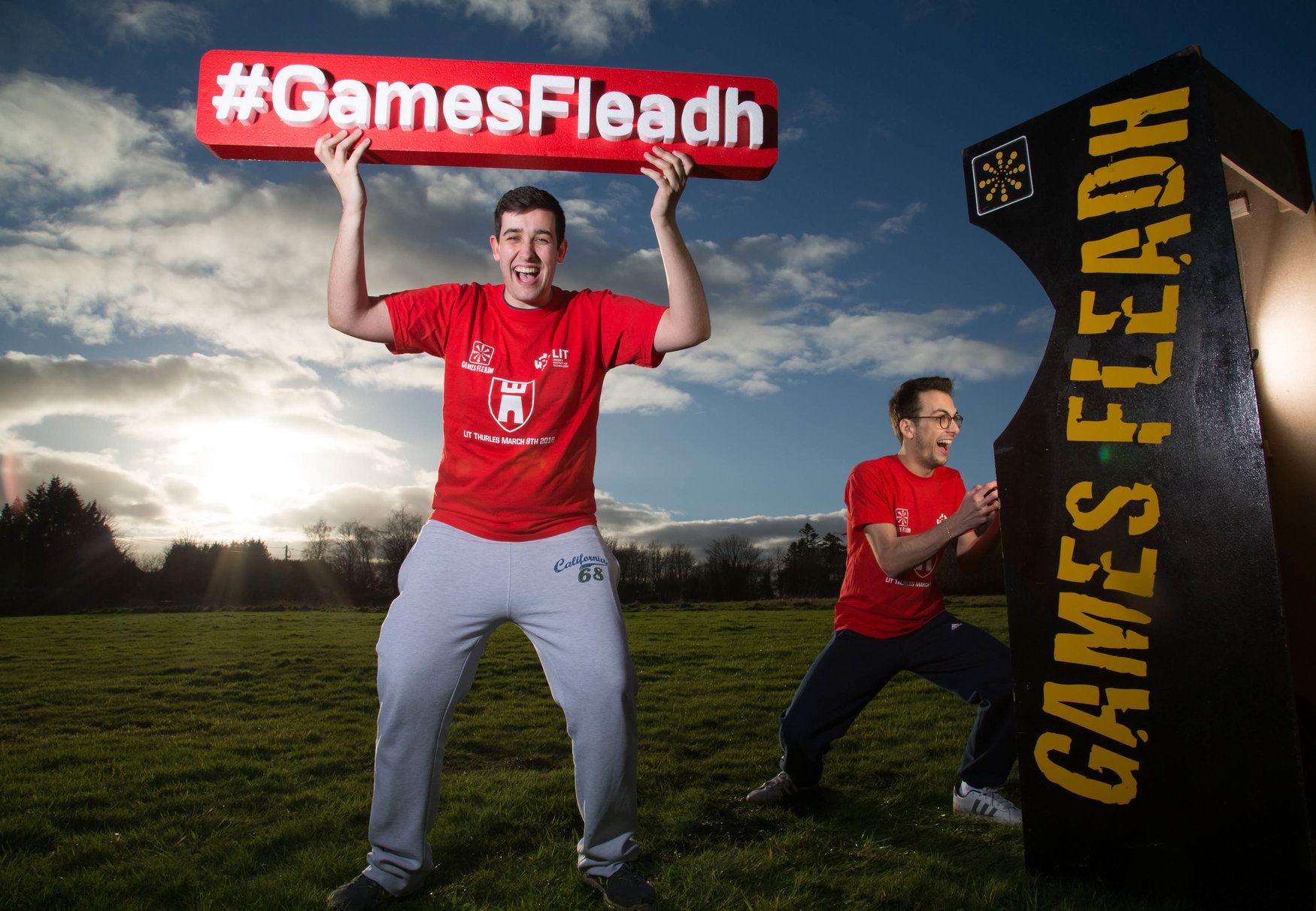 Irish game companies are dominating a very competitive marketplace populated with 500 new games onto the mobile platform every day, according to the organisers of Games Fleadh 2017.

In its 14th year, Games Fleadh continues to lead the way in recognising the brightest and best among the country’s student game developers, while also bringing together the collective knowledge of some of the leading names in the gaming industry.

This year’s event is no exception, with representatives from Microsoft, EA Games, GameSparks, First Data, Simvirtua and Imirt gathering at the Limerick Institute of Technology (LIT) campus in Thurles on Wednesday, March 8, 2017, to lend their support to an all-island games design and development competition for third-level students.

There is a fresh excitement and optimism ahead of this year’s games as event organisers say the Irish game’s design and development sector is vibrant and growing, with new releases such as TheLittle Acre by Pewter Games Studios, and Biker Mice: Mars Attack! by 9th Impact. The recentestablishment of Imirt the Irish Game Makers association is providing opportunities for networking, community growth and development.

“The high demand for games development graduates by a broad cross section of game development firms, as well as demand from complementary IT firms such as First Data, a payments technology company who will be opening in Nenagh in 2017, lends further evidence to the growth and optimism in this sector ” said Dr Liam Noonan, event organiser and lecturer at LIT’s Game Design and Development degree in Thurles.

Speaking at the launch of Games Fleadh 2017, Dr Noonan added, “Games Fleadh continues to be a fantastic networking opportunity for the Irish game development sector and in many ways, it is the Game Development Oscars for our undergraduate students on the Island of Ireland.”
Games Fleadh will feature a keynote talk by Imirt, as well as talks by leading industry professionals from Microsoft, EA, Game Sparks and Simvirtua.

Topics will include services that your game should be leveraging, maintaining visibility, sourcing funding, and the AR and VR technologies.

“The topics being discussed at Games Fleadh 2017 will provide practical insight and advice to students and visitors as they begin a career in an industry where they must learn to adapt and compete,” concluded Dr Noonan.

Games Fleadh will also host a number of competitions on the day with numerous EA titles being provided as prizes for the various competitions.

Commenting ahead of the event, Stephen Howell, Academic Engagement Manager, Microsoft Ireland said, “We are delighted to sponsor Games Fleadh 2017. This is a fantastic event and has a great track record over many years of encouraging the brightest and best from the world of games design to get together and share insights. It pairs students with representatives from industry, leading to interesting conversations and skills-sharing.”

EA said of Games Fleadh 2017, “We at EA welcome the opportunity to support game development competitions in Ireland and to work with the various 3rd level Institutions to ensure we have talented graduates to avail of the many career opportunities in this sector. We look forward to meeting the many games design and development students from across Ireland at LIT Games Fleadh 2017 and sharing our experiences.”

VIDEO DFS Novas Fundraiser with Roisin Lafferty is a success!