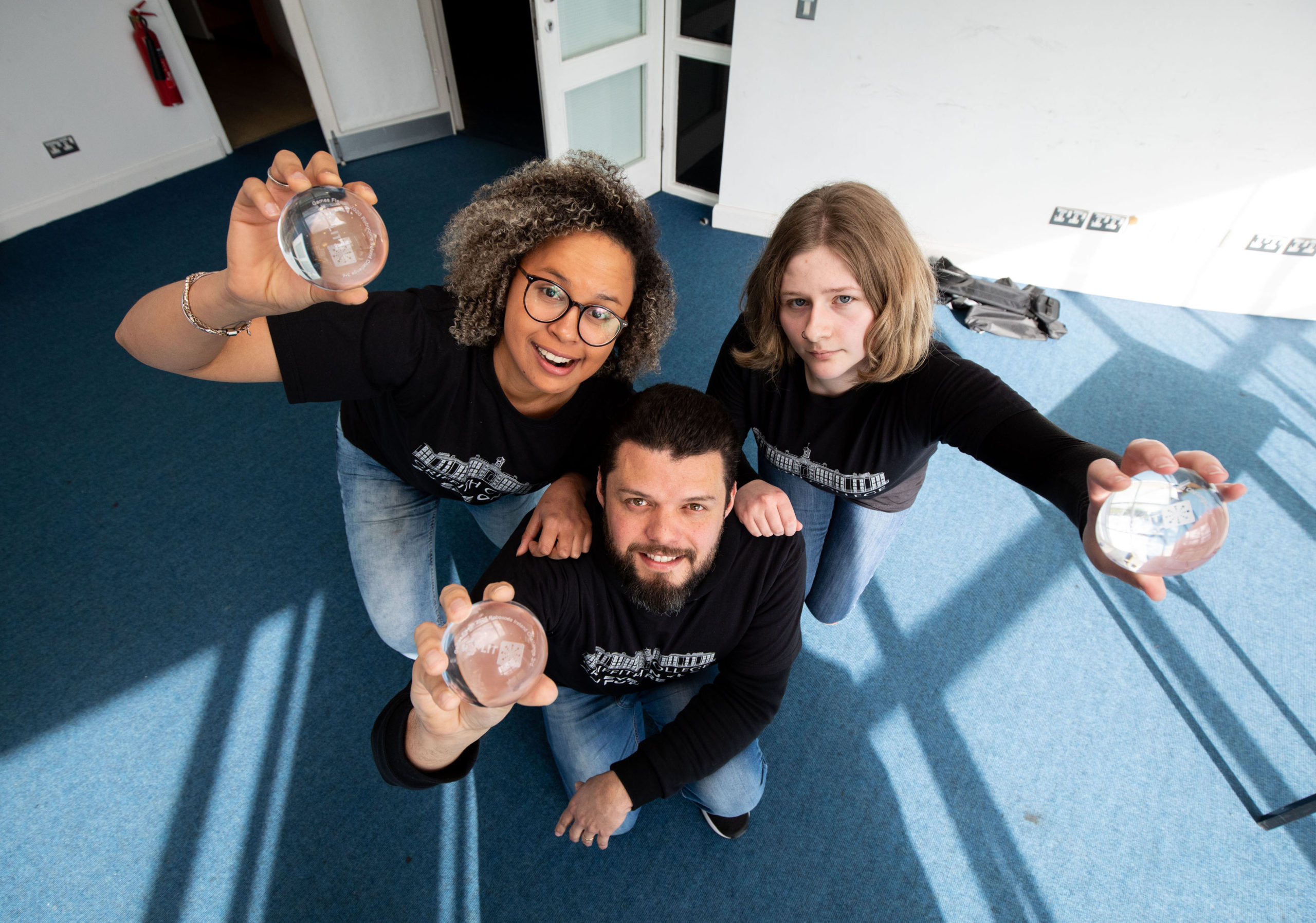 Limerick Institute of Technology (LIT) won four categories at the hotly contested Irish Games Fleadh 2020, which was held at the LIT, Thurles Campus.

The number of competitors taking part this year at Games Fleadh 2020 was at a record high, with a total of 27 entries from nine colleges vying for one of the coveted titles or hoping to come out victorious in the Robocode series. 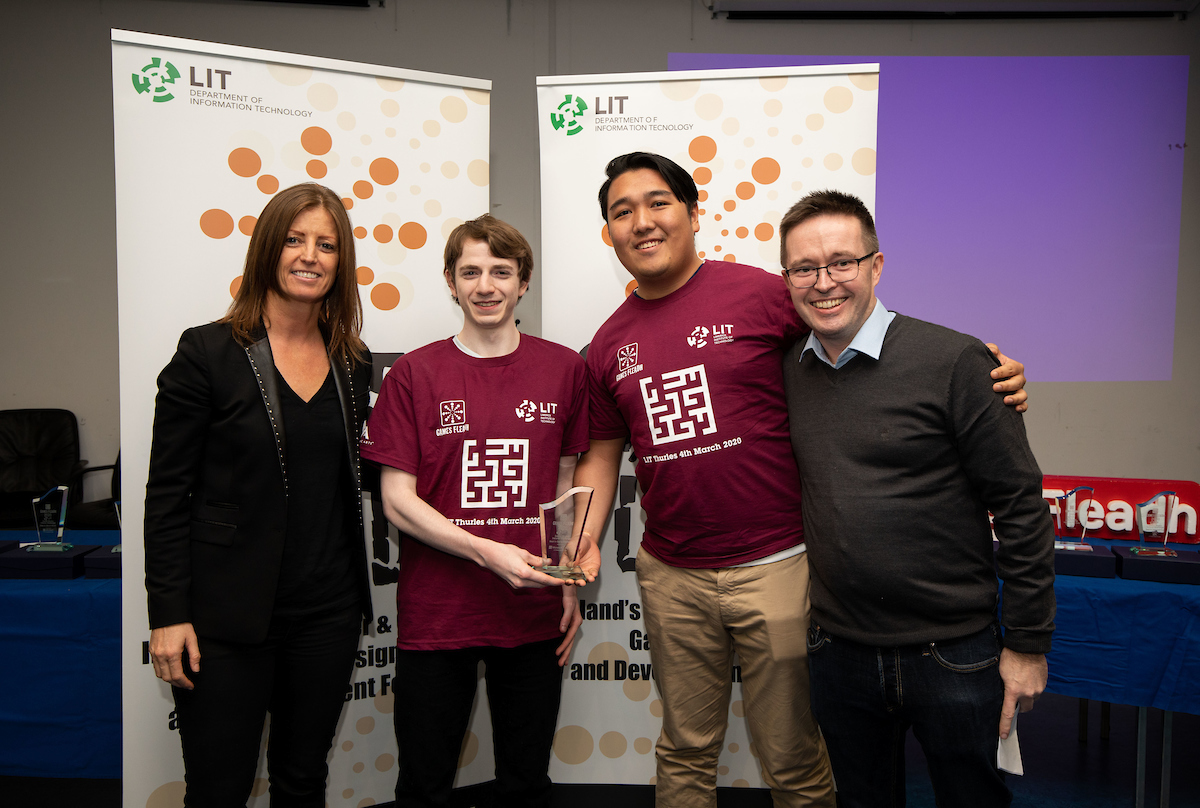 Photographed at Games Fleadh 2020 were Best in Game Mechanics, LIT’s Amaze-Mint: Race to Rob a Bank, Justin Reece and Diego Tong presented with their prize by Janice O’Connell, Head of Department of IT LIT and Liam Noonan, Lecturer LIT. Picture: Alan Place

Hundreds of software developers and game enthusiasts attended the daylong event that showcased the best of the third level game development community.

Games Fleadh 2020 also allowed second and third-level students to explore possible careers in an industry worth €148.8 billion, and learn more about the social conscience of the gaming world.

Congratulating all competitors and winners, President of LIT Professor Vincent Cunnane said, “Games Fleadh continues to lead the way in recognising the brightest and best among the country’s student game developers, while also bringing together the collective knowledge of some of the leading names in the gaming industry. Now in its 17th year, I am pleased that Games Fleadh, here at LIT, Thurles Campus, continues to go from strength to strength.”

Games Fleadh 2019 Organiser and Game Design & Development Degree Lecturer at LIT Dr Liam Noonan paid tribute to the international companies that continue to support the event year on year. “Without sponsors such as Microsoft and the support of companies such as Havok and EA, Ireland’s Games Fleadh would not be the success that it is every year. I would also like to acknowledge the support of Irish charity Trocaire this year, who’s representatives discussed with students the powerful impact games can make in the areas of climate justice, human rights and sustainable development goals.”

Dr Janice O’Connell Head of Department of Information Technology at LIT paid tribute to the organisers.

“I am very proud of the Department of IT members today, and their passion, enthusiasm, and determination to drive and organise this year’s Games Fleadh. The 2020 theme addressed social conscience and positive world change, which was evident through the variety of extremely high calibre games on display. This was once again a super day thanks to a wonderful event that highlighted the skill and abilities here at LIT. Congratulations to all involved, and particular thanks to Dr Liam Noonan for his extraordinary efforts in making the event a huge success.”

Best in Use of Physics Algorithms Mini Golf Dungeon LIT

Best in Use of OO Evil Castle TU Dublin

Best in User Interface Design Build A Maze IT Carlow

Best Original Innovation in Gaming Build A Maze IT Carlow

Best in Use of AI Algorithms The Swarm! IT Carlow

Best in use of 3D Rupture GMIT

Related Topics:Irish Games Fleadh 2020limerick institute of technologyrobocode
Up Next