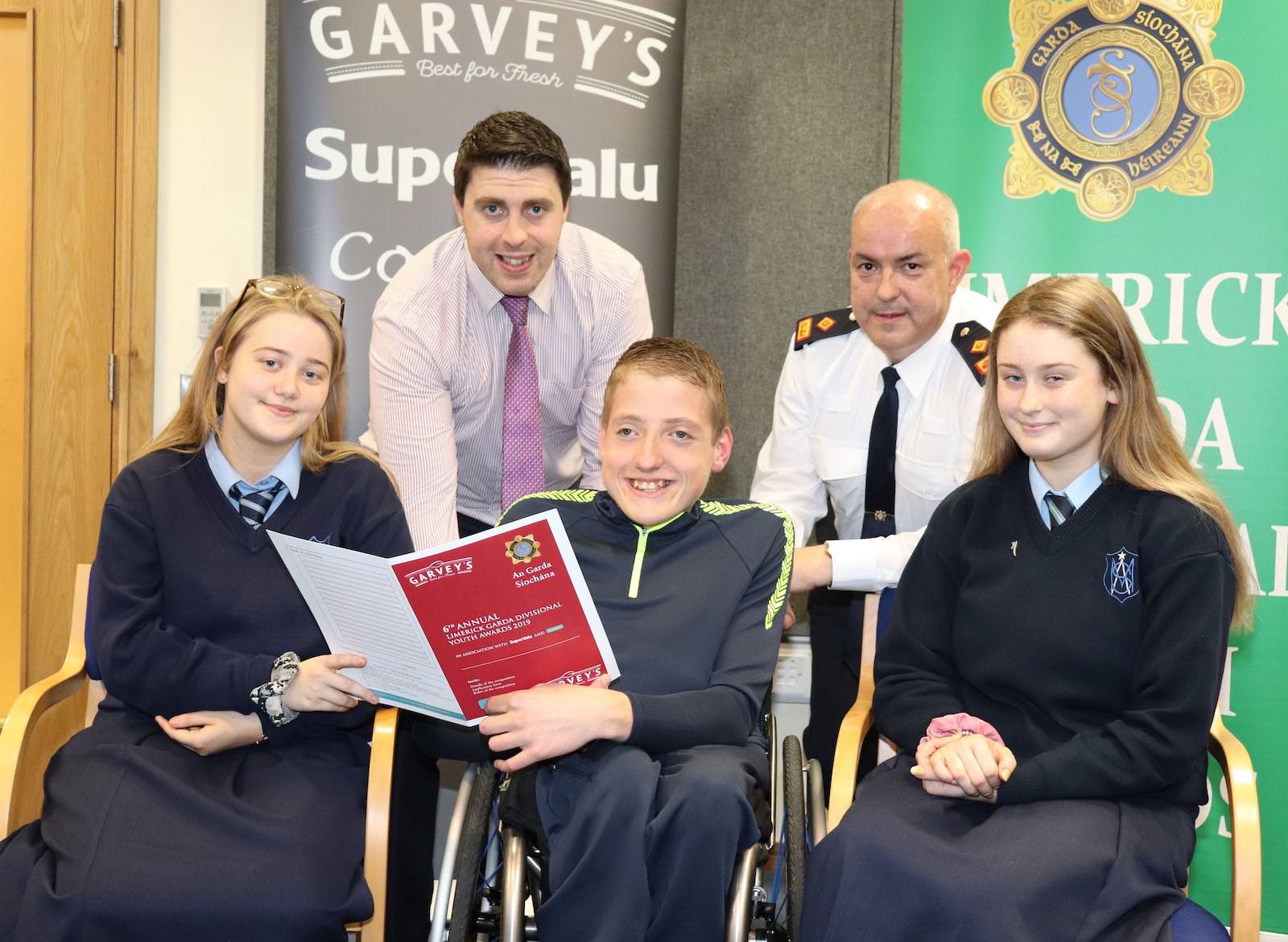 Young people in Limerick often get bad press and this has prompted local Gardaí to highlight the more positive attributes of young achievers throughout the city and county.

The Limerick Garda division has launched its annual awards to acknowledge the achievements of young people who are making a difference in their own lives and in their communities.

Garda Seamus O’ Neill said, “It’s great to recognize good work be done by young people as their family and friends nominate them. It brings something positive to the community.”

Awards will be considered for nominated young people who by their presence, activity and contribution make their communities a better place to live in.

Since the first awards ceremony in 2014, there have been over 40 overall winners out of nearly 400 nominations.

Every person nominated will receive a certificate of nomination while the overall winners will be presented with their awards at a function in the Woodlands House Hotel in Adare on Thursday, November 21st, with the National awards set for Saturday, April 25th, 2020.

Anyone can nominate a young person between the age of 13 and 21 years who is involved in any type of community activity, is helping in a voluntary capacity or who has done something extraordinary.

Nomination forms with rules of the award scheme are available from the Juvenile Liaison Office Mayorstone Garda Station Limerick at 061 456986, any Garda Station in Limerick City or county or on the Garda website.

Chime raise awareness for Deafness and Hearing Loss in Limerick