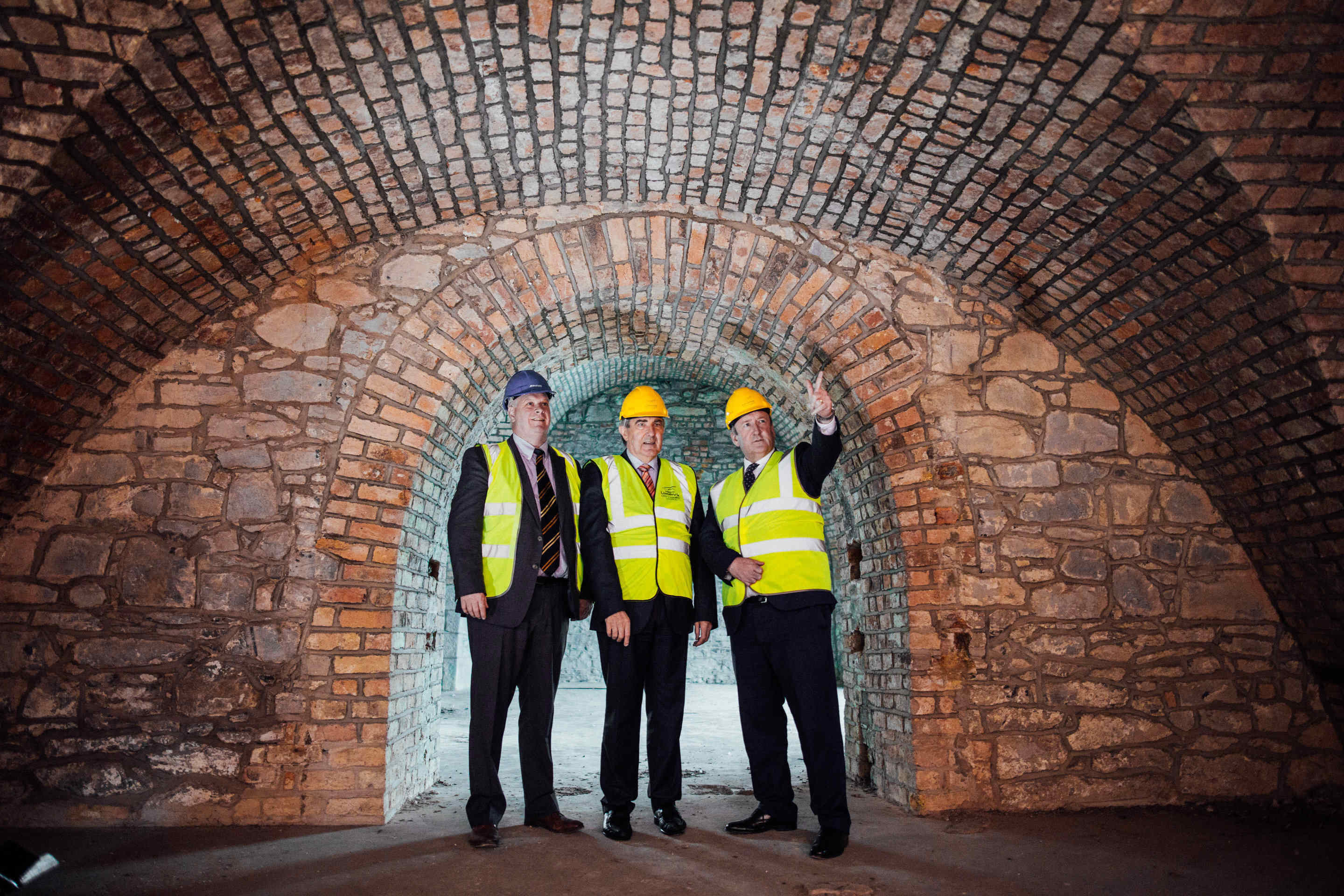 The most transformational and largest commercial property development programme outside the capital kicks off as work begins on the first Limerick Twenty Thirty contract. The 100,000 sq ft Gardens International Office on Henry Street will be the first speculative build under the programme, which overall will see over €500m worth of investment in creating state-of-the-art office, retail, residential, education and enterprise space in Limerick.

‘The Gardens International Office contract, which will be developed at a cost of €17.6million, is the first of three major projects that will transform inner city Limerick, creating 1.4million sq ft of prime real estate for various uses and turn the Mid-West capital into a living and working city centre.

The wider programme is aimed at attracting 5,000 new jobs in Limerick over the next five years, with The Gardens International Office building set to accommodate 750 posts and support 150 jobs during construction.  Work on the project will begin on April 18th next, with a completion date of late 2018.

The contract for ‘The Gardens International Office’ project was signed last week by JJ Rhatigan & Company builders and Limerick Twenty Thirty, which is the first special purpose vehicle of its kind in Ireland and was created by Limerick City and County Council to purchase and build strategic but unused key sites in the city.

“Limerick’s time has come and timing is a key aspect of this given the capacity constraints and competitive issues that other cities who want this type of investment have.  It’s also timely from a Brexit perspective as Limerick, with high-end projects like this, will be the best placed and most competitive English-speaking city in the EU for inward investment. We will have state-of-the-art space in a city that has been revitalised over the last three years or so but remains an extremely cost-effective location for operating international business in and from.”

Said Conn Murray Chief Executive of Limerick City and County Council:  “We have already seen significant job creation and over €1.3 billion invested in Limerick over the last three years with the fastest growing employment rate in the country. The Gardens International Office will now trigger a new wider programme of investment in infrastructure to bring that record period in Limerick to another level.

“Limerick is rejuvenated, it is attracting a lot of international attention and now we will be able to offer what FDI and indigenous investors mostly look for – inner city locations in a vibrant city where people can work and, indeed, live. This will be a landmark project for Limerick and in time we will look back on it as a pivotal moment for the city and region.”

The Henry Street site was partly constructed during the boom but has remained a shell development since work ceased there several years ago. The five-floor development will be suitable for a range of uses and will be Limerick’s first city centre LEED Gold certified office scheme.

It has been designed to a high spec, with a modern office feel dovetailing and entirely complementing the aesthetics of an architecturally significant building considered one of Limerick’s most unique. Developed in 1808 by the Roches family, the old limestone-faced building with stunning red-bricked internal barrel vaults was a revolutionary project for its day, having been designed with a sophisticated heating and irrigation system to support roof-top hanging/vertical gardens with vegetation such as exotic fruits like oranges, grapes and pineapples.